Now in his third season at the helm of the Lady Raiders program, Harnish is the seventh-winningest coach in women’s NJCAA basketball history and the fourth-winningest active coach.

After the win, Harnish said, “I owe a lot of people a lot of credit for the success of 800 wins and I certainly couldn’t have done it alone.”

The veteran coach began his coaching career as a men’s assistant at Western Nebraska Community College in Scotts Bluff, Nebraska. Then, in 1988, he was named head coach of Western Nebraska’s women’s team where he posted an amazing 23-4 record in his rookie season.

That was the start of 28 consecutive 20-win seasons, including nine seasons with 30 wins or more.

“You know, when you look back, I think when you start coaching, you never look at the wins and losses,” Harnish said. “You never think you’re going to get to that period of time in your life. It’s remarkable, the career I’ve had and being able to achieve that.”

Harnish added, “But, really, everything goes to the administrations at the schools that allowed me to coach. Western Nebraska hired me – Dr. John Harms – and then the same here at Roane State with Dr. [Chris] Whaley who gave me the opportunity to keep on doing something I love.”

The veteran coach concluded, “I definitely owe both institutions a lot. And most of all I owe a lot to all my players who put a lot of hard work in and certainly I couldn’t have achieved this without them. They believed in me and believed in our program.”

As for tonight’s contest, the Lady Raiders bested the Lady Bucks of Motlow College, 74-56.

Roane State jumped out to an 18-15 lead by the end of the first quarter. They extended that lead to 27-23 at the intermission.

The Lady Raiders poured it on in the third quarter, extending their advantage to 16-points, 50-34. The fourth quarter was a slug-fest, which Roane State won, 24-22, allowing them to earn the historic win while improving their season record to 13-5 (3-4 in conference play).

The Lady Raiders game at Jackson State on Saturday, Jan. 22, has been cancelled due to COVID protocols. The team returns to action on Monday, Jan. 24, with a matinee contest at Bryan College. 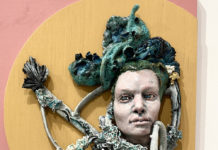 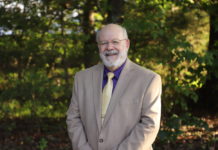 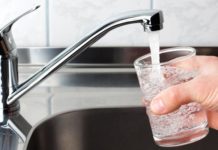