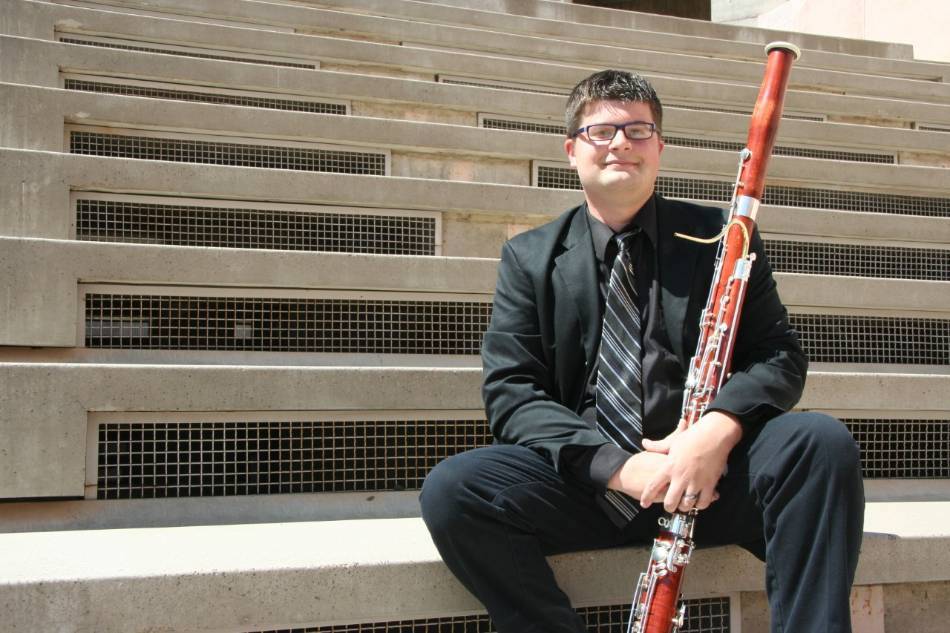 COOKEVILLE – Tennessee Tech University’s School of Music presents Martin Van Klompenberg on bassoon with Jan Corrothers on piano at a musical performance on Wednesday, March 9, at 7:30- 8:30 p.m. in Wattenbarger Auditorium.

Van Klompenberg has been a bassoonist with the United States Army Bands since 2013. Currently, he performs with the 101st Airborne Division “Air Assault” Band out of Fort Campbell, Kentucky. He previously performed with 323rd Army Band “Fort Sam’s Own,” at Fort Sam Houston, Texas, the 282nd Army Band at Fort Jackson, South Carolina, and the United States Air Force Band of the West.

He attended the University of Arizona, where he obtained the Doctorate of Musical Arts degree before joining the ranks of military musicians. He also earned degrees from Arizona State University and Western Michigan University.

Van Klompenberg is active in commissioning projects for new works for bassoon, working with composers such as Jamie Leigh Sampson, Dylan Findley, Rob McClure, and Brian Bunker. In 2021, he premiered “As You Speak” for alto flute and bassoon by Malaysian composer, Shao Fern Teo, along with flutist Danielle Breisach.

Corrothers is a Collaborative Pianist and Organist based in the Nashville area where she was recently appointed full time Staff Accompanist for the Music Department of Austin Peay State University in Clarksville, Tennessee.

In demand as a collaborative pianist, she performs as Accompanist for many choral conventions, workshops, festivals, recitals and reading sessions across the United States and abroad.

She has held positions as Staff Accompanist and Adjunct Faculty member at Xavier University, Northern Kentucky University, Alderson Broaddus University and Marietta College. She served as Principal Accompanist of the award-winning Cincinnati Children’s Choir from 2006-2016.