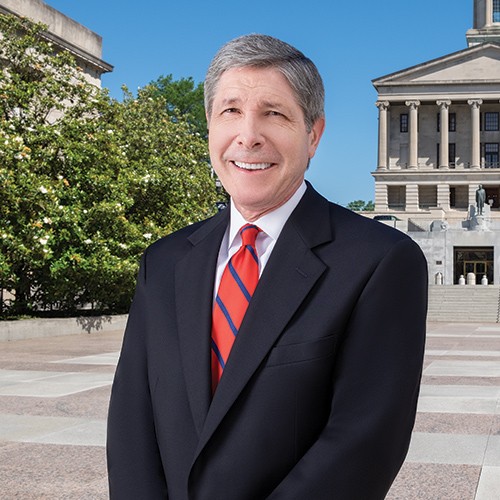 NASHVILLE – Tennessee Governor-elect Bill Lee today announced the appointment of Bob Rolfe to his cabinet for the Department of Economic and Community Development. Rolfe has served as TNECD commissioner since March 1, 2017.

“As a lifelong Tennessean, it is a great honor to have the opportunity to continue my work in public service along with my colleagues throughout the state,” Rolfe said. “We remain focused on creating a business-friendly environment that gives companies around the globe the confidence to locate, invest and grow here.

“Our unwavering commitment to rural Tennessee will carry on with Governor-elect Lee. In just three short years, we were able to increase our job commitments in rural Tennessee from 28 percent to nearly 50 percent, and I am confident that we will build upon this momentum in the new administration,” Rolfe added.

Focus has shifted greatly toward rural Tennessee and has become a top priority for TNECD in recent years. Since 2017, the department has provided more than $34 million in funding to rural communities throughout the state. In addition, companies have invested $3.5 billion and committed to create more than 17,000 new jobs in rural communities over the past two years.

Increasing Tennessee’s global footprint has been another important initiative for TNECD. During Rolfe’s 22-month tenure, he led Tennessee’s efforts in the recruitment and expansion of nearly 70 international companies that have committed to create more than 12,200 jobs. Representing 22 countries, these companies have invested $3.4 billion in the state.

Under his leadership, Tennessee also landed a 5,000-job Amazon project, which represents the single largest jobs commitment made by a company in Tennessee’s history.

Prior to joining TNECD, Rolfe served as chairman and CEO of Medical Reimbursements of America, a company that provides specialty reimbursement solutions for more than 500 hospitals and health systems across the country. In 2011, he co-founded West End Holdings, a private equity partnership that acquires and manages underperforming companies, transforming their operating and financial performance. Rolfe spent the first 18 years of his career as an investment banker at J.C. Bradford and Co.

Governor-elect Lee’s cabinet appointments will be sworn in on Jan. 19 during the inaugural ceremony in Nashville.

40 more mentors needed across the UC

Anatolia Granite and Marble Corp to expand in Putnam County