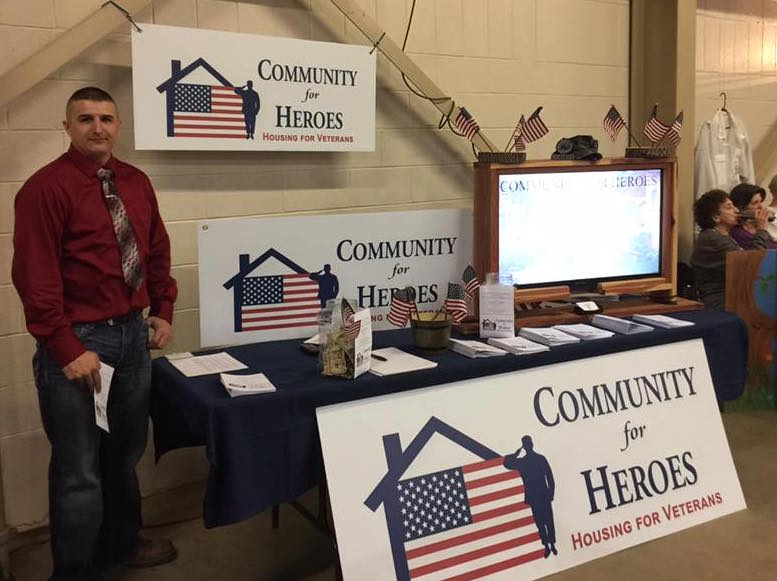 His plans for a tiny house community in Cookeville aren’t built on the latest HGTV craze. There’s a much bigger purpose than that.

The homes, he hopes, will serve as both short- and long-term housing for homeless veterans. A cause that, for him, hits very close to home.

“I, myself, had been homeless at one time,” Pack says.

Pack was a member of the Navy’s CB, or construction battalion. There were tours in Iraq, Afghanistan, and other places. But when he returned, a PTSD, post traumatic stress disorder, diagnosis led to his eventual discharge.

And although he had family support, the stress worsened.

“Between the nightmares, lack of sleep, and short temper with my family… I feel like I became a monster,” he said. “So I left home and started couch-surfing and living in the streets.”

He landed in Texas but also landed a good-paying job. When that job moved him to Paducah, Kentucky, Pack built his own tiny house on wheels, and moved into an RV park.

This is where the story shifts.

In that RV park, Pack found a self-built community of other veterans – multiple generations from multiple branches. Not only did they inspire his cause, but the experience also helped him better manage his PTSD.

“I thought I had been dealing it – I thought, ‘I’m a man; I can handle this’ – but I had pretty much closed myself off to the world,” he said. “For lack of better words, these guys dragged me out of my house and made me hang out with them. They pushed me to go get help. It kind of hit me, how much changed just from being a part of this community.

“They had basically formed their own help group,” Pack added. “I had stumbled upon it; they had stumbled upon it. But veterans have been doing this kind of thing for years,” he said. “I just thought, what if they didn’t have to stumble upon it? What if it was somewhere they could go? That was the beginning.”

Pack quit his job, moved back to Cookeville, and formalized a nonprofit, Community for Heroes, which obtained its 501(c)3 designation in January. And he has made significant headway in his mission since.

His goal is to build 100 or more tiny homes, roughly 300-450 square feet each. Vets won’t be able to purchase the homes, per say, but will be required to donate “sweat equity,” for upkeep and outside non-profit work. “In my opinion, no one has ever really benefitted from being given something for free,” Pack says.

The community will also provide assistance – resource navigation, hands-on support, money management and the like. Camaraderie. Like what he found living in Kentucky. Comfort.

“They’ll know they’re in good hands,” he said. “There’s a sense of comfort knowing you’re being taken care of by another veteran. It doesn’t matter your religion, your political views, your stance on the war, where you served. We’re all willing to take a bullet for one another.”

It’s a moving target, but Pack is optimistic he could break ground as soon as August or September.

There’s a few hurdles to jump before then, including finalizing a location. Pack says there’s about six acres in western Cookeville available; a deal could be secured later this month. 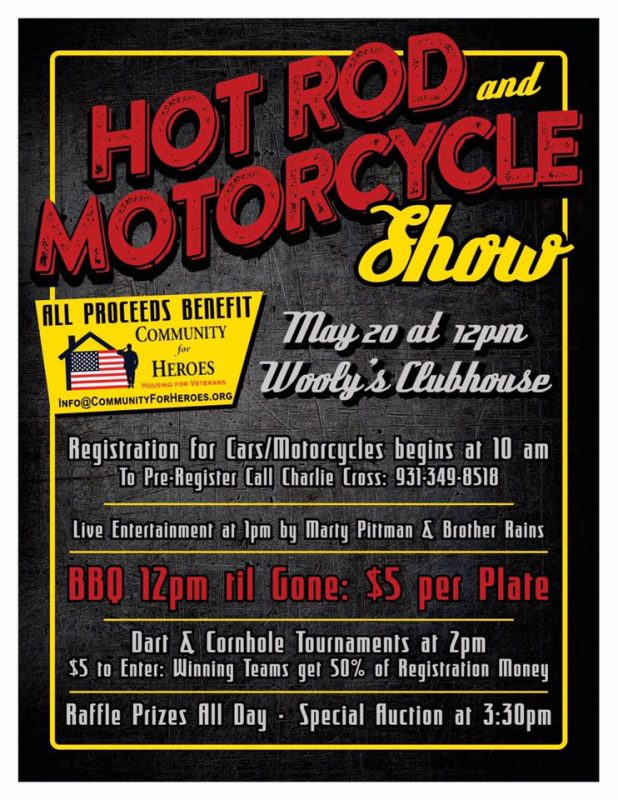 “According to our lawyer, and other people who have done nonprofits, we’re about two – maybe three – years ahead of schedule,” he said. The community response, he added, “has been awesome. I thought 10 years was a fairly reasonable end date to have the entire facility built, but the way things are coming along, we could cut that in half.”

And, he hopes Community for Heroes can be replicated elsewhere. Per U.S. Department of Housing and Urban Development (HUD) estimates, 40,000 veterans nationwide are homeless on any given night.

“There’s other programs out there that do one aspect of what we’re doing, or another, but none of them do it all collectively,” Pack added. “We want to have one place, a beacon for veterans to go. They can come to us, and we can actually sit down with them, go through paperwork with them, versus saying, ‘just call this number; they should be able to help you.’ That is about as heartless as it gets. We want to change that. I believe that the community can change lives for the better.”

For more information on Community for Heroes, visit https://communityforheroes.org or https://www.facebook.com/pg/CFH501c3.