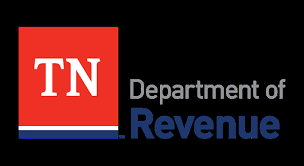 NASHVILLE– Tennessee Department of Finance and Administration Commissioner Stuart McWhorter today announced that Tennessee tax revenues exceeded budgeted estimates in February. Overall February revenues were $953.8 million, which is $68.9 million more than the state received in February 2018 and $39.9 million more than the budgeted estimate. The growth rate for February was 7.79 percent.

“The state experienced sound growth in its two largest contributors to the state’s tax base, state sales and use tax revenues and franchise and excise tax revenues, compared to last February,” McWhorter said. “All other revenues combined also exceeded the state’s budgeted estimate.

“On a year-to-date basis, state revenue collections are well positioned to finish the fiscal year ahead of our budgeted estimates. Typically, more than one half of our corporate revenues for the year are accounted for in the months of April through June; however, due to the volatile nature of these taxes we will remain cautiously optimistic and continue to manage conservatively.”

On an accrual basis, February is the seventh month in the 2018-2019 fiscal year.

General fund revenues exceeded the budgeted estimates in the amount of $40.4 million while the four other funds that share in state tax revenues were $0.5 million less than the estimates.

Sales tax revenues were $22.4 million more than the estimate for February and were 5.27 percent more than February 2018. For seven months, revenues are $177.9 million higher than estimated. The year-to-date growth rate for seven months was 5.79 percent.

Franchise and excise tax revenues combined were $7.9 million more than the budgeted estimate in February, and the growth rate compared to February 2018 was 51.34 percent. For seven months, revenues are $5.0 million less than the estimate and the year-to-date growth rate is negative 1.33 percent. However, adjusting for the one-time payments received last fiscal year the recurring year-to-date underlying growth rate is 3.81 percent.

Gasoline and motor fuel revenues for February increased by 11.77 percent compared to February 2018 and were $1.6 million less than the budgeted estimate of $90.4 million.  For seven months revenues have exceeded estimates by $6.4 million.

Inheritance and estate taxes were $1.8 million more than the February estimate.

All other tax receipts exceeded estimates by a net of $1.9 million.

The budgeted revenue estimates for 2018-2019 are based on the State Funding Board’s consensus recommendation of November 27, 2017 and adopted by the second session of the 110th General Assembly in May 2018. Also incorporated in the estimates are any changes in revenue enacted during the 2018 session of the General Assembly. These estimates are available on the state’s website at https://www.tn.gov/content/tn/finance/fa/fa-budget-information/fa-budget-rev.html.