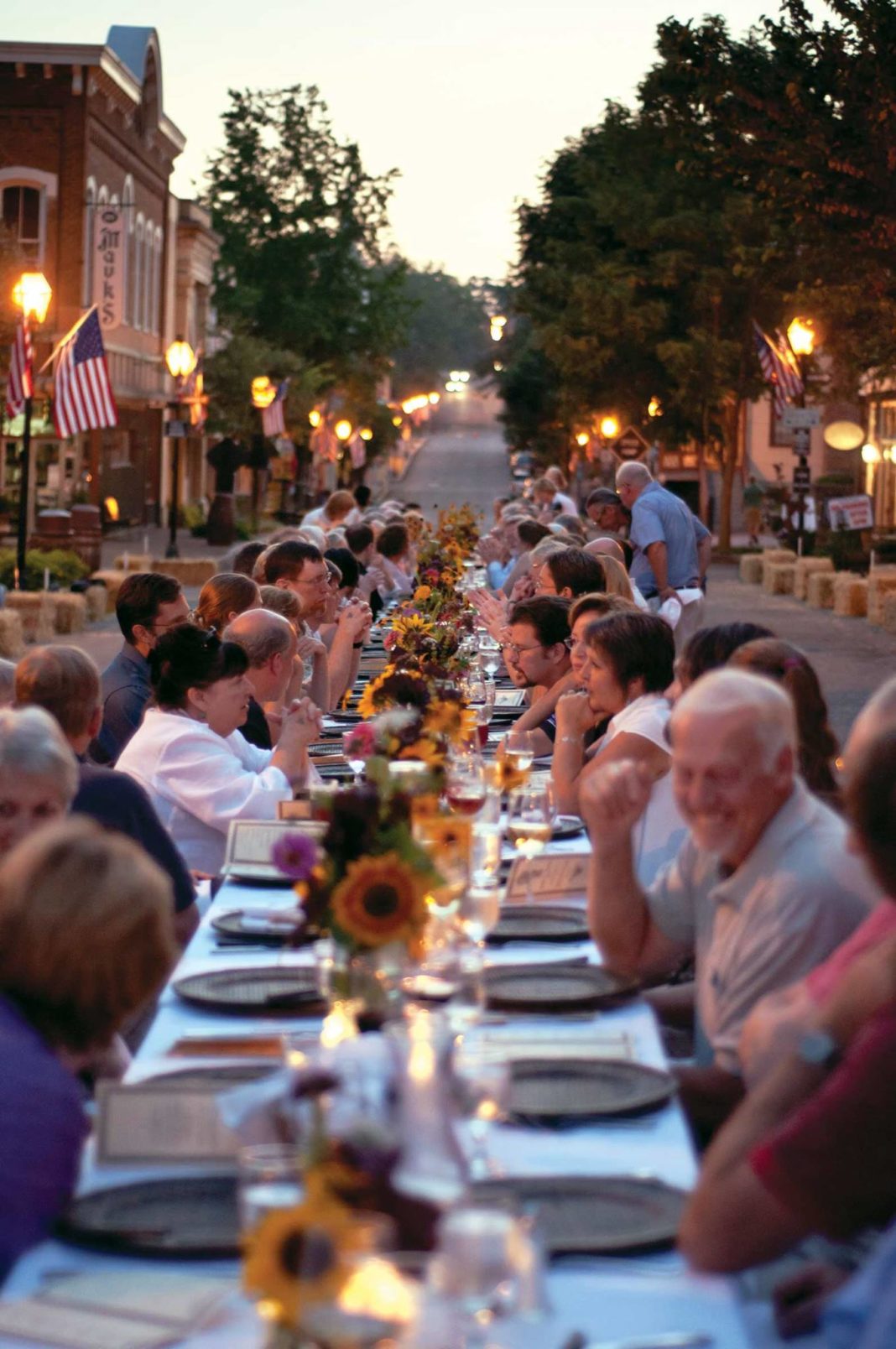 COOKEVILLE – Dinner will be served Saturday night at Dogwood Park. But don’t expect your typical picnic or fly-by-night fare.

A four-course meal, prepared by four chefs prominent in the WestSide Cookeville area, will be the highlight. And each dish will feature all regionally sourced ingredients – meats, fruits, vegetables, even cheese – in an effort to raise awareness for a growing trend: “farm to fork.”

The event is the brainchild of a fairly new non-profit, Seed Fork of the Highlands, and money raised would help spur the group – founded in March 2015 – in its mission to improve access to healthy, local food.

“Our goal is to promote local farmers and their food as well as create more opportunities for people to access it, because there’s so much value there,” said Rodney Laulo, owner of The Back Room Bistro restaurant and Seed Fork co-founder. “Our culture used to be so involved in our food, from tilling the ground to planting the seed to maintaining the garden to picking it, preparing it and serving it. How many people are really involved in that anymore? That’s how we came up with Seed Fork; it’s everything from the seed to the fork and all that happens in between.”

Laulo is just one local cook involved in the food prep; he will be in charge of the pre-course. Also taking part are Chad Combs, who won the World Chef Challenge during the 2015 World Food Championships, preparing a salad course; Steve Ford, from the Cooke House, who is preparing the main dish; and Machelle Staggs, owner of P-Dilly’s Cupcakes, who is making the dessert.

The dinner, dubbed the “Celebration of Local Foods” is $50 a ticket – or $75 per person for a VIP experience that includes food, social hour and music at The Back Room Bistro before the main event; the goal is to sell 300 seats. The plated meals will be served at 6 p.m. by local agricultural youth groups, namely Future Farmers of America (FFA) and 4-H, to which Seed Fork will share a portion of the profits.

With its cut, Seed Fork hopes to purchase a refrigerated type trailer to use as a mobile farmer’s market – a means to bring farm-fresh foods to underserved areas. Ellen Wolfe, another Seed Fork co-founder, said they would buy leftovers from the Cookeville’s Downtown Green Market, for example – and use the surplus from their own community garden – to deliver both inside Putnam County and out.

“The idea is to take the food where it’s needed,” Wolfe said. “We need a way to transport it to communities that need it, to soup kitchens or food pantries. More and more food pantries have refrigerators, and they didn’t used to.”

Other Seed Fork activities include cooking workshops, farm to table dinners – like at Dogwood Park – and horticultural therapy, Wolfe’s specialty. The group utilizes a 25-acre site on County Farm Road for their garden, and groups like veterans, children, those with special needs, or those recovering from drug and alcohol use can participate in the process.

“It’s really a beautiful thing,” she said. “Most people garden, but they don’t think about it in the terms, ‘what can it really do for you?’ To think about it as therapy, it’s about coming together in a community space, where everybody has a part to play, where there’s really a sense of partnership.”

Long term, Seed Fork hopes to open a community commercial kitchen, a space that can be used for educational events – even pop up restaurants. They also want to see the community garden concept grow – pun intended.

“That’s our goal as well,” Laulo said, “to continue to plant community gardens in places we have the opportunity and resources available.”

For more information on Saturday’s events, visit www.seedfork.org/events.html. The day kicks off with a 5K run/walk, which starts at 7 a.m. from the First Presbyterian Church parking lot, 20 N. Dixie Ave. The evening’s dinner also includes drinks from Calfkiller Brewing Co. and music.