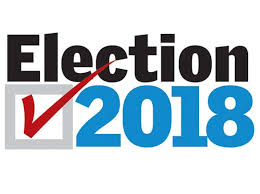 UPPER CUMBERLAND – The Upper Cumberland region will see a significant leadership change following the Aug. 2 election. As of the official swearing in on Sept. 1, 43 percent of the region’s counties will have a new county executive/mayor at the helm.

Although the leadership has changed, the newly elected county CEO’s have previous leadership experience. Four previously served as county commissioners, one served as a city mayor, and one was a successful businessman.

Brent Bush overwhelmingly won the post in Cannon County with 60 percent of the vote over Neal Applebaum and Tim Powers. Bush has been a county commissioner since 2014.

Incumbent Dale Reagan won the Clay County race over David “Rat” Westmoreland with 55 percent of the vote to Westmoreland’s 45 percent. This will be Reagan’s fourth term as County Mayor.

Allen Foster garnered 76 percent of the votes to defeat Sandy Davis’ 24 percent in Cumberland County. Foster has served on the county commission since 2010.

Incumbent Tim Stribling easily won the DeKalb County race over Randy Paris with 70 percent of the vote. This will be Stribling’s second term as County Executive.

Jackson County incumbent Randy Heady, who was appointed to the position following the death of County Mayor James Bobby Kinnaird, won a close race over previous County Mayor John Cason in a race with five candidates. Heady had previously served on the county commission for eight years.

Macon County Mayor Steve Jones was unopposed and will be serving his second term. Jones was previously the Macon County E-911 Director.

Overton County Mayor Ben Danner was unopposed and will also be serving his second term. Danner was previously on the county commission for 12 years.

Carey Garner will be the new Pickett County Executive. He was unopposed in the general election after defeating the incumbent Richard Daniel in the primary. Garner served on the county commission since 2014.

In Smith County, Jeff Mason was chosen to lead the county, receiving 45 percent of the vote in a race with five candidates. Mason is the only new official that has no previous experience in government. His previous experience includes 18 years in the tool and die field before he ventured into real estate sales and industrial/commercial product sales.

Van Buren County Executive Greg Wilson was unopposed and will be serving his second term.  Wilson was previously the Mayor of Spencer and retired from the Tennessee Department of Corrections.

McMinnville Mayor Jimmy Haley defeated three opponents to win the top spot in Warren County. This will leave a vacancy at the city mayor’s position.

Incumbent Denny Wayne Robinson was re-elected as White County Executive over Jim Ward with 57 percent of the vote. Robinson will serve his second term as Executive and was previously on the county commission for eight years.