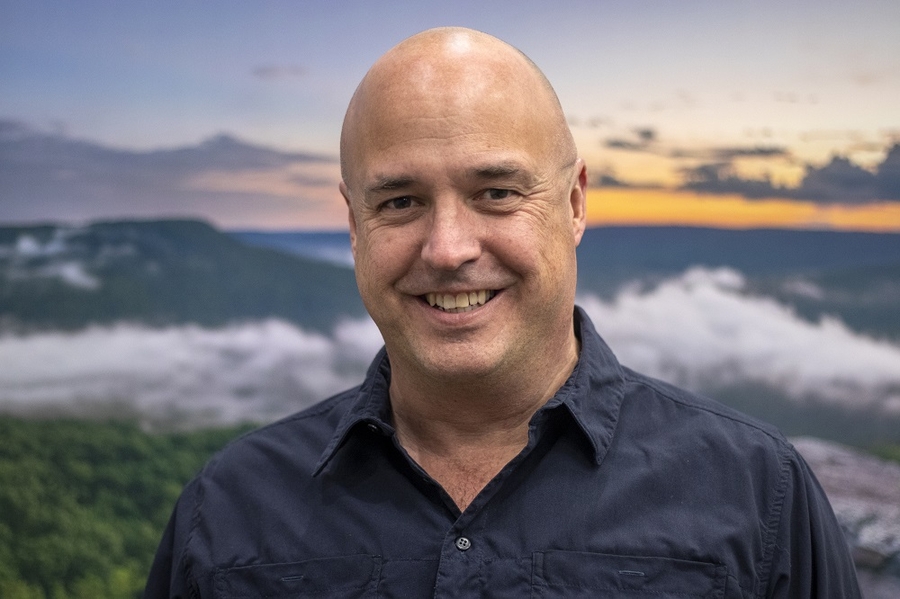 COOKEVILLE – Mark Dudney has been inducted into Marquis Who’s Who. As in all Marquis Who’s Who biographical volumes, individuals profiled are selected on the basis of current reference value. Factors such as position, noteworthy accomplishments, visibility and prominence in a field are all taken into account during the selection process.

For nearly ten years, Mr. Dudney has represented the Upper Cumberland Development District as a public historian/historic preservation planner and Dale Hollow Rural Planning Organization (RPO) coordinator. Dudney accepted a position with the UCDD in 2012, where his mission is to preserve the Upper Cumberland region’s unique cultural resources. Working with the Tennessee Historical Commission, he has developed a niche in restoring National Register of Historic Places properties for heritage tourism purposes.

In his RPO role, Dudney collaborated with the Tennessee Department of Transportation on the Dale Hollow Rural Regional Transportation Plan, which received an “Impact Award” from the National Association of Development Organizations in 2019. The Impact Awards recognize innovative approaches to regional economic and community development.

Dudney recently completed a project for John’s Place, which received national attention at the annual conference of the National Trust for Historic Preservation. He is currently working on the Cumberland National Scenic Byway, which earned federal designation in 2021 and includes eight rural Tennessee counties. Dudney is also developing a TED Talk about the primacy of history in our lives.

Passionate about his work, Dudney attributes his success to doing a job he loves, in a region that he loves. Originally planning to become an attorney, he shifted his interest to writing and history while working for WCTE-PBS between 2007 and 2012. He taught as an adjunct instructor of American history at Tennessee Tech University from 2013 to 2015. Dudney takes his greatest inspiration from his parents. His mother was a scholar-teacher and his father a “country doctor,” serving his hometown of Gainesboro.

A precise writer, Dudney authored the 2012 book titled “Sons of the Cumberland: The Early Years of Cordell Hull and John Jordan Gore.” An abbreviated version of his book is included in “People of the Upper Cumberland: Achievements and Contradictions,” published by UT Press and honored as the Tennessee History Book of the Year for 2015. Dudney served as lead writer and co-producer of the WCTE-PBS documentary, “Discover the Upper Cumberland” in 2012. He has written for television, radio and print media such as Tennessee Living, Cumberland Business Journal and Celebrations Magazine, to name a few. His opinion editorials have appeared in The Herald-Citizen and The Tennessean.

Dudney is a frequent lecturer on historic preservation and selected topics in U.S. history at area libraries, state parks and professional conferences. He recently presented his lecture “Public History in a Rural Region” to a graduate level Public Humanities class at Georgetown University.

Dudney’s community service also reflects his interests. Since 2014, he has volunteered with the Putnam County School System’s Power of the Pen workshop. He served as President of the non-profit Friends of White Plains group for four years and helped facilitate Algood’s acquisition of that historic property. Dudney is co-chair of the Gainesboro Bicentennial Committee and was the featured historian in a “Tennessee Wild Side” segment about the Roaring River dam removal in Jackson County, broadcast on PBS stations in Tennessee, Kentucky and Georgia.

Dudney is a steadfast advocate for the humanities and the value of public media. Concerned about America’s deficit in civic literacy, he believes that history and civics education are critical to national security. Dudney is a sustaining member of NPR and WCTE-TV, Central Tennessee PBS.

Dudney obtained his bachelor’s degree from TTU in 1992 with a dual major in history and political science, concentrating in international relations and serving as president of Phi Alpha Theta. He earned a law degree at the Nashville School of Law in 2001 and obtained his certification in civil mediation from Lipscomb University’s Institute for Conflict Management. He is a member of the Society for Historians of American Foreign Relations.