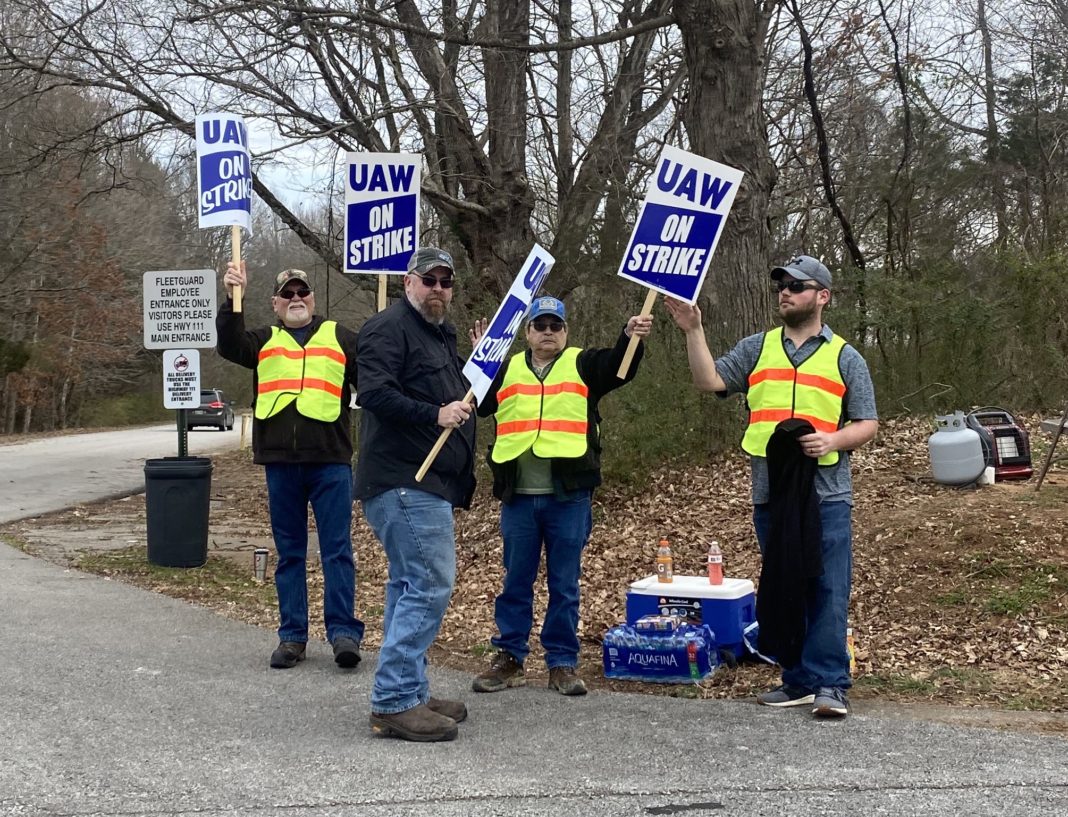 By Sunday afternoon, union workers had begun picketing at both the Highway 111 and South Maple Avenue entrances to the facility and planned to stay there for the foreseeable future.

“We’ve tried for eight weeks to get a fair and honest contract for our employees,” said UAW Local 1407 President Mark Dyer. “The company has not done that; so therefore, yesterday at 12 o’clock (noon) we were waiting for the company to give us the response. The company did not, and we had to make the decision to go on strike.”

The union is concerned with what they consider unfair labor practices and other issues that they can’t discuss publicly at this time.

“We have put forth proposals that we think are really strong proposals for the employees but also the long-term future of the Cookeville filtration site,” said Jon Mills, Cummins director of external communications.

The Cummins facility has been in Cookeville for over 50 years and its workers have been represented by the UAW since 1967.

“Cummins has been around for 100 years,” Mills said. “We have a long history of providing competitive benefits and compensation packages and providing a great work environment for our employees, and that’s what we’re trying to do here.”

Although talks are at a standstill, both sides seem eager to settle this issue.

“We are, right at this moment, waiting for the company to come back to us and want to talk. And, we haven’t heard from the company since yesterday,” Dyer confirmed.

Despite their issues, both Cummins and the UAW say the workers and the community are at the heart of their discussions.

Although, to their knowledge, no Cummins employees were directly impacted by Tuesday’s tornado, it weighs heavily on their minds.