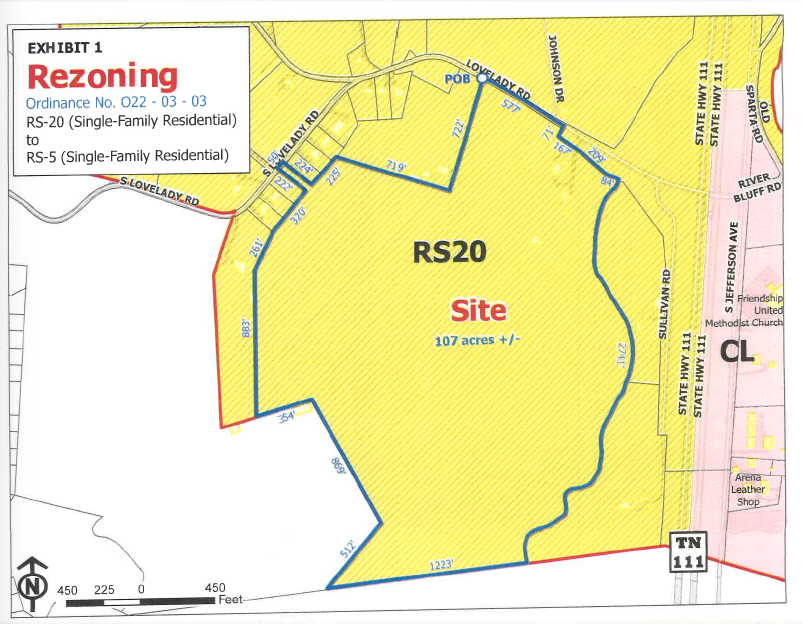 At the public hearing held during the April 17 City Council meeting, 27 people spoke out against the rezoning, expressing concerns ranging from traffic and health concerns to quality-of-life issues.

Council members postponed the decision on the rezoning to the May 5 meeting to allow time for the developer to consider whether they would consider a Planned Residential Development (PRD) instead of rezoning the entire parcel to RS-5. The developer, Justin Cumby with Titan Development, has since sent an email to all council members stating his reason for not wishing to pursue the PRD.

Options the council will now be considering include:

In order for the developer to pursue any development that would have lot sizes smaller than the current RS-20, the developer would have to enter into a cost-share agreement with the city to extend sewer to the property.

The cost estimate for the sewer extension is estimated to be $900,000 according to City Manager James Mills. The costs would have to be paid initially by the developer, and then the city would reimburse $500,000 in a cost-share provision required by the city zoning code.

The Cookeville Planning Commission made the recommendation to rezone the entire parcel from RS-20 to RS-5.