“I drove to the store this morning and a man who identified himself as the southeast market manager came to the locked door and said it was a ‘corporate business decision’ to close,'” Shelton posted. “The City did not receive any notification of the closing.

“I’m more sad for the employees, our citizens, who were not given a notice or warning,” he added. “The employees showed up to work this morning and didn’t have a job. The hot sign is off in a very cold way to their Cookeville employees.”

UCBJ attemped to contact Krispy Kreme’s corporate communications team for comment on the closure but did not receive a response prior to deadline.

Shelton’s Facebook post has since gone viral; having been shared more than 1,600 times since it was originally published early Wednesday morning.

Two other local restaurants, Anchor Down Bar and Grille and Jet’s Pizza, have also shuttered this week. Jet’s Pizza reportedly closed on Feb. 5. Calls to each establishment were also not returned. 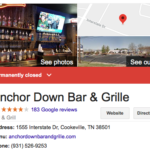 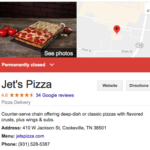 Approximately 3,500 people are employed across 129 food and drink establishments located in Putnam County.

According to Henry Bowman, statistician for the Upper Cumberland Development District, the impact the closures of these establishments will have on the local unemployment figures is “marginal.”

It is unclear how many employees were affected by the closures of these restaurants.