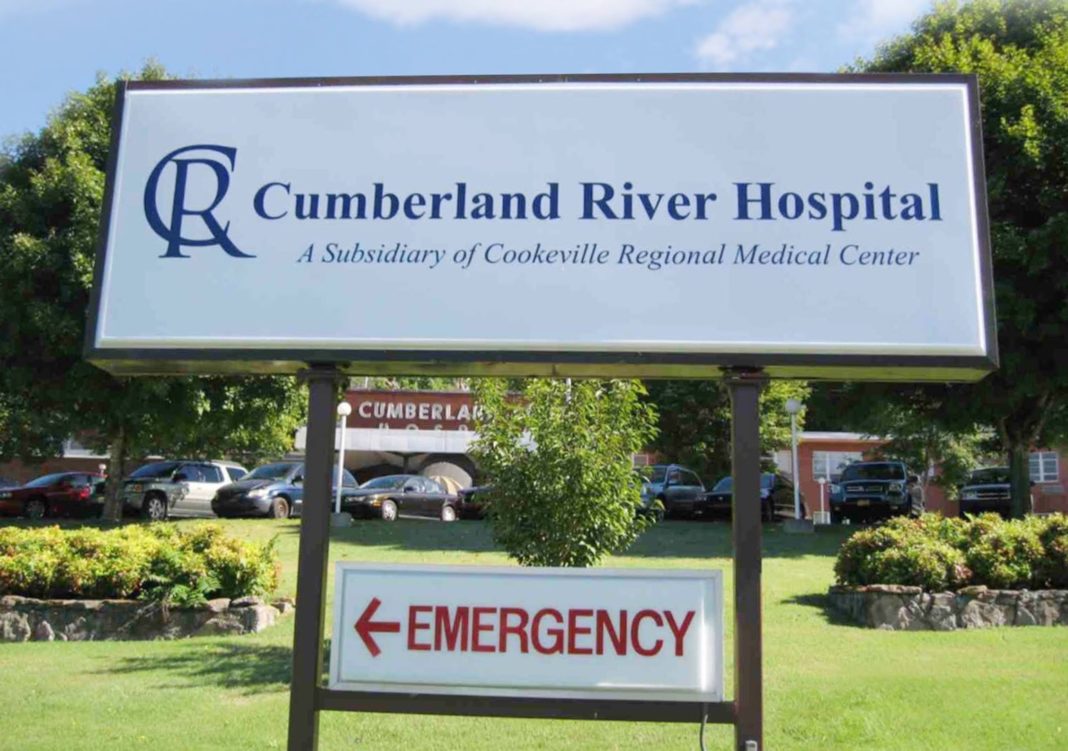 CELINA – Community leaders are expressing grave concerns over the impact of the Cumberland River Hospital (CRH) closure. While local and state officials are scrambling to find solutions, worries run the range from EMS response and transport times to employee lay-offs to economic development impacts.

“Obviously, what this means in terms of health care in our county is immeasurable,” said Clay County Chamber Executive Director Kevin Donaldson. “We’re also very concerned with what it means to the 150 displaced workers that we might have if a buyer for the hospital can’t be found.  In talking to officials at the local, regional and state level, there will be a big outreach to help these folks find work.”

“It’s a great asset to us,” said Clay County Mayor Dale Reagan. “For a small rural community to have an asset such as that. That’s one of the tools that you use when you are trying to recruit industry as well as retirees to come to your community.

“I’m not sure how this is going to affect the older generation. I have already had one or two that told me, ‘One of the reasons I came here was because of the hospital and knowing I’d have medical facilities if anything happened.’”

The increased emergency response times are weighing heavily on the mind of Clay Fire EMS Director Natalie Boone as she tries to prepare her staff for the change.

“The time figure was thrown out there, three other hospitals within 30 minutes. Well that’s providing that you’re already out on a main road when you start that transport.  If you get off on some of these backroads out in the county and we were looking at a 40-minute transport time to CRH. We’re going to have people that will not survive that additional 25-30 minutes to get to another hospital to be stabilized. We can do a lot of advanced lifesaving care in the back of an ambulance but we’re not a hospital.”

Response times weren’t Boone’s only fear.  She also anticipates times when the county will be left without any EMS response at all.

“My fear is that with everyone we transport having to go out of the county, we are leaving our county uncovered without an ambulance for a longer amount of time,” Boone said. “There may be some very negative outcomes from patients having to wait for that ambulance to get back from Livingston or from Tompkinsville or from Lafayette before it can even get to them and then you have that extended transport time to a hospital.

“That stands to have a very, very negative effect on patient outcomes.”

Local officials aren’t giving up on the idea of the hospital being saved.

“We want to do whatever is possible in trying to help CRMC (Cookeville Regional Medical Center) find a buyer for the hospital, so it can be kept open,” said Donaldson.

CRMC officials have been trying to find a buyer for CRH for several months.  They had four buyers that were seriously interested but three were unable to get financing.  The fourth was working on government-backed financing and that was hampered by the recent government shutdown.

“We’re hoping that one of these groups that they have been talking to will come through,” said Reagan. “They have shown the hospital to several different groups over the past few months. Hopefully one of those will work out where they can acquire the facility and we can continue on.  That’s what we’re praying for.”

While disappointed in the closure, officials recognize the effort CRMC has put into keeping CRH in operation.

“I am grateful to the leadership at Cookeville Regional Hospital for their investment in Cumberland River Hospital, which until recently had allowed our facility to remain viable and meet the needs of our residents,” said State Rep. Kelly Keisling. “Healthcare continues to evolve, and this evolution has generated unique challenges — including a dwindling patient population and shrinking patient referrals — that have jeopardized the future viability of our facility.

“Together with our community leaders and hospital officials, we will examine potential solutions in the weeks ahead that may result in an alternative outcome. It is my hope Cumberland River Hospital can continue meeting the health needs of our citizens in Celina.”

“I know it’s a business decision on their part and I understand that completely,” added Reagan. “You can’t continue to lose money but still that don’t ease the burden and the blow of losing a facility that has been here that many years and the impact that it has on a small rural county.”

Clay County doesn’t feel abandoned by everyone though.

“I applaud Gov. (Bill) Lee,” Reagan said. “His first executive order was to emphasize his focus on small rural counties, and we’re included in those distressed counties. So, while talking with the department of labor, they said they would get the word to the Governor. We’re just getting the word out to everyone right now.”

Donaldson summed it up by saying, “A hospital closure has so many impacts in the community.  It affects health care, jobs and overall economic development.  This hospital has been a cornerstone in our community for well over 50 years.