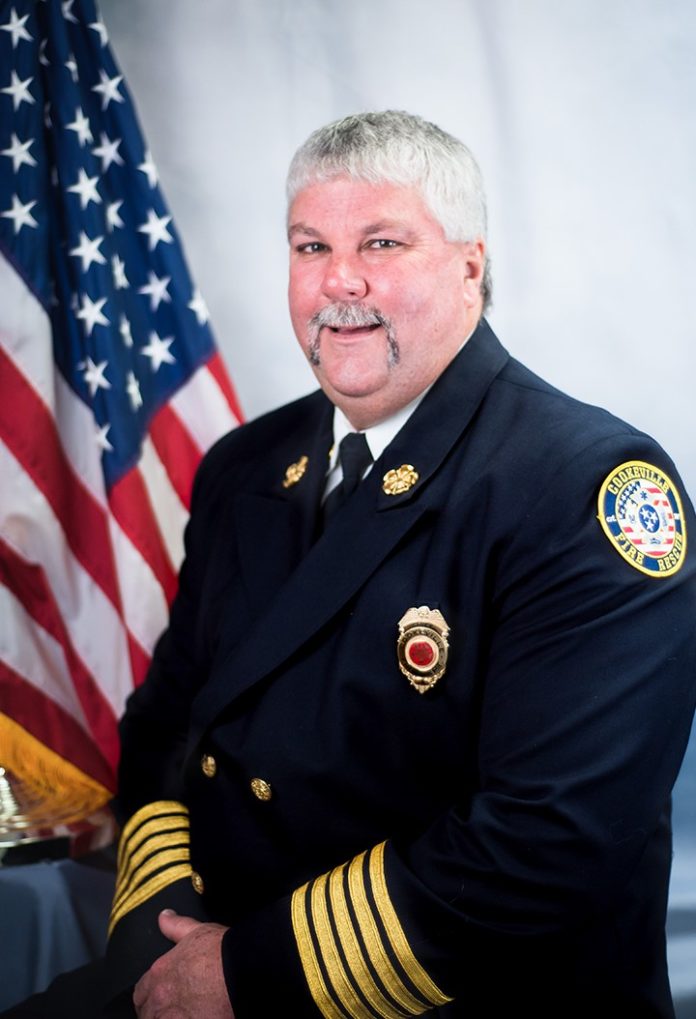 “Captain Young will be serving as Interim Chief until a permanent Chief is hired,” said Mills. “He is well respected and supported by the men and women of the CFD and will bring continuity during this transition. His willingness to serve the department and community is very much appreciated.”

Blair began his career with the Cookeville Fire Department on December 1, 1987. His tenure includes being promoted over the years to the rank of Captain, taking the helm as Chief of CFD in 2017 following Roger Fuqua’s retirement.

“We will miss Chief Blair, his knowledge and experience from over 30 years of service is expansive,” Mills said. “I have valued his friendship while working together, appreciate his sense of humor and am grateful for his dedication to the department, our citizens and entire City staff. His leadership of the CFD during the aftermath of the March 2020 tornado was exemplary. I understand Chief Blair’s desire to retire and wish him and his family all the best. The task firefighters take on is certainly a difficult one, I commend Daryl for a job well done.”

Mayor Ricky Shelton added his appreciation for Chief Blair by saying, “I certainly appreciate Chief Blair and his devotion to the department. Daryl has worked diligently to continue to provide top notch response times and service to our citizens. I congratulate him for his 30 plus years of dedicated service to our great City and wish him all the best at his retirement!”

The city will work with the Municipal Technical Advisory Service to conduct the hiring process for the next Fire Chief.