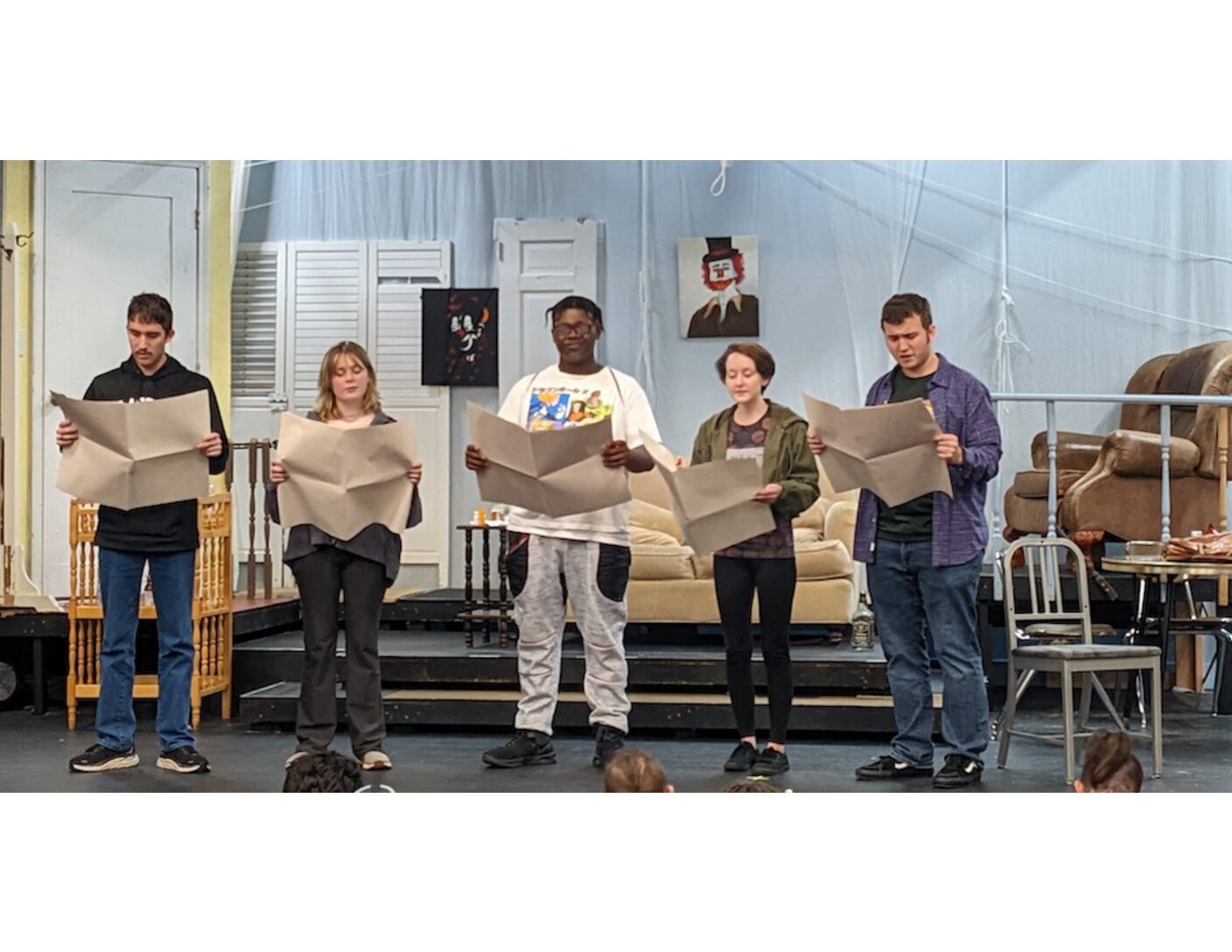 Cookeville – This November the Backdoor Playhouse at Tennessee Tech University will present the world premiere of “Crawlspace: A True Crime Musical,” based on real-life serial killer John Wayne Gacy.

In the 1970s, Gacy systematically lured at least 33 young men into his home before torturing, sexually assaulting and then finally murdering them and burying the majority of the bodies in his crawlspace. The musical follows Gacy’s memories of his life as he talks to a psychologist after his arrest. It focuses on the issue of mental health and how people are affected by their pasts.

“John Wayne Gacy had an awful childhood and an abusive father, but in the course of the play, we find out the doctor had a similarly unpleasant upbringing,” Mark Creter, director, said. “It raises the question of why does somebody go down the path of murdering and molesting 33 people when this other character under a similar background becomes a successful psychologist?”

The playwright, Jason Spraggins, contacted Creter earlier this year to see if he would be interested in having the Backdoor Playhouse produce the first ever showing of his musical. He’d seen that Tech’s theatre had put on difficult and “heavy” shows in the past, such as “Assassins” and “Angels in America,” and hoped that they would be willing to take a look at the musical that he’d been fine-tuning after 10 years of research and writing.

“I’ve been aware of the quality work being done by Mark and the Tech Players for some time,” Spraggins said. “Their production choices have displayed so much range through the years, and they don’t shy away from tackling unorthodox and risky subject matter. I had them in mind as we finished the musical, so I was beyond excited when I learned from Mark that they were interested in mounting the first production.”

Creter has long been intrigued by serial killers. Another murderer, John List, famous for killing his wife, mother and three children at their home in New Jersey, committed the acts in Creter’s hometown. List managed to hide for nearly 18 years before finally being captured, meanwhile leaving a shadow of fear behind in the town where he had murdered his family.

“As a nine or 10-year-old at the time, I was in that group of kids who were absolutely terrified of John List. He became our Boogeyman,” Creter said. “And so, I’ve always had this part of my brain that has always thought List’s story might make an interesting play.”

Being able to have direct contact with a playwright during production of their show is something Creter says he’s never before gotten to experience in his 30 years at the Playhouse. In the past, the playwrights of his productions have either long since passed away or have been too busy to talk one-on-one to a single director.

“I’ve always felt as a director, I have a responsibility to the playwright to tell the story to honor their work and what they were trying to do with the story,” Creter said. “So this has been interesting because there have been moments in the play where it’s been fun to have the option of talking to the playwright and saying. ‘This is how I see this scene,’ and have him say, ‘Yeah, that’s what I was thinking too.’ That’s really cool because most of the time you just have to hope you’re honoring the playwright’s work but you’re not 100 percent sure.”

“When I first spoke with Mark about the project and the challenges of telling a true-crime story through music, it was clear that he understood our intentions. He was passionate about the story’s relevance and had a strong vision for bringing the show to life,” Spraggins said.

The music is written by Matt Glickstein and Tech’s music director for the production is Mendy Richards.

Because of the discussion of violence, parental discretion is advised for young viewers. The content of this production may be emotionally challenging and potentially traumatizing.

“’Crawlsapce’ is a challenging show,” Spraggins said. “It explores themes and content that aren’t typical for musical theatre. The story is a cautionary tale that, while based on a 1970’s true crime case, is surprisingly relevant to our current times. It confronts unsettling truths and portrays Gacy as a cruel and complex human full of contradictions, not simply as a one-dimensional monster. For most of us, this is a far more frightening concept. The show also explores the tragic reality of the victims and elevates them beyond mere numbers associated with a killer.”