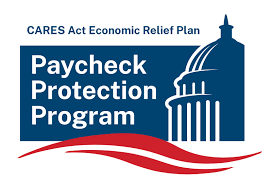 COOKEVILLE – As Upper Cumberland (U.C.) small business owners eagerly awaited the passage of another round of the Paycheck Protection Program (PPP) funding, many have wondered if it had actually benefitted the small business owners it was meant to save from financial ruin. U.C. banks* report that in the first round of PPP funding, they provided over $374 million in funding to over 3,083 businesses and saved thousands of local jobs. The average U.C. loan was $125,778.

“This is a success story,” said Colin Barrett, president and CEO of the Tennessee Bankers Association. “In 12 days, Tennessee banks were able to make over $6.5 billion in loans to our small businesses. The average loan just over $185,000 demonstrates that this program has been a success.”

The program was not without its problems though.

“It has not been an easy process,” shared Barrett. “The messaging that you would be able to go into your bank, apply for a loan and walk out with money was not accurate because the banks didn’t get guidance until later, but they still did a tremendous job in turning it around and making funds available.

“Here’s some of the challenges…like the challenge with the independent contractors and the sole proprietors, we didn’t get guidance on how to make those loans until Tuesday, and the money was gone by Thursday, so those individuals weren’t able to get the loans,” added Barrett.

The lack of guidance wasn’t the only problem that local banks faced. Technical issues were another hurdle to cross.

“We had a very difficult time getting on to start,” explained Blake Garrison, loan compliance and support officer with First Mercantile Bank. “We’ve been an SBA lender for a while, and either some technical glitch or something happened. We were not able to get on – of course, this launched April 3 – we didn’t get access to their portal until the following Friday, which was April 10.

Progressive Savings Bank (PSB), who is in the process of a merger with SmartBank, partnered with the larger bank to process their 150-200 applications from the U.C. region.

“We worked hard,” said PSB Community President Marilyn Mullinix of the Cookeville branch. “Our loan people at Smartbank worked weekends. Smartbank had over 1,700 applications at all of our branches. I’m pretty sure most all of those got funded.”

A lot of banks had to decide whether to participate in this program or not. At least two local banks, American Bank and Trust and First National Bank of Tennessee, chose not to participate.

Many local banks debated the pros and cons of participating with SBA on the program.

“We’re not big SBA lenders,” said Wilson Bank & Trust CEO John McDearman. “We were, and are, an approved SBA lender in the eyes of SBA, but that’s not a big focus of ours, probably because a lot of those small business loans we’ve been able to do with just the bank and without the SBA’s guarantee and their programs.

“When it came to this, we looked at it and thought ‘is that a direction we want to go?’” reflected McDearman. “We know there’s a lot of red tape sometimes with things related to the government and their guarantees, but the reality was our customers needed us and if we weren’t going to do it for our customers, who was going to do it? That’s what said we’re all in, we’re gonna figure this out. We know there will be challenges with it, but we cannot do it any other way.

“From the very beginning, we said, ‘let’s try to take care of as many of our customers as we possibly can’ – not about the dollars, but about the number of customers we can touch through it.”

The loans varied greatly depending on the area served by the banks, with more rural customers typically requesting smaller loan amounts.

At First Volunteer Bank, Assistant Vice President and Market Leader Kelly Sullivan said that an average loan would be $45,000, and loans she processed ranged from $1,000 to $110,000.

Especially the smaller businesses appreciated the help they received.

“These are small businesses with small payrolls,” said Mullinix. “It just makes you feel good to know you’ve helped them.”

Garrison echoed their statements. “We’ve got companies that have a couple of employees to companies with 25 employees. It’s been exciting. I don’t think I’ve spoken with a single customer that wasn’t happy with the outcome of this. It is really helping the small businesses it seems though.”

The real impact of the PPP is in the jobs that have been saved. Many local banks were too busy processing loans to tally the jobs saved, but they know it tallied in the thousands.

“To date, our 236 loans for $20.7 million have helped save 3,131 jobs in Tennessee,” said Peter Williston of Citizens Bank of Lafayette in an email sent on April 17.

Banks around the region worked hard to take care of the customers, with many processing a crazy number of applications.

“There is, by my estimates, over $3 billion in applications on desks across Tennessee waiting to be processed once funding comes through,” said Barrett. “That’s why we need this to help these small businesses.”

“We’re planning on getting back at it Monday morning, or if it goes live sometime this weekend, we’ll be back in to make sure these people get funded. They are talking this money won’t last as long as the other money did,” shared Garrison.

People questioned whether small businesses really received the benefit of the PPP loans as the program intended or if the loans went mostly to big companies. Four of the larger banks have been sued by their customers for putting their biggest customers first, but that doesn’t appear to have happened in the U.C.

“You handle them the way they come in,” explained McDearman. “We had all sorts of different size companies applying in the beginning. Now, most of what you are seeing is the smaller loan amounts, smaller sole proprietors and non-profits.

“We’re appreciative that more dollars are coming so we can try to take care of everybody. I know that’s unrealistic, but I know they did put out on the front end that it was first come, first serve, so everybody understands that.”

Why didn’t smaller businesses apply early on in the process? McDearman has some thoughts on that.

“I think that a lot of times smaller business, it’s not that they don’t keep up, but they are used to being right in the midst of their business, and they have a lot going on in their lives, so their accountant may not have been the one to call them or their banker on the front end,” shared McDearman. “They may not have been keeping up with the news,” he said. “I think there’s a lot of people that were trying to decide if they needed to apply. How bad was their business going to be affected? Did they really need to apply?

“I think there’s a lot of different factors there for sure, but we felt good as the average loan size came down because it meant we were starting to affect more small businesses,” reflected McDearman. “We expect that to continue. They will continue to decrease in size.”

*Bank of Putnam County, one of the larger PPP lenders in the U.C., failed to report numbers in time for publication.