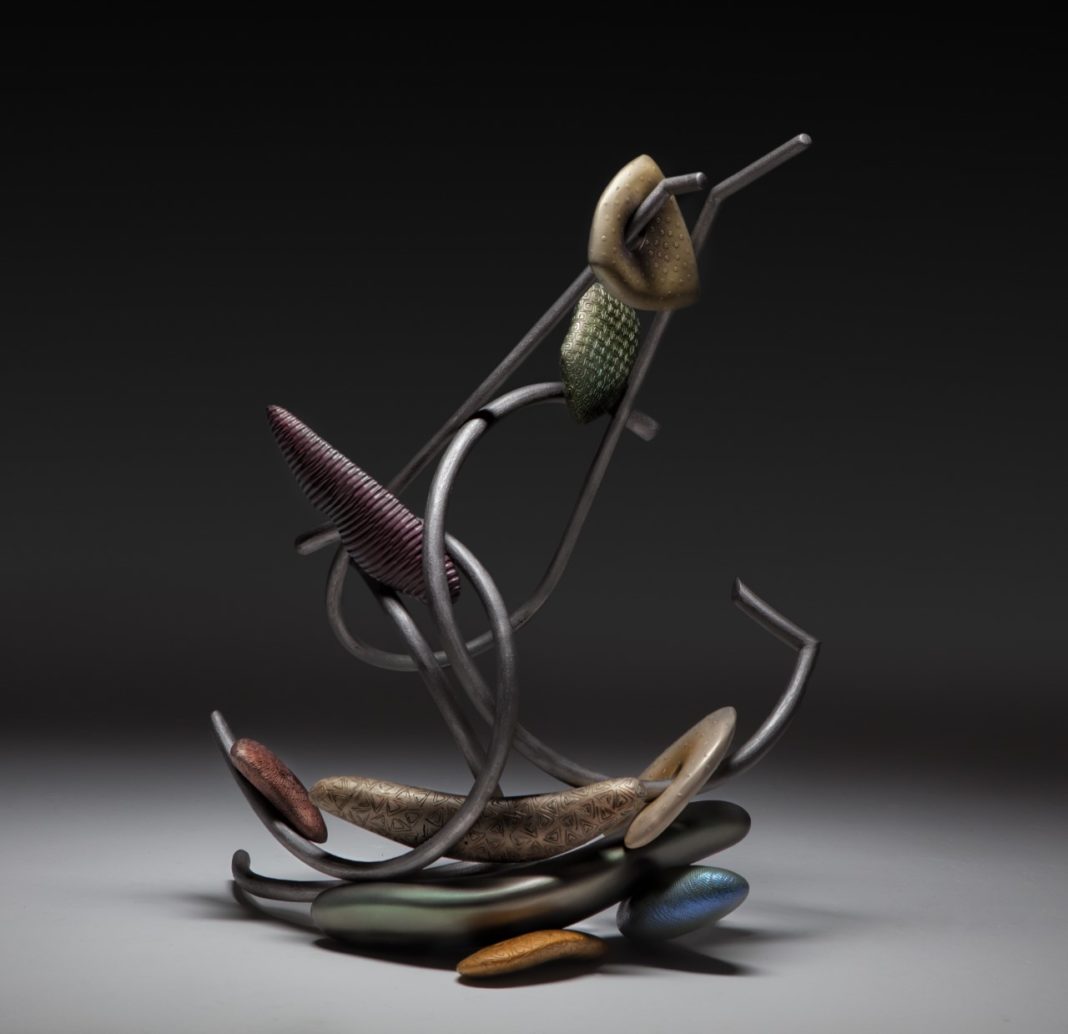 COOKEVILLE – Tennessee Tech University’s Appalachian Center for Craft is currently hosting an exhibition of artist Brent Skidmore, “Solo: But Never Alone,” which will run until Feb. 16.

Skidmore serves as associate professor of art and art history at the University of North Carolina in Asheville, director of craft studies and public arts and humanities chair and he is co-founder of the STEAM Studio.

While Skidmore’s background is in sculpture, his primary focus has been studio furniture until recently when he began making sculptures again.

Skidmore is focused on mentorship and community work focused on social change through collaborative making. He has been teaching in many capacities for 31 years at universities and many of the craft programs across the nation such as Penland, Arrowmont, Haystack, Anderson Ranch, Peter’s Valley and at Tech’s Appalachian Center for Craft.

After being out on his own running Brent Skidmore Studio for eight years, he returned in 2004 to full-time teaching at Kendall College of Art and Design in Grand Rapids, Michigan.

In 2007, he accepted his current position at UNC Asheville where he continues to teach in the department of Art and Art History while collaborating with his peers in engineering and art to develop STEAM Studio at the RAMP, a 12,000 square foot fabrication and design lab built for interdisciplinary teams focused on collaboration and innovation.

Along with his commitment to his family and friends, bike riding, hiking, studio work and educational positions he serves as an advocate for craft education, scholarship and the professional development and mentorship of young artists.

From 2007 to 2015, Skidmore served as a board member for the Center for Craft, Creativity and Design. This organization works to advance the awareness and importance of craft in academia and the mainstream. He has also served as a board member for Craft Emergency Relief Fund (2007-2014), CERF+ in Montpelier, Vt., that works to safeguard and sustain the careers of craft artists and provides emergency resources that benefit all artists.

Along with his work to advance the understanding and power of craft, community collaborations and cross-disciplinary making, Skidmore has most recently worked collaboratively to build financial support for SkillSet at STEAM Studio. He has also served as a board member and now consulting partner to Journeymen Asheville, a mentoring organization, for 12 to 17 year old boys, to develop Crafting Passages at STEAM Studio.

The Appalachian Center for Craft is located at 1560 Craft Center Dr., Smithville, Tennessee.