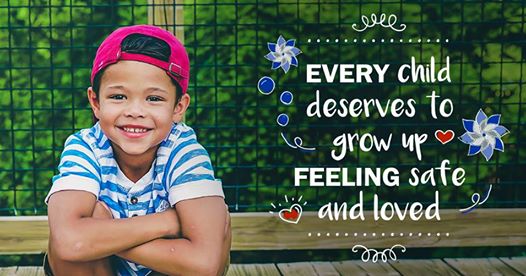 Kelly Swallows, VP of operations for Swallows Insurance, has a heart for children, so attending the Upper Cumberland Child Advocacy Center (UCCAC) fundraising luncheon in 2014 changed her. At the time, Swallows was serving as co-chair of Heart of the City Playground and was focused on getting that completed to bring smiles to the faces of children across the region. What she heard during that luncheon sparked a drive to help bring the smiles back to kids, who by no fault of their own, have endured some of the worst abuse and trauma imaginable.

Swallows, who has served as UCCAC board chair since 2016, is now finalizing plans for this year’s fundraising luncheon scheduled for Thursday, April 4 at The River Community Church at noon. Averitt Express is this year’s presenting sponsor.

In the U.S. at least one report of child abuse is made every 10 seconds; between four and five children die each day from abuse and neglect.

Although everyone wishes that all children had a safe and happy childhood, unfortunately that isn’t always the case. Often children are left hurt, confused and feeling as violated by the system as they were by their abuser. This is where the UCCAC steps in and makes a difference.

“One of the dreams our executive director, Tracy, has for the center is that each child victim of severe physical or sexual abuse who comes to the CAC not only goes through the criminal process of forensic interviewing and medical exams and collection of evidence, but the child can also start to heal and receive trauma-reducing counseling and therapy,” said Laurin Wheaton, UCCAC board member and Cookeville vice-mayor. “They can receive therapy and medications when they are exposed to STD’s, for example.”

“It’s just one place the child comes to and instead of the child having to go to the police station or anotherlocation over here and have to tell their story multiple times, they go to one location, and everybody comes to them … on top of that they have the services to take care of them and their trauma in the best way possible,” explained Wheaton. “They also help the families, the non-offending parent, cope with what happened because lots of times the other parent didn’t know what was going on. We try to help re-assimilate the family back into as normal of a life as they can get.”

As vital as this organization is, it’s astounding how few people even know of its existence.

“The UCCAC was, and still is, one of the least known non-profit organizations in the Upper Cumberland,” said Swallows. “The UCCAC needed a board who would shout from the rooftops what they do, and what they need from the community in support to thrive.

“Child abuse is an ugly topic. Few want to even acknowledge it exists right here in the region, but it is very prevalent, and people need to learn the signs, so they can do their part and help those who may not have a voice.”

One in four girls and one in six boys are sexually abused before the age of 18. The median age for reported abuse is nine years old. Nearly 70 percent of all reported sexual assaults are on children ages 17 and under. Eighty percent of child abuse victims have been maltreated by one or both parents. There are 40 million survivors of child sexual abuse in America today.

The UCCAC has provided approximately 350 counseling sessions each year and gave case management on over 300 cases each year. The UCCAC provides services to child victims of abuse and their non-offending caregivers. The organization has served more and more children each year since its inception and earned its National Children’s Alliance Accreditation in August 2010.

Unlike other victims’ agencies, such as the Family Justice Center which helps victims of domestic abuse, the UCCAC is not fully funded by the government.

“So, that’s another reason I got on board,” Wheaton added. “I thought, oh my gosh they can’t do this by themselves, they have to have people in the community raise funds for them otherwise the center can’t function.”

“Shocking but true, Putnam and Cumberland counties are some of the worst in the state, and our UCCAC serves them and not one person who comes through the center pays for the medical exams, forensic interviews or counseling they receive,” said Swallows. “This is why we need people to show up to the luncheon – to hear about us, realize it is a reality right in our backyard and to fundraise for the vitality of our center.”

The theme of this year’s luncheon is “Every child deserves to grow up feeling safe and loved.” The new executive director, Tracy Plant, will speak and introduce her staff and their roles. District Attorney General Bryant Dunaway will speak on events across the Judicial District and provide tips on how to notice the signs, prevent and report child abuse.

Table sponsorships and seats are still available for the Annual Fundraising Luncheon. Other sponsorships options are available also. Questions about sponsorships or volunteering with the UCCAC can be directed to Kelly Swallows at 931-526-4025 or by email at kswallows@swallowsinsurance.com.

The UCCAC will gladly accept donations throughout the year. Needs include supplies, cash for services and items to help the victims. For $250 you can “adopt a child” and assist one child abuse victim by providing the funds for a medical exam, forensic interview, and one counseling session.

“Each year at the luncheons I always get approached by at least one or two people who were moved by the speaker(s) or information they heard, and they explain they were abused as children themselves,” added Swallows. “Everyone’s childhood isn’t perfect; some have horrific events in their childhood and adverse childhood experiences that can affect their life long-term if they don’t get the help they deserve. Our goal is to help those that suffer traumatic abuse get the help they need and even try to prosecute those who are responsible.”

“That’s why I’m on the board,” said Wheaton. “When I heard all this information, I literally could not say no. It’s just a horrible topic to talk about.

“It’s a terrible thing to have to acknowledge but if you don’t acknowledge it, that doesn’t mean that it isn’t happening. That was my whole big thing. This is still something that’s happening. It’s horrible and being a mom, I just … sometimes when Tracy tells us some of the things they are dealing with, we cry in the meetings because we are hearing these horrendous things. I just thought ‘how could I not try to make one of these child’s lives better?’”