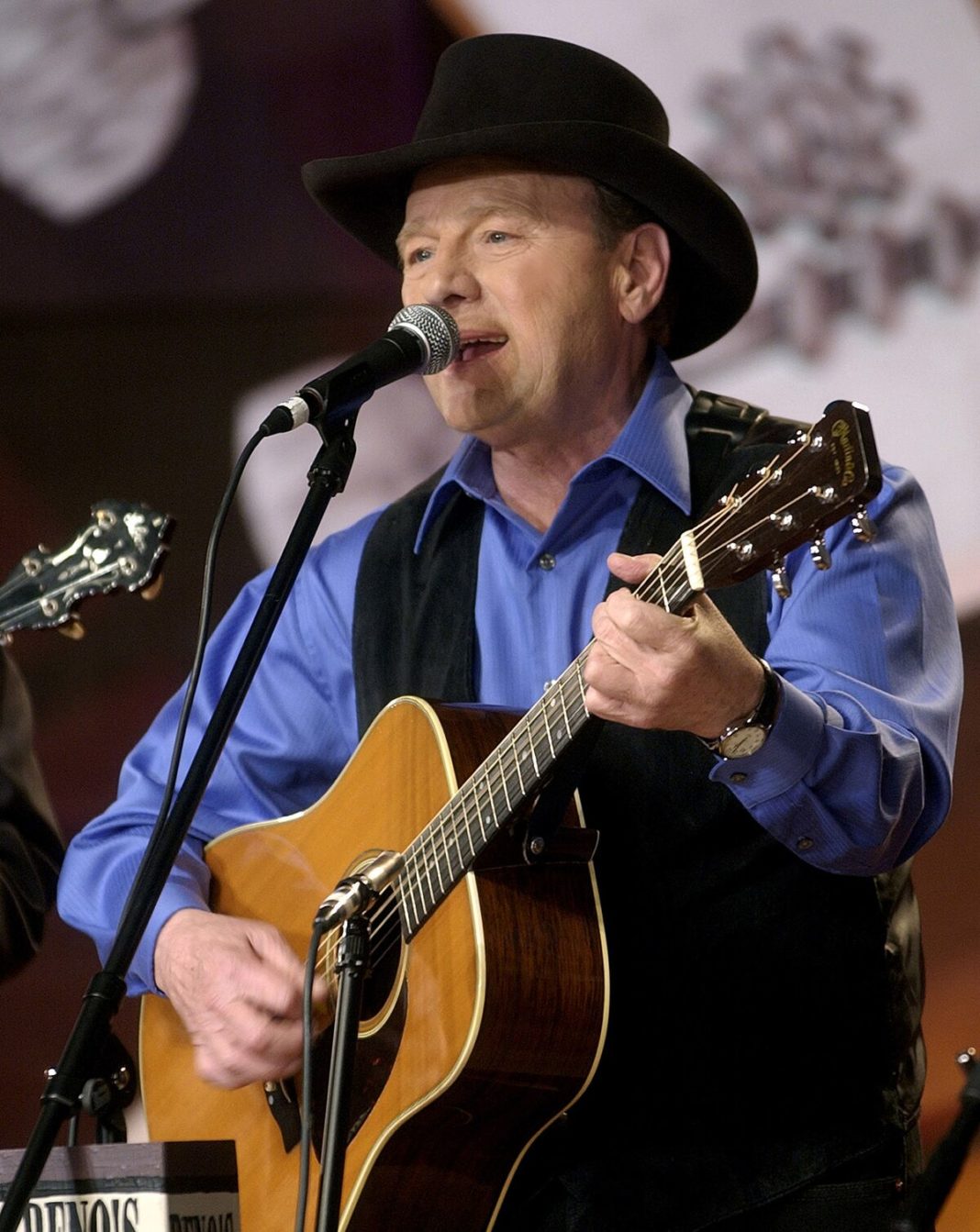 SMITHVILLE –The Smithville Fiddlers’ Jamboree & Crafts Festival has announced the Blue Blaze Award recipient for 2019. Bluegrass legend Ronnie Reno will be honored on Saturday, July 6 during the festival competition at approximately 5 p.m. followed by a mini-concert performed by Reno on the main stage in the Smithville Downtown Square.

When asked about the nomination and honor, Reno replied, “You know…over my six-decade career, I received numerous awards and recognitions, but I am particularly honored to receive the Blue Blaze Award from the Smithville Fiddlers’ Jamboree. First of all, we share a common mission–to preserve old time Appalachian and bluegrass music for future generations to enjoy and to celebrate its history.

“They’ve been at it for just about as long as I have (they are coming up on 50 years now),” Reno jests. “Second, it is the ‘official bluegrass festival’ of the state of Tennessee, my home state! SAL-UTE!. Finally, I’m in great company—Dailey & Vincent, Sierra Hull, Danny Roberts of the Grascals, Tennessee Mafia Jug Band, and Michael Cleveland have all received the Blue Blaze Award. I am absolutely honored and look forward to performing at this year’s event.”

“The Jamboree Board was unanimous in the decision to honor Ronnie Reno as our Blue Blaze Award recipient for 2019,” said festival president and coordinator Sam Stout. “Reno embodies everything that is at the heart and soul of bluegrass, and will be a great addition to our long, list of deserving honorees.

“The award is designed to honor a group or individual that ‘keeps the embers of bluegrass music glowing for future generations.’” said Stout. “With decades of experience, crowd-pleasing talent, and a rich family heritage steeped in bluegrass, Reno was a natural fit for this award. We appreciate all that he has accomplished to encourage the long-term appreciation of bluegrass music and look forward to his upcoming performance.”

Reno had a very early start in his future musical career. In 1955, seven-year-old “Little Ronnie Reno” climbed atop a milk carton, stretched up to the mic, and performed for his first national audience on “The Old Dominion Barndance.” This performance would prove to be the beginning of one of the most colorful, diverse and distinguished careers in the music industry–one that spans over 60 years, alongside some of the most legendary entertainers in Bluegrass and Country Music history.

Reno was launched into bluegrass greatness when he picked up the mandolin and joined his father’s band. His dad just happened to be banjo pioneer Don Reno and one-half of the Hall of Fame duo, Reno & Smiley. While juggling schoolwork with TV tapings and top-billed performances, young Ronnie honed his chops and was a part of that act’s great recordings in the 50’s and 60’s. He earned a reputation as a fine utility player and picked up additional work with groups like the Louvin Brothers or whoever needed him.

With the desire to spread his own wings, Reno joined the famed Osborne Brothers and provided part of the trademark trio harmony during the height of their commercial success. In 1971, they were awarded the coveted CMA Vocal Group of the Year.

His talent and credibility as “Bluegrass Music’s Youngest Old-Timer” caught the attention of Merle Haggard, who hired him back him up, alongside Bonnie Owens and The Strangers. As an additional bonus, Reno would serve as Haggard’s opening act, allowing him to build his own name as an artist.

The transition from Bluegrass to Country music was a natural one. Reno harmonized and played guitar with Haggard & Bonnie Owens in the 70’s and early 80’s, appearing on ten of Haggard’s albums and classic hits like “If We Make It through December,” “If We’re Not Back in Love by Monday,” and “Ramblin’ Fever.” He even wrote several of Haggard’s cuts, including the hit “I’ve Got a Darlin’ for a Wife.” Reno also opened for acts like Mel Tillis, Ray Price, Tom T. Hall and even Three Dog Night.

It was also during this time that Reno signed his own deal as an artist with MCA Records and released his debut album, appropriately titled For the First Time. He also hit the studio with many other artists including such legends as Johnny Cash, Johnny Paycheck, Willie Nelson and Leona Williams.

As a songwriter, Reno also experienced great success. In addition to his cuts with Haggard and many other artists, including Sammi Smith and Vassar Clements, and his song “Boogie Grass Band” became a smash hit for Conway Twitty.

Reno also celebrated success as a producer, churning out albums such as The Bluegrass Sessions by Merle Haggard and the celebrated Kentucky Gold (which reached #1 on the Bluegrass charts), Swing West (which reached #1 on the Americana charts) and Drawing from the Well by The Reno Brothers, which he teamed up with after the passing of their father Don. The distinguished group was nominated for an IBMA award in 1997.

In 1993, Reno became an ambassador of traditional music, producing and hosting the first and only national television show featuring Bluegrass music, “Reno’s Old Time Music Festival,” which could be seen in 28 million households. The show earned a nomination for the prestigious Cable Ace Award for “Best Musical Series” and Reno became known as “The Dick Clark of Bluegrass Music.”

After six decades in the entertainment business, Reno shows no signs of slowing. His new show “Reno’s Old Time Music” can be seen weekly in over 50 million homes on the RFD-TV network and earned the IBMA “Broadcaster of the Year” honors in 2013, which he added to his IBMA “Distinguished Achievement Award” earned in 2006.

Reno released his first solo album in over a decade, Lessons Learned, on Rural Rhythm Records on March 17, 2015 to warm reviews, including the Washington Post, who gave the album “top pick” honors.

In 2016, Ronnie Reno received SPBGMA’s highest honor with his induction into the Preservation Hall of Greats.  His name joins a list of legendary bluegrass trailblazers, beginning with Bill Monroe, and including Ronnie’s father, Don Reno, who was inducted with Red Smiley in 1984.

Ronnie dedicates a great deal of his time in the preservation and remastering of great archival performances of bluegrass and acoustic artists, ensuring not only their legacy, but his own, for future generations to enjoy.  His catalog of work during his 60-year career will certainly have a marked impact. (biographical information courtesy of www.ronniereno.com)

For more information on the Smithville Fiddlers’ Jamboree, go to www.smithvillejamboree.com or join their FaceBook Page.