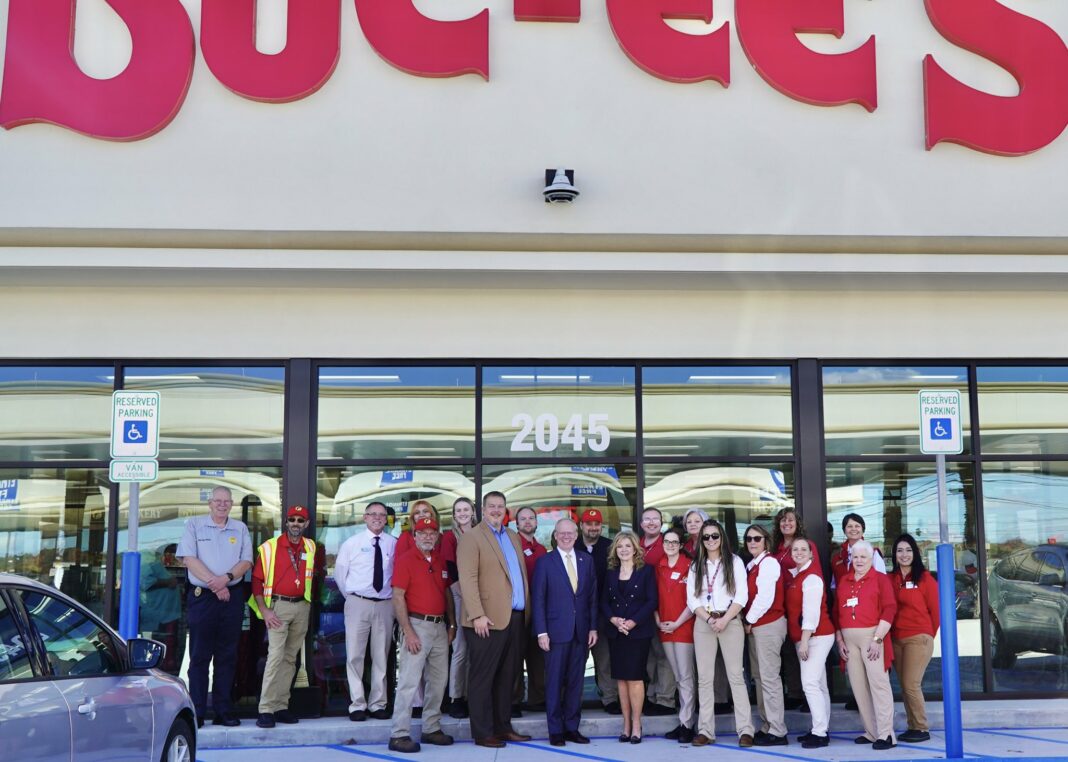 Pictured are – Senator Marsha Blackburn with the crew of Buc-ee’s and county and state officials.

Crossville – On Oct. 14, Senator Marsha Blackburn visited Crossville to tour the new Buc-ee’s location. Since the doors opened, with much fanfare, on June 17, the convenience giant has continued to see lines stretching all the way to I-40. Beside every pump visitors fill tanks, and every day eager travelers excitedly rush the doors in search of everything from fudge to BBQ. The Crossville Buc-ee’s has almost 54,000 square-feet of shopping area with 120 fueling stations.

Buc-ee’s has been a strong stimulator to the economy over the past few months, and that looks to continue as the travel center is showing no signs of slowing. Blackburn told the Upper Cumberland Business Journal (UCBJ) she enjoyed her time at Buc-ee’s and in the Upper Cumberland, and the only way for growth and a strong TN economy is through support of all business, big and small.

“You cannot beat a Tennessee fall,” Blackburn told the UCBJ. “The trees are every shade of red, orange and yellow, and the weather has been absolutely beautiful.”

Blackburn, who travels across the state annually, says she understands the importance of businesses like Buc-ee’s making a home in the Upper Cumberland.

“We are delighted Buc-ee’s sought out Tennessee as their next business market,” continued Blackburn. “The Buc-ee’s in Crossville has been tremendously successful in just a few months, and we’re looking forward to the grand opening of a second location in Sevierville next summer. It was wonderful to tour the facility with Congressman John Rose, Cumberland County Mayor Allen Foster and Crossville Police Chief Jessie Brooks, and meet travelers taking a break from the road.” 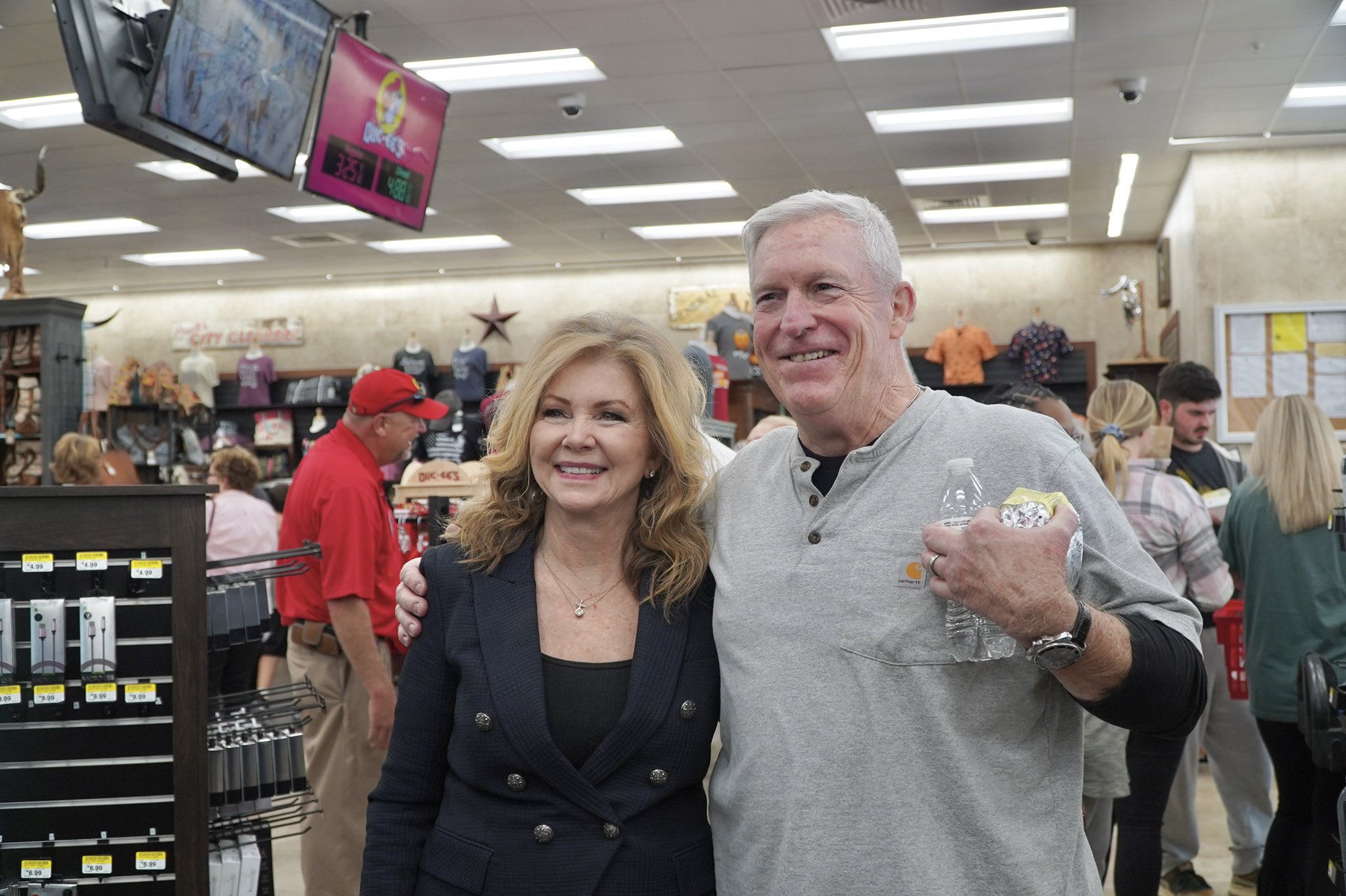 “Main street” America is the backbone of a successful national economy. Blackburn says some of the policies coming out of Washington are stifling growth in small business, and she believes steps she has taken will help those businesses grow.

“The Biden administration and Congressional Democrats have recently made clear their intention to weaponize the IRS by giving them billions of dollars, authorizing thousands of new agents and allowing them to raise user fees for small businesses,” said Blackburn. “This is a huge problem, and it’s why I’ve introduced legislation, the IRS User Fee Reduction Act, to stop the IRS from charging small businesses exorbitant user fees. By reducing the bureaucratic red tape, we can help our local economies thrive.”

What is the key to growing “main street” in America?

“You cannot have 21st century education, health care or economic development without 21st century internet,” continued Blackburn. “In Tennessee, we’re seeing major development projects moving into rural areas because our state leaders have worked with me to remove federal barriers and encourage private investment in these broadband networks. Earlier this month, I hosted a roundtable discussion in Nashville with FCC Commissioner Brendan Carr on the future of broadband, and we are going to continue working on ways to get as many people connected as quickly as possible.”

Many economists are certain a recession is just around the corner. Prices are up everywhere from the pump to the grocery store. Businesses are making adjustments, and families in the Upper Cumberland are trying to adjust their budgets. Blackburn understands the concerns, and says TN is in a good position to survive a downward turn in the economy.

“Tennessee is in much better shape economically because of the fiscally responsible policies maintained under Governor Lee and the General Assembly’s leadership,” said Blackburn.

Small business is the key to weathering the storm, according to Blackburn.

“Tennessee’s economy is fortunate to be supported by over 142,000 small businesses across the state,” she said. “As we witnessed throughout the pandemic, small businesses are resilient. But Joe Biden’s plan to increase taxes and hire 87,000 new IRS agents to target their businesses is not making their life any easier. This kind of government overreach will slow investments, cost jobs and hurt Main Street America.  Washington has got to get its spending under control if our small businesses are going to continue to prosper.”

Unemployment is still a concern. Blackburn, who touched down in 95 counties this year, says, from farmers to small business owners, those she has spoken with are also concerned over steep prices on tighter budgets.

“I heard from Tennesseans everywhere — farmers, sheriffs, small business owners, educators and parents — who are deeply concerned by the steep prices, tight budgets and unemployment,” she said. “I share that concern and am working hard every day to fight back against the poor economic decisions that are causing this downward spiral”