UPPER CUMBERLAND – With another year almost in the books, it’s time to take a look back at some of the stories, in no particular order, that had our readers talking.

Total solar eclipse. In August, thousands of avid eclipse chasers, and those hoping to sneak a peek of a total solar eclipse for the first time, flocked to communities along the path of totality – a path where onlookers would be able to view the corona, or the sun’s halo around the moon, once the moon completely blocked the sun – in person. 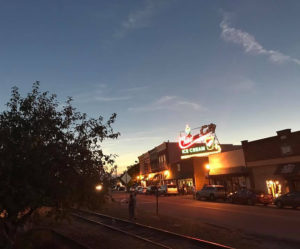 Cheers and whistles erupted across the region as totality officially began and darkness settled in at approximately 1:30 p.m. on Aug. 21. Many communities in the UC were located along the path, which stretched from Oregon to South Carolina.

Reports indicated at least 40 states and 15 countries – including Argentina, Brazil, Canada, England, Netherlands, Portugal, Puerto Rico, Spain – were represented by tourists who trekked to Cookeville specifically for the eclipse event.

More than 10,000 people were estimated to be on Tennessee Tech’s campus alone. The university was named a NASA-official viewing location for the eclipse and hosted several events including an Eclipse Fest and Viewing Party. 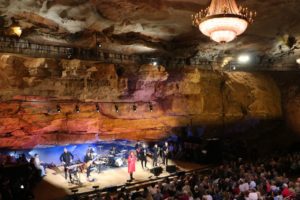 However, staff there estimated the event accounted for about 25 percent of the business at the cave but the majority of visitors come to visit and tour the cave system itself. Music will continue at Cumberland Caverns including a mix of acts ranging from Americana, bluegrass, contemporary Christian, southern gospel, and rock acts are lined up for the 2018 concert season.

The Volcano Room – the natural soundstage within Cumberland Caverns – offers a pure sound much like a recording studio, and is considered one of the top live music venues in the world because of its acoustics and unique features.

Cookeville’s Kmart and Sears stores are closing. In November, Sears Holding Corporation named 45 Kmart stores and 18 Sears stores tagged for closure by January 2018. The Cookeville Kmart was named among them.

Then, one week later, Sears corporate confirmed the Cookeville Sears store, which was not named in the previous list of stores slated for closure, would also close for good in early 2018. The number of associates affected by the closures was not made publicly available.

Like their Kmart counterparts, eligible Sears associates will receive severance and have the opportunity to apply for open positions at area Sears or Kmart stores.

Shoppes at Eagle Point officially breaks ground. After roughly four years of discussions, plans, and meetings members of the project’s development team were joined by Cookeville city and Putnam County officials to officially break ground on the new retail development. 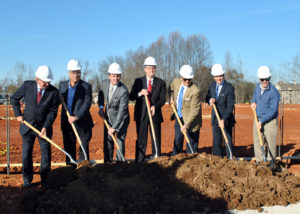 A joint venture between CBL Properties, CHM, LLC, and Browning Development, the 40-plus acre Shoppes site, located along Walnut Avenue and Interstate Drive, will offer more than 230,000 square feet in retail space. Dubbed a “regional power center” by Browning, the development will be anchored by big-name retailers Publix, Academy Sports + Outdoors, Ross, PetSmart and Ulta Beauty. A mix of other retailers, including Five Below and Shoe Carnival, and restaurants, including Chipotle Mexican Grille and Panera Bread, are also expected to call the Shoppes home.

Discussion of a possible new retail development began nearly four years ago. Site plans began circulating in 2015 and The Shoppes at Eagle Point stood poised for a summer 2016 completion; pending environmental approval. Later that year, an environmental group filed a petition in opposition of the development; citing nearly four acres of wetlands stood to be destroyed as a result.

A mitigation plan was established, securing a 42-acre, pristine wetland site located in White County. The mitigated site is home to nine endangered species and flows into a 1,200-acre watershed. According to those plans, only non-invasive, low-impact, activities such as hiking, wildlife viewing, or educational uses will be allowed there. Browning Development Solutions will fund the long-term management and maintenance of that site.

SAIC calls Cookeville home. Local government officials and business leaders were able to get a first-hand look of SAIC (Science Applications International Corp.), one of the newest companies to call the city home, during an open house event held in September.

The facility, located in the heart of the city’s historic Westside, on the third floor of the Regions Bank building – in a space leased directly from Tennessee Tech University, first announced plans to move to the city in May.

Working alongside Tennessee Tech and the state, SAIC hopes to further grow the local 21st century workforce to better meet the needs of their client base. As many as 450 people within the local community have reportedly expressed active interest in working for SAIC. 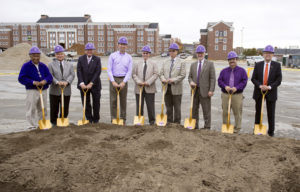 The $90 million facility, slated for a fall 2020 completion, was funded by the state of Tennessee in the university’s 2016 budget appropriation. A total of $1.1 million in private support was also reportedly raised for the facility’s construction.

In addition to being the university’s largest academic building, the new laboratory sciences building will also be Tech’s first LEED-certified facility. LEED, or Leadership in Energy Efficient Design, is a widely-used green building rating system overseen by the US Green Building Council. Certified buildings must meet strict efficiency and sustainability criteria. That certification is being funded by student sustainability fees.

The new laboratory sciences building will be located at what is currently the site of one of the campus’ parking areas, north of the Capital Quad residence halls and will anchor a new academic quad. It will house Tech’s chemistry department as well as a portion of the biology department.

More than 17,000 square feet of lecture halls and lab space inside the new facility will be available for use by earth sciences, physics and environmental studies. The new building will also serve general education requirements for all majors on campus.

Algood mayor resigns abruptly. In November, Scott Bilbrey announced he was calling it quits as the city’s mayor. 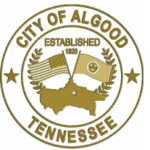 In a post on Bilbrey’s personal Facebook page: “The abuse that my family and I have endured for the past three years has affected my overall health. I believe I have put forth great effort as your mayor to make sure all of the citizens had a voice, were treated fairly and equitably.”

According to city administrator Keith Morrison, prior to Bilbrey’s announcement, the city council hadn’t held a meeting since August, following Dr. Richard Heard’s resignation from the council in early September. This prevented a meeting from taking place that same night as Bilbrey was also absent.

Vice Mayor Kirk Dyer was officially sworn in as the new mayor of Algood later that month. 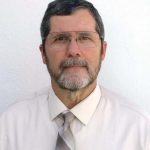 The council reportedly received some 40 applications in its nationwide search and narrowed that list down to six finalists in recent weeks. During the interview process, three dropped out of the running. Wood holds a masters of public administration from the University of West Florida.

He has similar experience dating back to 1984. Wood succeeds David Rutherford, who was dismissed in April; Steve Hill, who was appointed interim city manager but dismissed in January; and Lee Lawson, the city’s IT administrator, who held the interim spot prior to Wood coming onboard.

BlueCross Bowl/TSSAA championships, HOG Rally continue in Cookeville. Each year, the entire community comes together to host the state high school football championship games, an event that has made Cookeville-Putnam County home since 2009 and will remain for another four years. 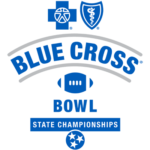 An extension was granted to continue hosting privileges as local representatives from Tennessee Tech, city, county, chamber and visitors’ bureau presented to the Tennessee Secondary School Athletic Association Board of Control in January 2017.

The event has been known to rake in $2.5-3 million in the past – from visitor spending seen at local hotels, restaurants, retail stores and in gas purchases. However, an economic impact study wasn’t conducted during this year’s event.

In July, the Cookeville-Putnam County Visitors’ Bureau along with the Harley-Davidson Motor Company and Tennessee Department of Tourist Development kicked-off the first Southern Backroads Harley Owners Group (H.O.G.) Rally, an event expected to welcome thousands of motorcycle riders to the state during the week.

Motorcycling is a solid economic driver for Tennessee with popular riding routes throughout the state’s beautiful backroads. The average Harley-Davidson rider is estimated to spend more than $300 per day when traveling, making motorcycle tourism a market Tennessee happily embraces.

Cookeville was selected to host this regional event after Harley-Davidson launched a new direction in its rider services division in 2016 with a more regional approach. The city has served as host to three state level H.O.G. rallies in the past five years, a record for Tennessee. During the 2015 state rally, the hub city of the Upper Cumberland hosted nearly 2,700 attendees from 37 states and three foreign countries.