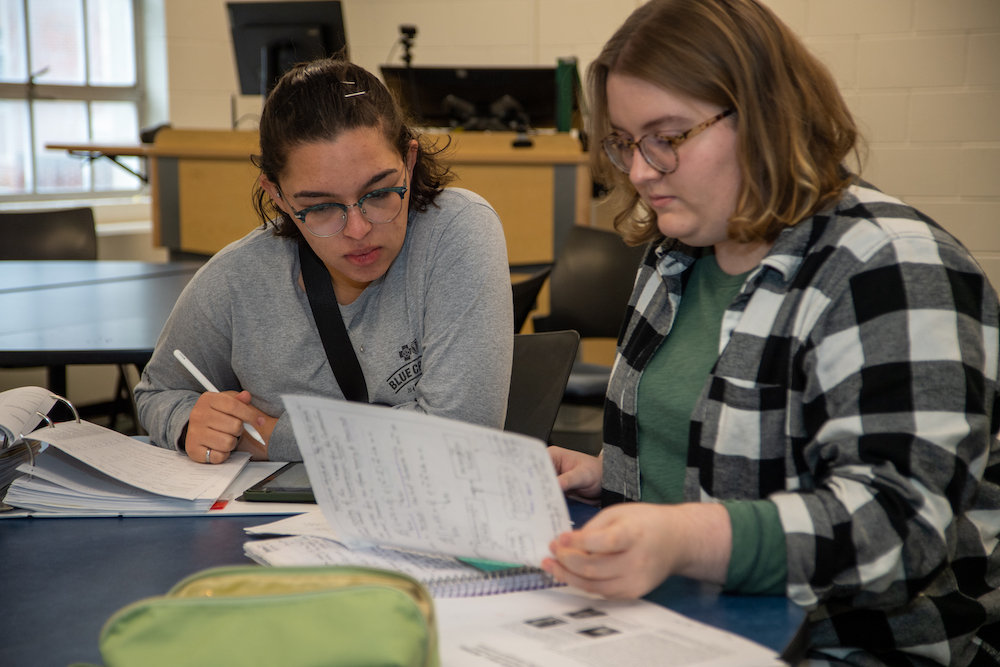 “As a faculty, we wanted to change that,” Arce said. “We wanted to make sure the program was attractive for them as well. Chemical engineering is a profession that is viewed by a number of people as a profession that really impacts society because it relates to things such as health, food, energy, the environment and biomedicine – all things that are very important to society.”

Today, records show that the percentage of women in the chemical engineering undergraduate program at Tech has grown to almost 41 percent, and there are more and more times when a graduate class is mostly women – a fact that has delighted Arce as he’s worked with fellow faculty and staff to make sure that women are not underrepresented in the field.

According to a study published by the International Journal of Engineering Education, several things tend to most greatly affect the number of women in engineering programs: the learning environment, a program with a solid reputation and opportunities for real-world experience.

“I feel like we have been able to improve all of these things for the women in our chemical engineering program over the years working collaboratively with students, faculty, staff, alumni and the university,” Arce said.

Six female Tech students currently in one of his graduate classes say they agree. Katie Mealio of Pegram, Tennessee; Brianna Turner of Sparta, Tennessee; Shafieh Karami, of Iran; Naza SamueL of England; Jennifer Toney of Evansville, Indiana; and Meagan Burtch of Cookeville are all in his class, Physics of Transport, which is one of the chemical engineering classes where female students are in the majority at Tech.

“I feel like Dr. Arce is very supportive of women in education,” Samuel said. “I feel like he’s very happy that there are women in his course pursuing engineering and he is passionate about us being here.”

“I think because we are used to neutral reactions to our presence – or even reactions that are not great – it sometimes feels odd to have that kind of support,” said Mealio.

Burtch spoke of her memories as a young girl when a teacher would praise the boys in her class and encourage them to pursue a career in science but would say no such thing to her – even when she got the exact same grades.

“I don’t think I see a lot of conscious push-back about my being a chemical engineer now, but sometimes as an undergrad doing group work, if I was the only girl, there would be times when I’d say an idea and they would all shoot it down, and then a few hours or days later one of them would voice the same idea and think it’s a revelation,” she laughed. “I feel like that doesn’t happen as often the further you get into the program, but at the beginning, I found it can happen quite a bit. But I’ve also had some men who would realize they were doing it and apologize. So, I think it kind of depends on the people you’re around and the culture of the workplace can definitely affect it.”

Samuel, who came to Tech from London, England, as part of a study abroad program, says she ran into similar struggles with microaggressions as a female chemical engineer during a job she held over the summer.

“I often feel like, as a girl, I have to prove myself more,” she said. “At that job, I felt like my decisions were questioned a lot more than any of the men’s. There were only two women in that company of something like 40 chemical engineers and I definitely felt I didn’t get the same level of respect as men in the same position, though a lot of times that was mostly among the older generation of engineers.”

Karami, a doctoral student in chemical engineering from Iran, said she’s found more acceptance of her choice in profession here in the states.

“I come from a country in which women are not really respected. When I came here, I received more respect as a woman in a scientific field,” she said.

One of the sources of encouragement in their field has been organizations on campus specifically tailored to supporting women, they say.

“One thing that I think makes a big difference is also the community I’ve found in the graduate program. There is no competition, and we are just trying to help each other succeed and learn, and that makes a big impact,” said Melio.

“I have found that collaboration  among students and between students and faculty is far more successful for the students’ outcomes than competition,” said Arce.

Upon graduation, the women in Arce’s chemical engineering graduate class have plans to go into jobs such as cancer research, medical school, pharmaceutical industry, industrial wastewater treatment and working with clean water overseas.

“I love how mentally challenging this field is,” Samuel said. “I feel like I’m never going to get bored – that I’m always going to be working on problem-solving.”

“I really like the versatility and the different real-world applications in the major and feel like there’s a lot I’ll be able to do with this degree,” she said.

“My dream is to get the ratio to 50-50,” Arce said. “If we continue providing the resources and the support of the university, because this is something that we have work toward together, I believe we can do it.”

The women in his class encourage other female students interested in engineering to not feel intimidated by the idea of stepping into the traditionally male-dominated field.

“Stick with it,” Mealio said. “It’s not an easy degree. It’s not an easy four years, but stick with it and make connections. Just because your path to and through this major may look different than the other people around you does not mean that your path is less important, or that you are lesser. You made it to this point, just keep going.”