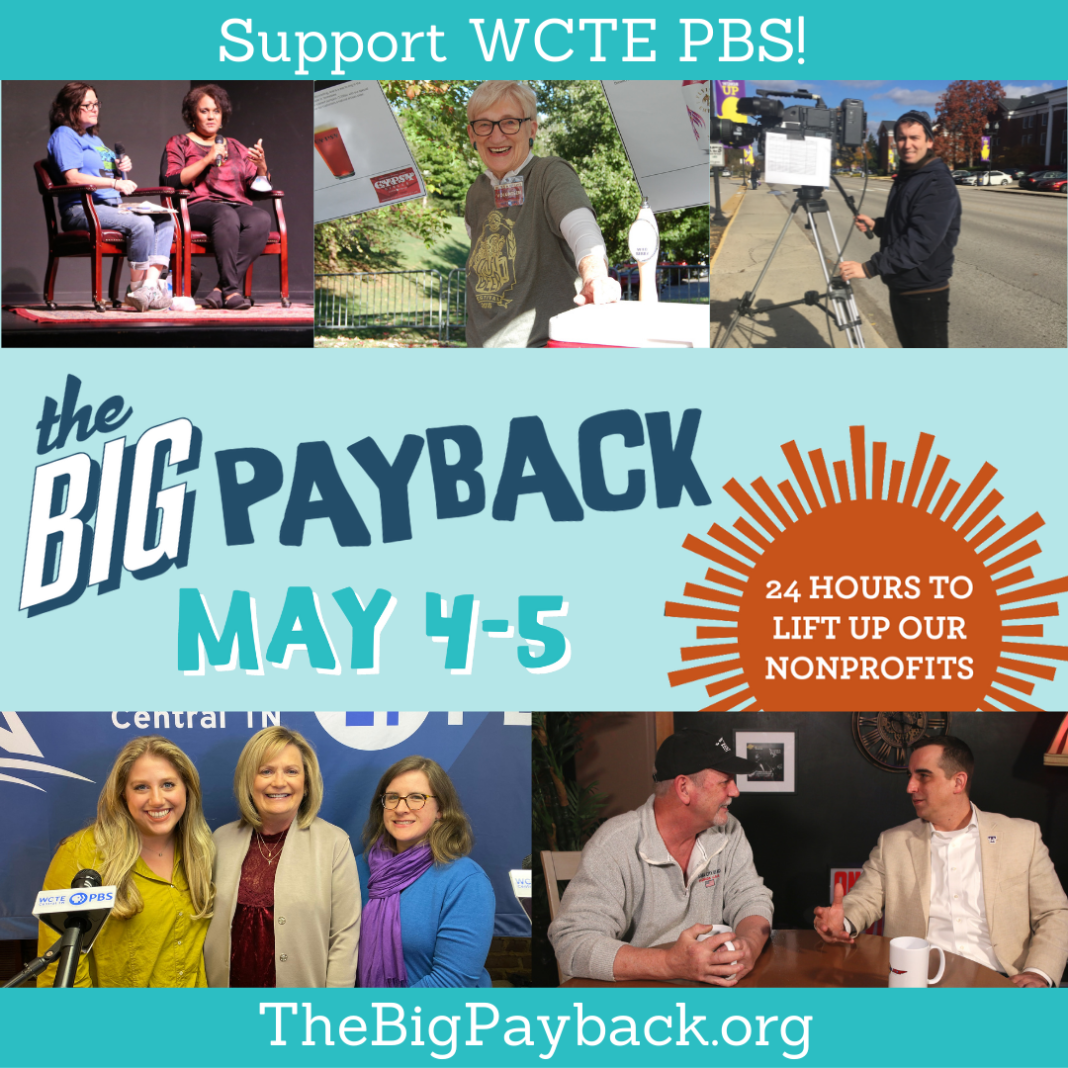 COOKEVILLE– WCTE PBS is once again participating in The Big Payback, a 24-hour, online giving event created to help Middle Tennessee nonprofits raise vital funds needed to continue their work and directly improving the community around them. The Big Payback begins at 6 p.m. on May 4, 2022 and continues until 6 p.m. on May 5.

The Big Payback, hosted by The Community Foundation of Middle Tennessee, is a community-wide giving day which shines a spotlight on local giving, raises awareness of nonprofit work and motivates Middle Tennessee to “give back” to nonprofits in a big way. It’s also the prime time of year to give because every gift you make could be boosted by cash prizes.

Once the clock starts ticking at 6 p.m., anyone can visit thebigpayback.org/WCTE and make a donation to WCTE PBS. The money raised from the Big Payback will play a crucial role in supporting WCTE’s local production work. The station has long been committed to its public service mission of telling the stories of our region and providing trusted, educational programming to the communities of the Upper Cumberland.

During the past eight years, The Big Payback has made a tremendous impact on the Middle Tennessee community, helping raise nearly $25 million for area organizations.