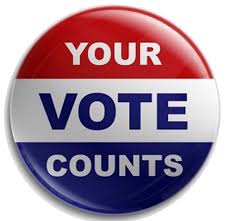 UPPER CUMBERLAND – Voters in the Upper Cumberland will decide serious issues when they go to the polls tomorrow. Ballots across the region will include referendums on both an increase and a decrease in sales taxes, sales of alcohol and lastly, elected officials in federal, state and local races, including one person who will be elected mayor of Allardt as the result of a write-in vote since no one is officially seeking the position.

Macon and Smith counties will give voters the final say in sales tax rates.  Alcohol ballot initiatives include liquor-by-the-drink in Spencer, wine in retail food stores in Carthage, and a vote on retail package stores in Fentress County. Leadership elections vary by county.

Voters in Macon County will decide on a 0.5 percent increase on sales tax to the local option limit of 2.75 percent.  The tax would remain in effect for a period of 25 years under the referendum’s sunset clause.

Funds would be used to construct a new school in the county that has seen a 14 percent growth in student population over the past five years.  A $20 additional wheel tax or 12 cents additional property tax would be required to cover the remainder of the cost according to the Macon County Times. If the measure fails, an additional $60 per vehicle wheel tax or approximately 37 cents of property tax would be required to fund the project.

Smith County voters have the rare opportunity to decrease the sales tax rate by 0.75 percent. In Sept. 1999 the Smith County Commission voted to raise the local option sales tax by three-fourths of a percent as a means of funding a school building program. This was approved by a referendum of the voters in March of 2000. According to the Carthage Courier, county officials say they have collected enough money to pay off the school building program in June of next year.  As a result, the commission voted to repeal the $50 wheel tax, which was removed last fall, and to let the people decide whether to remove this additional sales tax.

Alcohol initiatives are on the ballot in three different counties.

In Carthage voters will decide whether to allow the sale of wine in retail food stores.  There are no package liquor stores in Carthage, but liquor by the drink is available. This measure would allow wine sales in grocery stores Monday through Saturday from 8 a.m. until 11 p.m.

Spencer voters will be voting on liquor-by-the-drink.  The town of Spencer has had package liquor stores for many years, but this initiative would allow for on premises consumption.

In Fentress County voters will once again have the opportunity to decide if they want retail package stores in the county. This issue has arisen several times, as recently as Nov. 2016 when it was defeated by just 130 votes.