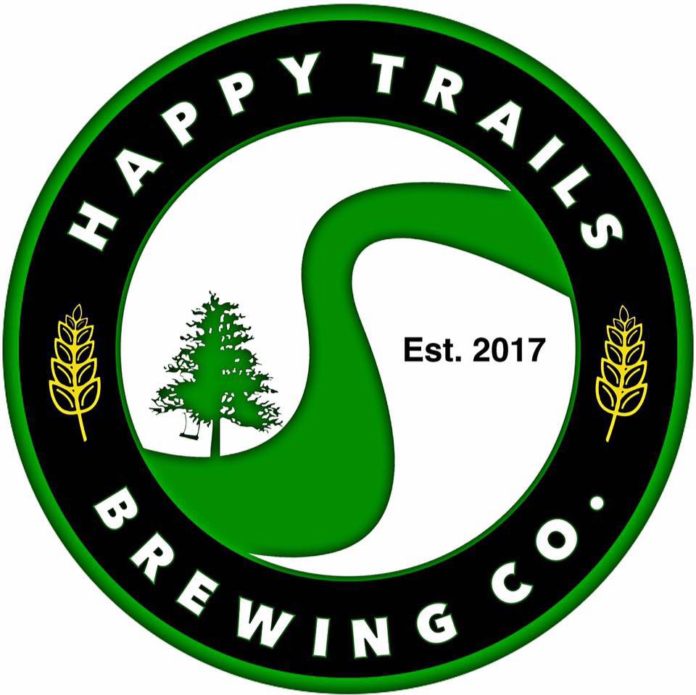 WHITE COUNTY – The region’s roster of craft- and small-batch breweries is growing yet again. Happy Trails Brewing Company, a new brewery out of White County, has announced plans to join the ever-growing list of local brewers.

However, folks will have to wait to visit the new brick-and-mortar brewing facility and taproom which is slated for a spring 2019 grand opening.

“We are shooting for eight to 10 months (until opening) but have put an opening date of early 2019 with hopes of (opening) sooner,” said Jessica Upchurch, Happy Trails owner.

Paying homage to the region’s abundance of nearby parks, trails and scenic byways, the name “Happy Trails” encourages patrons to “find your happy.”

“Sparta is located right in the middle of such beautiful country,” said Upchurch. “We have so many wonderful state parks within just a few miles. We want to appeal to the public with our name and location.”

Upchurch along with her husband, Trey, and daughter, Lillian, moved to Sparta three years ago after Trey took over as principal at Prescott South Middle School. Jessica also works in education as a pre-K teacher in Cookeville.

For now, the brewery will be a part-time venture but one that will allow the family to expand from their current home brewing operations into a full-fledged brick-and-mortar brewing facility; offering a place to sit down and have a pint.

“We have been avid homebrewers for quite some time,” Upchurch explained. “I completely loved the idea that you can take just take a few simple ingredients and make a great product that people want to share and enjoy.”

After visiting several breweries and doing a few tours, she was hooked.

“They were great to show me their processes and the ins and outs of a larger-scale brewery,” Upchurch said.

“My love for craft beer grew but when I saw a magazine all about home brewing, I thought that was something that would be fun and beneficial,” she added.

While most people start with extract brewing on a single-gallon batch, she went all in with all-grain and five-gallon batches and “never looked back.”

Upchurch took her training to the next level, acquiring a Masters Certificate in Brewing Science and Operations from Auburn University.

“I worked hard over the past year, completing the coursework necessary, as well as brewing alongside some awesome brewers in our area and helping some close friends with their own brewing endeavors,” she said.

After completing 12 hours of coursework and accumulating 120 hours in brewery experience, Upchurch graduated in a small ceremony held at the Red Clay Brewing Company in Opelika, AL in September. She completed her internship locally at Jig Head Brewing Company.

“Our plan is to start off with a small, two-barrel brewing system with room for growth if needed,” she said. “We are working on finalizing our lease and (are) hoping to open in the next year.”

They plan to stick with at least three staple brews along with two or three that will rotate depending on the season and popularity. An offering of growlers, crowlers, and sampler flights will also be available.

“Our staple beers will be a Pilsner, a pale, an IPA (India pale ale), and a stout priced around $4.50 a pint,” Upchurch explained.

Her signature beer, a stout, placed first in the Oregon SheBrew competition for female brewers and also achieved a silver ranking in the National Homebrew competition sponsored by the American Homebrewers Association. It was also awarded a bronze medal by Auburn and won the people’s choice award for home brewers during this year’s Wine on the WestSide event.

“The brewing industry has been steadily growing for years and we’ve seen a need for more availability in our area,” she said. “With Happy Trails, I hope to bring true-to-style beers along with a family-friendly environment.”

And Upchurch is right. The number of craft- and small-batch breweries – in the region, state and nation – has steadily grown in recent years.

According to the Brewers Association, Tennessee was home to 66 craft breweries in 2016. Each year, breweries across the state roll out more than 250,000 barrels of craft beer each year. In the UC, there are at least a half-dozen known craft breweries; each providing its own take on the tradition of craft brewing and providing brews as diverse and unique as their creators.

Small and independent American craft brewers kicked in $67.8 billion to the US economy last year – a figure calculated by the total impact of beer brewed by craft brewers as it moves through breweries, wholesalers and retailers; as well as non-beer products like food and merchandise that facilities sell.

When looking at craft brewing stats, Tennessee is somewhere near the middle in terms of economic impact – holding the number 20 spot, to be exact. Last year, the state reportedly generated more than $1.13 billion in economic impact and employed more than 7,000 individuals on a full-time basis.