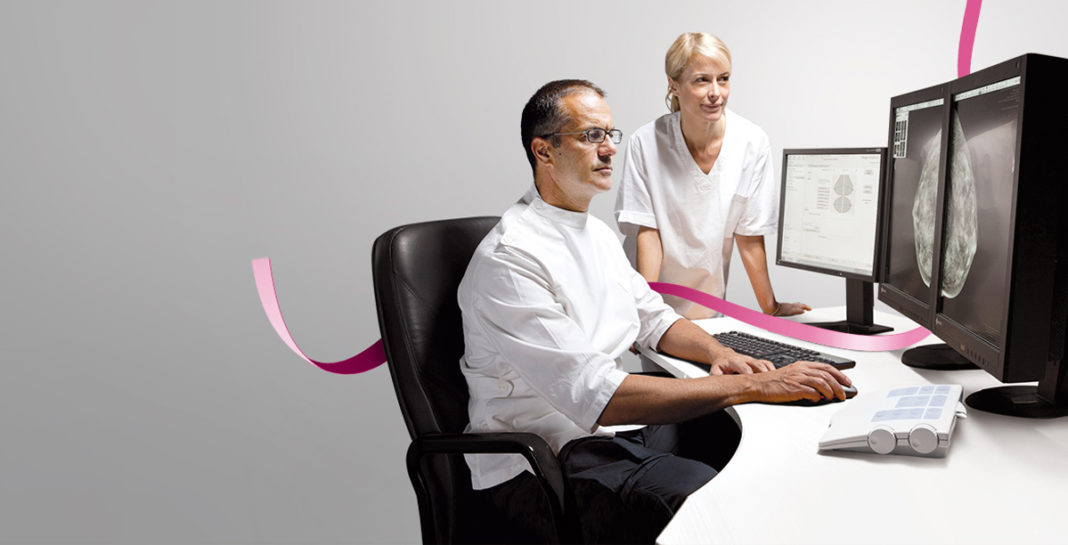 SMITHVILLE – Three Upper Cumberland hospitals are readying to roll out the latest technology in mammography.

Saint Thomas Health will unveil three new 3D digital mammography units at three of its four facilities in the region, including Saint Thomas DeKalb in Smithville, Saint Thomas Stones River in Woodbury and Saint Thomas Highlands in Sparta. Officials say the 3D, or tomosynthesis, units have the ability to catch potential tumors that traditional scans cannot – by producing a three-dimensional view of the breast tissue and “slicing” it into multiple images, a radiologist can get a better view.

The additions represent a “serious (capital) investment,” Saint Thomas Health spokeswoman Shan Burklow said. That number is near $1.1 million between the trio of facilities; the units range in price from $349,000 to $389,000.

“It is a big deal; 3D digital mammo is not readily available everywhere, and it is unusual for rural hospitals to have access to this,” Burklow told the UCBJ. “You usually see this in larger hospitals, but Saint Thomas wanted to bring its facilities this state-of-the-art equipment.”

She said the machines – made by GE – have been installed, and staff members are currently implementing final processes. Saint Thomas Health has scheduled ribbon-cutting celebrations at DeKalb, Stones River and Highlands for Tuesday, Oct. 11, but Burklow said they could possibly be put into use by the end of August.

The sooner the better. Breast cancer is the second leading cause of cancer death among women. Kristin Lockhart, RT, manager of medical imaging at Saint Thomas Highlands, said they do approximately 150 mammograms a month in Sparta. The number of suspicious finds vary: from one to as many as 12 per month.

“The benefit of Highlands having the 3D will have the patient stay in the county for follow up images,” she said.

“We are grateful to Saint Thomas for bringing the latest technology in mammography to our regional ministries and the local community,” added Chris Mick, director of radiology at Saint Thomas DeKalb. “This is going to be a great benefit for women in our area concerning breast health and diagnoses.”

Premier Diagnostic Imaging in Cookeville was the first facility in the area to offer digital mammography, and in 2013, was the first provider of 3D mammography in the UC. Last year, Cookeville Regional Medical Center added its own Hologic 3D mammography unit on a not-to-exceed cost of $443,000. CEO Paul Korth said the hospital had been “losing business to competitors” because they did not offer the technology.

Burklow said the addition of 3D mammography at Highlands, Stones River and DeKalb is part of an overall upgrade at the three regional facilities. Saint Thomas acquired the hospitals – and Saint Thomas McMinnville – in August 2015 from Capella Healthcare. McMinnville is not currently implementing 3D mammography, Burklow said. They have instead invested in cardiac and obstetrics care.