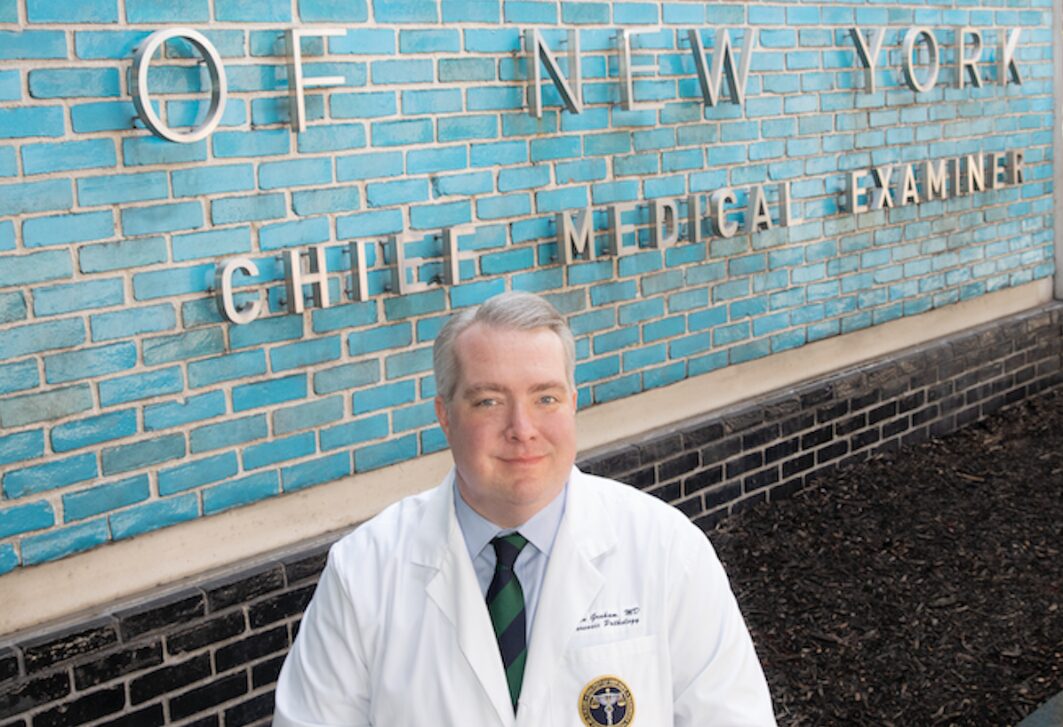 Cookeville – Jason Graham, M.D., a graduate of Tennessee Tech University with a bachelor’s degree in chemistry, has recently been named Chief Medical Examiner in New York City. He says that attending Tech gave him the solid groundwork for academic success.

“Academics at Tech prepared me well for medical school, particularly Tech’s physical and life sciences education,” Graham said. “Having much support and a solid undergraduate foundation enabled me to go on to considerable academic success in medical school at the University of Tennessee, Memphis, before securing highly competitive residency and fellowship training.”

Graham was encouraged to attend Tech by his father, alumni Joe Graham, because he knew that the school offered an excellent college education that was reasonably affordable. Tech was the university closest to his home and family in neighboring White County. Jason’s younger brother Ryan Graham, received both undergraduate and graduate business degrees from Tech, as well.

“Being at Tech also allowed me to work throughout my pre-med college years at the White County Community Hospital in Sparta, which was a very formative experience that helped direct my future medical career,” he said.

Growing up in a small community and having different opportunities in rural Tennessee instilled values in Jason that set his course toward public service very early on.

“I’ve wanted to become a doctor for as long as I can remember, but I think solidly since around five years old,” he said. “The sense of responsibility for helping neighbors, family and friends in the community during times of need always seemed important and meaningful to me, and I think that this has influenced my career trajectory significantly, not only in becoming a physician but also now as a government public servant for the past 15 years.”

He started his medical career in general surgery only to find the specialty of pathology and then forensic pathology as a change of direction later on.

“Forensic medicine sits at the crossroads of public health and public safety, and the idea of using my medical knowledge to help solve crimes and help save lives was very exciting for me…the ‘CSI’ effect, possibly,” he said.

After completing his forensic medical training, he accepted a position with the NYC Office of Chief Medical Examiner (OCME) as a City Medical Examiner. Doing various roles with OCME allowed him the opportunity to be second-in-command for the agency for the past decade.

Now he holds the leading position in his field.

“It is a great honor to serve in a position of such public trust; it is our responsibility to independently investigate any sudden, unexpected or violent death occurring in the five boroughs of NYC as well as the operation of five forensic science laboratories, including the largest public DNA crime laboratory in the nation, among other vital functions for NYC, such as the response to the COVID-19 pandemic, the largest mass fatality incident in modern history,” he said. “I am grateful for the opportunity to lead this exceptional agency during such a historic time.”

After all of the opportunities Dr. Jason Graham has had, he still says his education was vital to his career.

“Tech offers an excellent education that can prepare you well for any career pathway,” said Graham. “Perseverance is the key to reaching goals, regardless of where you start or what direction you choose.”