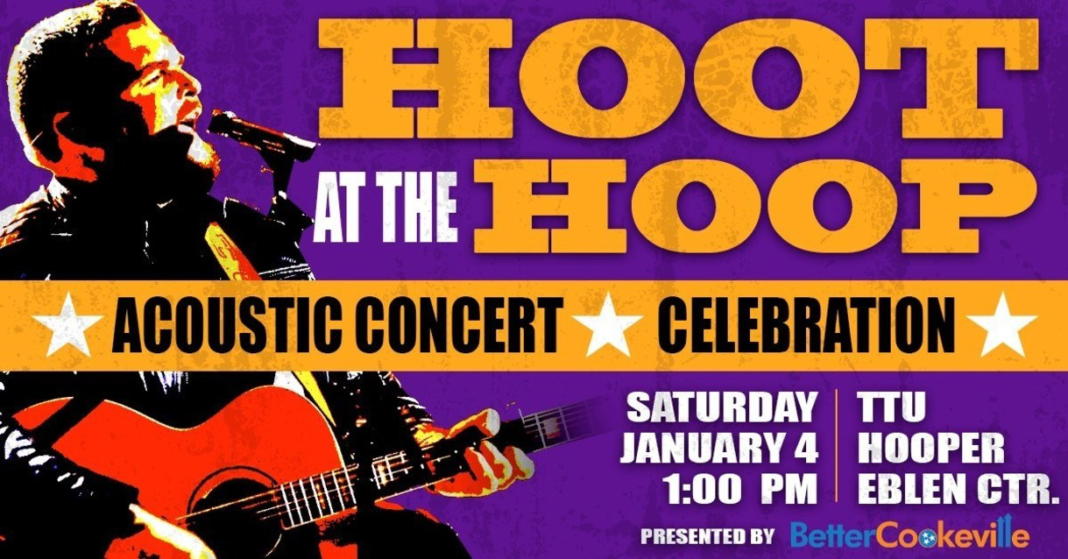 COOKEVILLE – Tennessee Tech alumnus Jake Hoot is bringing his music back to campus.

After winning season 17 of “The Voice,” Hoot will hold his first concert at the Eblen Center on Saturday, Jan. 4, at 1 p.m.

“Before The Voice made Jake famous, he was a winner right here on campus,” said Tech president Phil Oldham. “He is an interdisciplinary studies graduate, a former football player, and a great ambassador for Tennessee Tech.”

A 2013 Tech graduate in interdisciplinary studies, and a member of the Golden Eagles’ 2011 Ohio Valley Conference championship football team, Hoot took a big first step toward stardom by landing a spot on “The Voice,” a singing competition television series broadcast on NBC. The 31-year-old Hoot was part of the show’s blind auditions and was selected by Kelly Clarkson to be on her team before winning the competition earlier this week.

“We want to celebrate and give Jake an awesome welcome home to show him how proud we are of his achievements with special presentations, recognitions and honors,” said Cookeville Mayor Ricky Shelton. “Likewise, Jake wants to show his gratitude and love for all of the fans that have watched, voted, streamed, shared, posted, tweeted and cheered the past several weeks.”

The acoustic concert by Hoot is free and all seating in the Eblen Center will be general admission. Doors open at noon, and Hoot will take the stage at 1 p.m.

The concert is A Better Cookeville event in partnership with Tech, C2 Media Relations and ReelSound Productions. For more information, go to https://www.facebook.com/events/550345222180972/.