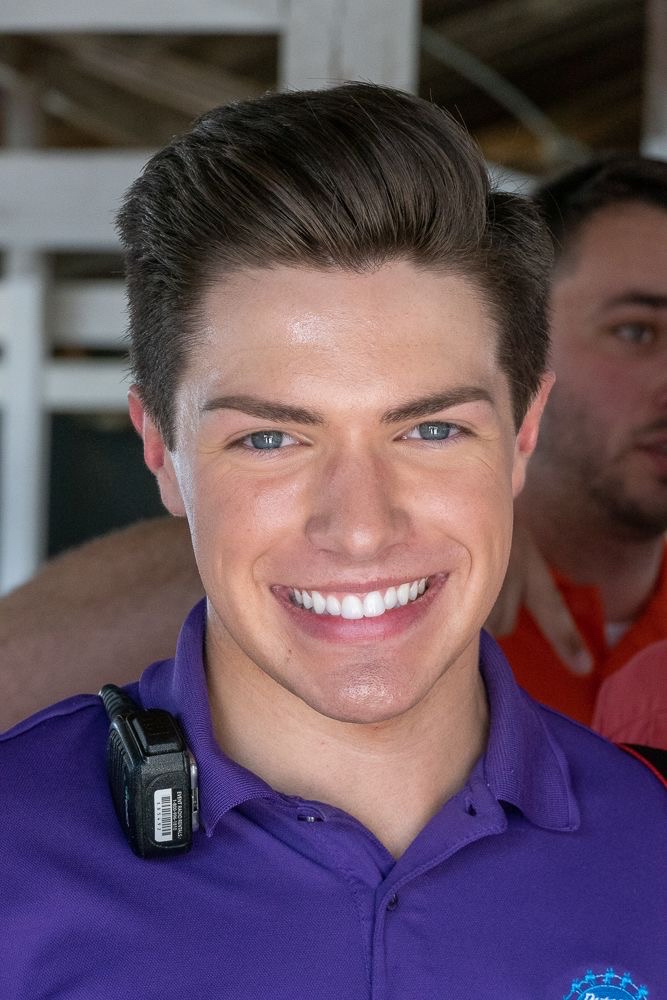 COOKEVILLE – For Tennessee Tech senior Dawson Davidson, the fact that the Putnam County Fair won best fair in the state came as no surprise. In fact, it was something he and the rest of the fair board had been working toward for a long time.

“This is what our board has been working towards for years,” Davidson said. “I have always believed in ourselves and knew we could achieve that goal, but it has been the accumulation of teamwork, strong leadership and community support to allow this dream to become a reality.”

Davidson, an agribusiness management major from Cookeville, currently serves as the public relations and communications chair for the Putnam County Fair Board. His career goals are to work on broadcast television with a focus on agricultural advocacy in the form of a lifestyle-based show.

Davidson has been involved with the fair for the past eight years, serving first on the junior fair board, then as chairman of the junior board for three years. He has been a member of the main fair board since 2019 and is the youngest ever board member.

“I got involved with the fair because of my background in exhibition poultry, and many of my friends told me to join the junior board. There are currently a few students at Tech who are involved with the fair. I am currently the only student at Tech serving on the main board, but Jodi Frye is on the junior fair board, Tech alumni Susanna Clouse is a current board member and Samantha Steger was a previous intern.”

Another Tech student, Leanna Marcy, is the reigning Putnam County Fairest of the Fair and was second runner up in the state at the convention this year.

Every board member is a volunteer, and many members take their year’s vacation to work the 10-day fair. Last year Davidson worked 124 volunteer hours on the fair.

“I get to host many television and radio spots to promote the fair, and many people in Middle Tennessee know me because of my involvement in the fair,” he said. “The basis of my career is in agriculture advocacy, and what better platform to support that cause than the fair?”

Davidson, a Cookeville native, chose to come to Tech because it was local, and he knew many people involved with Tech. He also credits associate professor Dennis Fennewald with getting him involved in the school of agriculture.

Davidson said that while people love the fair, many don’t realize how big winning the best fair in the state award is for the fair and Putnam County.

“The Putnam County Fair has always been regarded as a very professional and influential fair board in the realm of fairs in Tennessee, and now we have proved that point.”

Davidson said he and the rest of the fair board are thrilled about the plans for new fairgrounds in Putnam County, which will be located on Tennessee Avenue near Interstate 40.

“We have outgrown our current grounds and have been for years now. We are so excited to showcase our state-winning fair at a new and upscale grounds. This new project will be similar in scale to the Wilson County Fair, but the physical buildings will be nicer, sitting on 138 acres.”

“I am so proud of the accomplishments our fair has achieved in the past years, and we are excited to showcase our state winning fair this year. We would not be successful without the support of the community, so please continue to come and support the Putnam County Fair. Our 2022 dates are Aug. 4-13.”