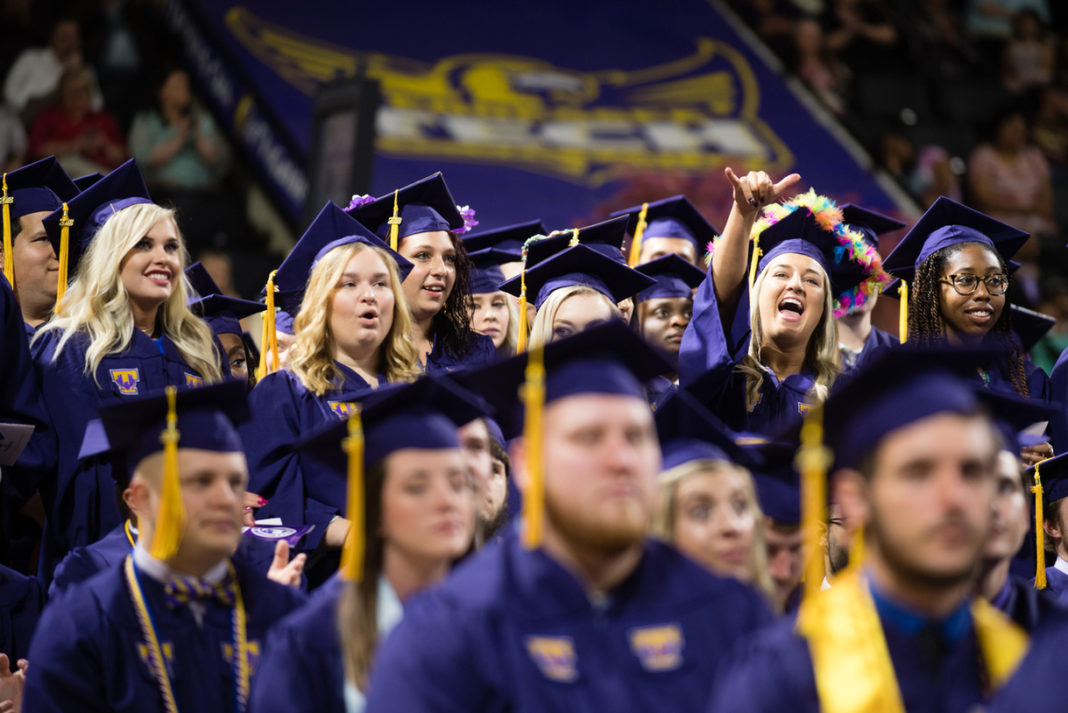 Tennessee Tech officials announced that the university’s graduation rate has reached a new high at 55 percent, a nearly 6 percent gain over the previous six-year graduation rate.

The 55.1 percent rate is for the class of first-year students who started at Tech in 2012. This class also set records for three-, four- and five-year graduation rates along the way.

“The six-year graduation rate is one of the key metrics in higher education,” said Phil Oldham, Tech’s president. “This increase is evidence of the hard work of our students, faculty members and staff.”

And the 2012 entering class’s record may not stand for long, with the trend for future graduation rates heading higher. The 2013 class has already bested 2012’s three-, four- and five-year rate, and 2014 currently sits at the top for the three- and four-year rates.

“While this is a great step forward, we still have room for improvement,” Oldham said. “Our goal is to provide educational opportunities that produce career-ready graduates. As a university, we work to support student success through a variety of university departments and initiatives, in order that even more of our students graduate and enjoy the benefit of a Tennessee Tech degree.”

The 1,890 new freshmen mark the third consecutive year of growth in first-year students.

According to Brandon Johnson, vice president for enrollment management and career placement, this year’s freshman class is the largest in five years.

“This is a positive sign that even with the Tennessee Promise program, more and more students are realizing the value of coming to Tennessee Tech for their entire undergraduate education,” Johnson said.

Preliminary enrollment for fall 2018 is 10,186 students. University officials attributed the decline in overall enrollment to a combination of the record-size of the graduating class and drops in both international and transfer students.

Tennessee Tech offers both undergraduate and graduate degrees across nine schools and colleges: Agriculture and Human Ecology, Arts and Sciences, Business, Education, Engineering, Fine Arts, Graduate Studies, Interdisciplinary Studies, and Nursing. It is no stranger to top rankings, receiving high marks from U.S. News & World Report, the Brookings Institute, the Princeton Review, Washington Monthly, and Payscale.com. This year, MONEY magazine ranked Tech as the top public college in Tennessee in its “Best Colleges for Your Money” listing for the second consecutive year.