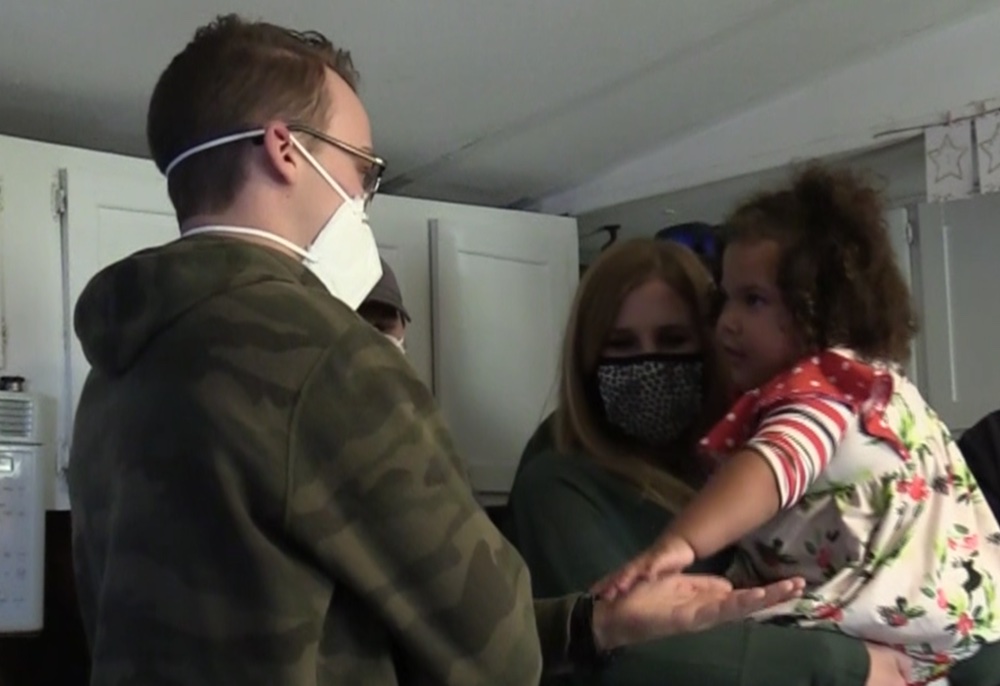 “In this project, it’s hard to find anything bad in it,” said Nelson, a senior mechanical engineering major from Hendersonville. “We get education. We get experience. A family gets the benefit from that. Coming in, installing it, seeing that it works, seeing Mira smile, that’s everything.”

This project was a dining room table with a track rail sliding chair to support three-year-old Mira, who has cerebral palsy. The project was part of the Early Intervention and Mechanical Engineering program, that creates and provides engineered products to children with special needs and their families in the Upper Cumberland region. Steve Canfield created the program, which has done more than 300 projects.

“Students look at the syllabus and it says we’re going to cover differential equations, solve linkages, their eyes glaze over,” said Canfield, professor of mechanical engineering at Tennessee Tech. “But when you say we’re going to build a machine to help this child they say, ah, I can understand that, although it turns out they need the engineering that we’re going to be covering in the class to make that work.”

Numerous projects are conducted each semester, with students working in teams of four.  Jacob Nelson, Bryant Crawford, John Austin and Wes Yunker created and built the table. It has knobs attached so Mira, who can only use her left hand, can be mobile and get exercise at the table.

“To see her be able to sit there with good posture and be able move herself and see how happy and proud she was of herself for doing that, it doesn’t get better than that,” said Ashley Steakley, Mira’s mom.

The project originally began as a sit and spin play chair.  It evolved after conversations with the family.

“We started talking to the family and it seemed like a good thing to do,” said Bryant Crawford, a senior mechanical engineering major from Waverly. “She needed the table.” The program has built relationships for funding and sponsorships for materials. But the students have to be innovative in their design, as parts can be costly.

“We needed 14 feet of rails for the table,” said Crawford. “We looked at one website and they wanted $20 to $30 per millimeter. We ended up buying off of Amazon for a couple hundred dollars. They were built for a lathe so if it will hold up a lathe it will hold up Mira.”

“They don’t charge us for it,” said Steakley. “If we did find a company that would modify something like this, they are undoubtedly going to charge us thousands and thousands of dollars. “

This is actually the third project the Tech program has done for the Steakley family, which has seven children and resides in McMinnville.

“We had an artificial spine built with a gait trainer when she was a year old,” said Steakley.  “The second year we had a seizure box built for her wheelchair that I kept on the back of my truck. All of her projects are delivered in December before her birthday so it’s like happy birthday from TTU!”

As for any student, the goal at the start of the project is to make a good grade. That focus changes as the project develops, and the impact can be long lasting.

“I’ll get feedback from these students five to ten years later,” said Canfield. “Some students keep up with the families. It’s amazing the connection.”

“When you’re working on it, you’re thinking how is this going to benefit my grade,” said Nelson. “But then you get here, and you see it. I wish I had the type of character to do this all the time, or had the money to build something like this just to help people.”