“Jim’s experience in business, state government and community involvement, coupled with his passion for the outdoors, makes him uniquely qualified for this position,” Salyers said. “I look forward to working with Jim to make Tennessee State Parks the best run state park system in the nation.”

“I am honored to be chosen for this role and I look forward to serving Tennessee in this capacity,” Bryson said. “We have an outstanding record in parks and conservation in Tennessee, and I am committed to building on that success alongside the incredible staff. This is a special opportunity for us to preserve and enhance enjoyment of the great natural wonders of our state.”

Bryson is founder and president of 20/20 Research Inc., a market research consulting, project management and technology firm based in Nashville. The business launched in 1986 and is a global leader in online qualitative research software and services. Its QualBoard research platform is used by clients in over 90 countries and in more than 30 languages. Bryson served three terms as president of the Qualitative Research Consultants Association, an international association of research professionals.

Elected in 2002, Bryson served four years as a senator in the Tennessee General Assembly, representing Williamson and Davidson counties, and was his party’s nominee for governor in 2006.

Bryson’s love of the outdoors began in rural Arkansas, living near Lake Dardanelle and Lake Dardanelle State Park. He spent many days and nights in the park, on the lake or in the woods hiking, camping, hunting and fishing.

Bryson is founder and president of The Joseph School, providing a globally competitive education for poor and orphaned children in Haiti. He was a founding board member of the Marketing Research Education Foundation, focused on improving global childhood education. He is a member of the Nashville Downtown Rotary Club and First Baptist Church in Nashville. He received a master’s degree from Vanderbilt University after graduating from Baylor University. He and his wife, Carol, have four children and two grandchildren. 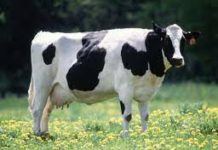 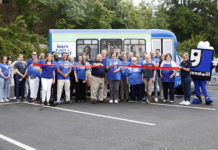 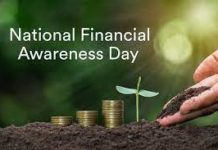