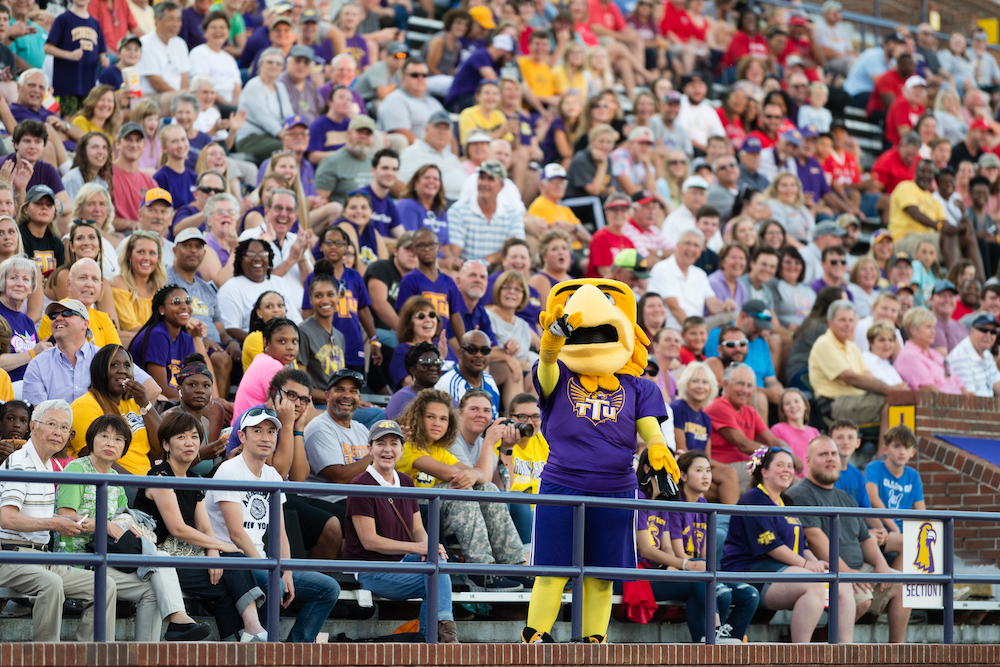 COOKEVILLE – The 18th College Colors Day, the national holiday that celebrates collegiate fandom, returns on Friday, Sept. 2, uniting all Golden Eagle fans across the country by encouraging them to represent Tennessee Tech University by wearing purple and gold on a single day.

Created by the university’s licensing partner, CLC, this year’s college colors theme, “It’s About That Time,” underscores the anticipation and excitement of a new school year and a return of fall sports as Tennessee Tech fans count down the minutes until they can cheer for their team.

The Golden Eagles football team opens the season with an away game on Sept. 2, taking on the Jayhawks at the University of Kansas. The team then has its first home game of the season scheduled for Sept. 10 in Tucker Stadium when the Golden Eagles will take on the Lions from Texas A&M Commerce. Tickets are on sale at ttusports.com.

New this year for College Colors Day, fans can interactively shop for Tech gear by unlocking a new skill on their Amazon device. By simply asking Alexa to “show me my college colors,” fans will be guided by top college sports broadcasters Rece Davis or Desmond Howard to the Amazon fan shop to get the latest in collegiate fan fashion and spirit items.

“Enthusiasm and anticipation are at their highest now with football season just opening,” said Bobbie Maynard, Tech’s Executive Director of Communications and Marketing. “College Colors Day sets the tone and provides a platform for fans to express that eagerness by showing their Golden Eagle spirit to the world. Whether you’re displaying a Tech Pride sign in your yard or showing off your new gear for the season, ‘It’s About That Time,’ for fans to display their love for Tech.”

Tennessee Tech fans are encouraged to show their spirit and engage with other fans via social media by using #CollegeColorsDay. Fans can also visit CollegeColorsDay.com for shareable content and more information about the campaign, and to enter for a chance to win daily prizes from team gear to tickets and a trip to the College Football Playoff National Championship in Los Angeles via CLC’s relationship with the College Football Playoff and its foundation’s Extra Yard for Teachers program.

Whether it’s a specific pre-season ritual, picking out a new lucky game day shirt or gathering with friends to ring in a new season, “it’s about that time” for Tennessee Tech fans to celebrate the Golden Eagles with College Colors Day.

Find out more at tntech.edu.