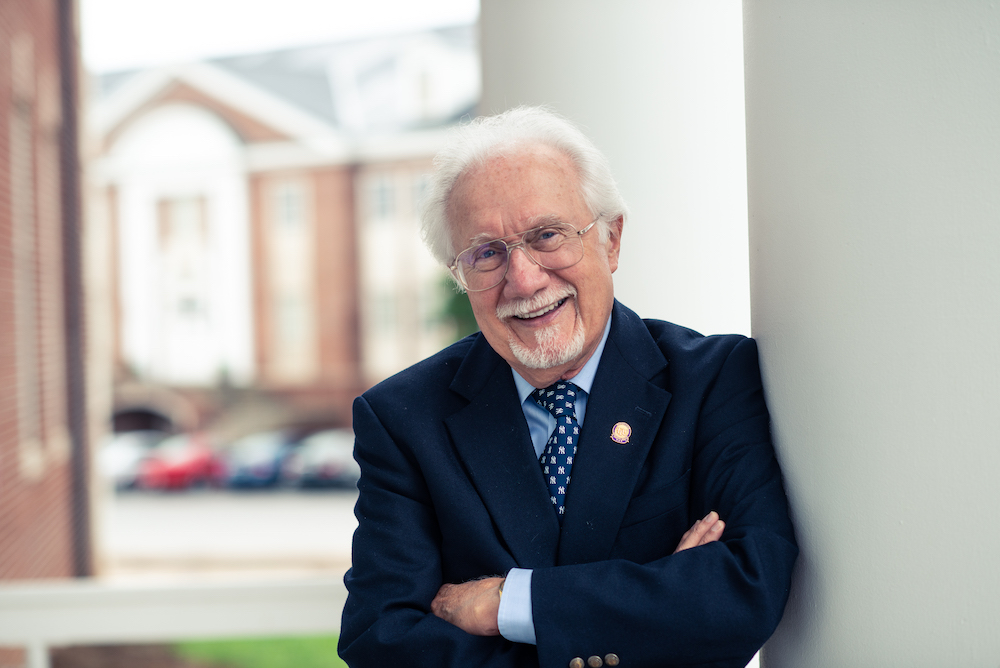 He always remembered your name. Whether you knew Dr. Angelo Volpe for years or minutes, he remembered you. Volpe served as university president from 1987 to 2000 and was beloved to the university and Cookeville communities, remaining an active part of both following his retirement.

He was nationally known as an outstanding chemist, but on campus, he was best known for his energy, engagement and leadership. He served as a morale booster, a fundraiser, and friend to the students, faculty and staff.

Under Volpe, Tech saw its endowment grow from $1 million to $27 million, drew acclaim for its academic and athletic programs, and developed a sense of community. During his tenure, the campus Fitness Center, Hyder-Burks Agricultural Pavilion and library, named for Dr. Volpe and his wife Jennette, were built.

Volpe’s contribution to outreach efforts helped make possible a virtual embrace of a then-Soviet university through the Citizen Exchange Council as well as continued ties to another sister school, Dohto University in Japan.

On Friday, May 13, a Mass of Christian Burial will be held at Cookeville’s St. Thomas Aquinas Catholic Church at noon. Visitation will be held 10 a.m. until noon.