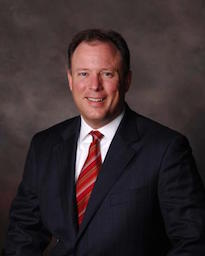 SPARTA – Saint Thomas Health is on the hunt for a new CEO to oversee three of its Upper Cumberland hospitals after a series of leadership changes led to exits by Bill Little and Sue Conley, top administrators who had served in their respective roles since 2012.

Saint Thomas Health, which owns Saint Thomas DeKalb Hospital in Smithville, Highlands Hospital in Sparta and Stones River Hospital in Woodbury, says it’s consolidating operations – nearly one full year after taking over full ownership of the facilities. That means the three will now be overseen by one chief executive. River Park Hospital in McMinnville, also Saint Thomas owned, is not affected.

The changes, which went into effect immediately, were announced Tuesday evening. The search for the new CEO is now underway.

“These communities and hospitals are very important to Saint Thomas Health, and our goal is to strengthen them for continued service,” Gordon Ferguson, president and CEO Saint Thomas Rutherford Hospital and Regional Hospitals, said in a release. “Recent surveys of the community have shown that the ownership and management by Saint Thomas Health is perceived very positively. There are, though, additional opportunities for consolidating operations and leadership, and we need to make changes. We are very grateful to Sue and to Bill for their years of service.”

Little, who served as CEO at Highlands since mid-2012, was also named interim CEO at Saint Thomas River Park Hospital in October following the exit of Tim McGill. McGill took the top job at Livingston Regional Hospital, which is owned by Highpoint Health System.

Conley, meanwhile, had served as CEO of both DeKalb and Stones River, respectively.

There was no timeline announced for a permanent replacement.