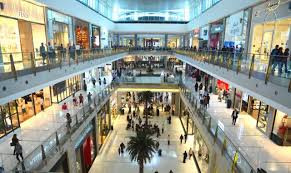 WASHINGTON – Today, the U.S. Department of Commerce’s Census Bureau published data on retail sales for August that demonstrate the continued strength of consumer spending and the economy as a whole. Total retail sales rose 0.4% in August, beating market expectations of 0.2% or less, and were 4.1% higher than last August. Monthly retail sales for July were revised upward to 0.8% as well. These great numbers were bolstered by a 1.8% increase in auto dealer and parts sales. Nonstore retailer sales rose 1.6% and were 16% higher than the same month in 2018.

“A significant rise in retail sales for August signals continued growth in consumer spending. Further, the increase in auto dealer sales shows that the U.S. auto industry is still strong. #Congress must pass #USMCANow to ensure it continues to prosper.”

“U.S. retail sales increased more than expected in August, pointing to solid consumer spending that should continue to support a moderate pace of economic growth. The report from the Commerce Department on Friday could further allay financial market concerns of a recession, which have been fueled by a year-long trade war between the United States and China as well as slowing global growth.”

“U.S. retail sales rose more than expected in August boosted by purchases of new autos and building supplies, suggesting the economy remained strong, even as fears over an impending slowdown continued to mount… The Commerce Department said on Friday that retail sales climbed by 0.4 percent in August, well above analyst expectations of 0.2 percent, on the heels of blowout data in July, when households boosted purchases of cars and clothing.”

“The economy’s biggest pillar — the American shopper — stood steadfast through a summer of mounting economic challenges characterized by soft global growth and trade uncertainty… The report suggests another solid quarter of household consumption, which grew in the April-June period at the fastest pace since 2014.”

“Consumers are the ones keeping the good times going, buoyed by rising incomes and the lowest unemployment rate in 50 years. Spending soared in the spring and it was fairly strong overall in the first two months of the third quarter. The economy is still growing around 2% and there’s little sign of imminent recession — assuming the trade war doesn’t get any worse.”

“American shoppers spent strongly in August, supporting the broader economy at a time of heightened global uncertainty… Higher retail sales last month suggest consumer spending remains on a stable footing, which will feed into the broader pace of economic growth for the quarter.”