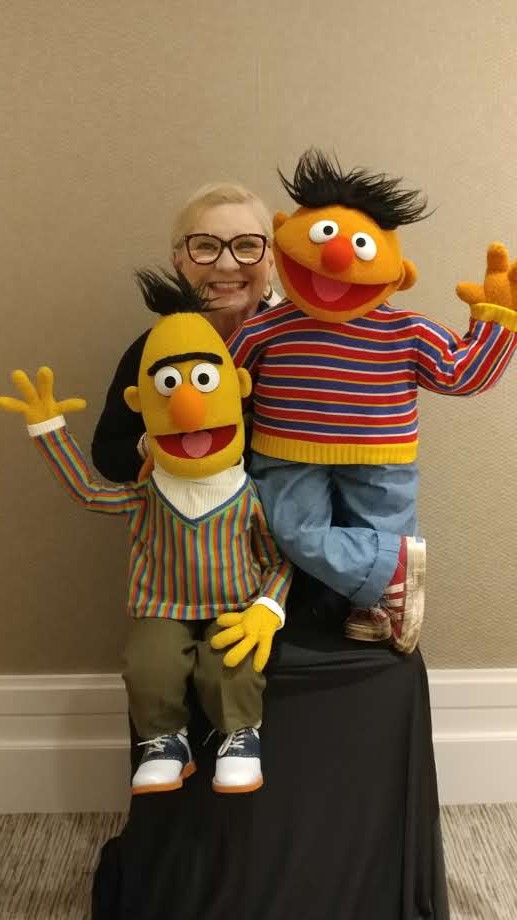 The award, recognizing Putman for her dedication to the enrichment and engagement of children in their local community, includes $15,000, funded by Sesame Workshop, for WCTE to be used to support early childhood work that reaches underserved children in vulnerable communities.

The Bobbi English Champion for Children Award was created in 2020 to recognize annually an individual who has demonstrated a dedication to the enrichment and engagement of children in their local community. The award is named for Bobbi English, Sesame Workshop vice president, and North American Television. It was given posthumously to her in honor of her dedication to early childhood programming and community outreach and her passion for the power of public television.

“Throughout her career, Bobbi English was passionate about using public television to help children reach their full potential. Her dedication could be seen in everything she touched, and Cindy is the embodiment of that same passion and dedication,” said Jenna Fishner, senior manager of North American Television at Sesame Workshop. “I am proud to present Cindy with the Bobbi English award to carry on Bobbi’s legacy.”

“Cindy is a Cookeville native, a trusted voice in her community who truly understands the resources, opportunities and ways to best support children and families in Putnam County and she is passionate about making a difference in their lives,” said Michael Fragale, CPB vice president, Education. “She is a connector and community leader, and like Bobbi, a great friend whose smile can light up a room. We’re honored to present her with this award.”

Putman was an educator in the Putnam County School System for 23 years. For the past 15 years, she has also worked with WCTE, the local PBS affiliate. For much of that time, she served as a part-time education and community engagement associate, leading workshops and spearheading educational initiatives in the community. In 2014, she became a Ready to Learn learning tools facilitator. In this position, she creates a bridge between WCTE and the school system. Her work with the CPB PBS Ready to Learn grant was honored with the 2018 Tennessee Governor’s Award For Excellence in Early Foundations. She also hosts a weekly radio show that addresses educational topics for families across the Upper Cumberland.

“At PBS KIDS, we believe that the world is full of possibilities, and so is every child, and that is exactly what Cindy brings to how she approaches family engagement and learning, particularly within rural communities,” said Sharon Philippart, vice president, Strategy & Engagement, Children’s Media and Education, PBS. “She truly embodies the spirit behind this award.”

WCTE Central TN PBS has served the Upper Cumberland for more than 40 years as the regions premier storyteller and is the only television station in a 75-mile radius of Cookeville, making it a strategic partner in education, health services, government, arts and music. WCTE is a 501© 3 and is owned and operated by the Upper Cumberland Broadcast Council. WCTE is one of only 350 PBS member stations nationwide.