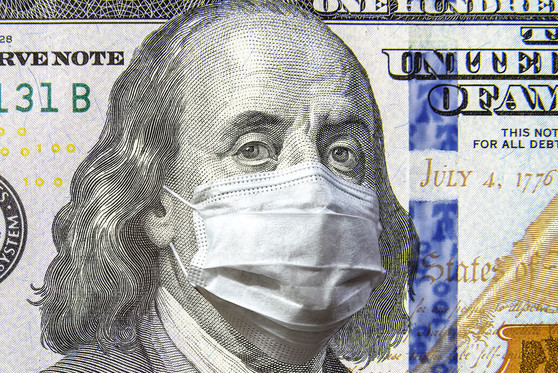 WASHINGTON – The initial impact of the COVID-19 pandemic on the U.S. economy was widespread and affected people across all age groups and all states while the initial mortality impact targeted mostly older people in just a few states according to independent research by the U.S. Census Bureau.

During April 2020, the first full month of the pandemic, the United States experienced an additional 2.4 deaths per 10,000 individuals beyond predictions based on historical mortality trends. This was a 33% increase in all-cause national mortality — deaths caused directly or indirectly by the coronavirus.

These additional deaths during the early days of the pandemic were highly concentrated in older age groups and in a few states.

Recent research examined the relationship between the pandemic’s mortality and economic impacts across different age groups and geography.

The COVID-19 pandemic has caused a devastating loss of life, but it has also devastated the nation’s economy.

Similar to the excess mortality concept, the pandemic’s economic impact is calculated by taking the difference between what is expected (based on historical trends) and what actually happens during a given period.

The ratio of employment to population is one measure of economic activity that shows the share of population 16 years and older working full- or part-time.

Declines in the employment-to-population ratio that exceeded predictions indicate there was additional employment loss in the country due to the pandemic.

The decline in the employment-to-population ratio in the United States in April 2020 was significant. Historical trends predicted a 61.3% ratio, but it turned out to be 51.5%. This additional national decline was 9.9 per 100 individuals in April 2020 (Figure 1). That means there were fewer people employed than was expected before the pandemic.

Deaths caused directly or indirectly by COVID during the first full month of the pandemic were highly geographically concentrated.

About half of all national excess deaths were in just two states: New York and New Jersey.

But the economic impact pattern was completely different because it was more geographically widespread.

Every state, except for Wyoming, experienced a statistically significant decline in the employment-to-population ratio during that time.

The two states with the largest initial declines in employment — Nevada and Michigan — only accounted for about 7% of the national employment displacement.

As with geography, job loss was more widespread than excess mortality across age groups.

On the other hand, employment displacement decreased with age. It was largest among the younger age group (ages 25 to 44). These individuals make up only 39% of the U.S. population ages 25 and older but accounted for about half of the people 25 and older who lost their jobs nationwide.

Beyond the First Month of Pandemic

Findings presented here document the pandemic’s impacts during April 2020. As the policy response and individuals’ behaviors change over time, the mortality and economic impacts will continue to evolve.

Beyond the virus itself, economic decline caused by the pandemic may have had an indirect impact on the U.S. death count. Excess all-cause mortality measure would capture any such changes — from, say, fewer workplace fatal accidents to more drug overdoses — but the extent to which it happened and the mechanisms underlying the relationship between economic activity and mortality must be addressed in future work.