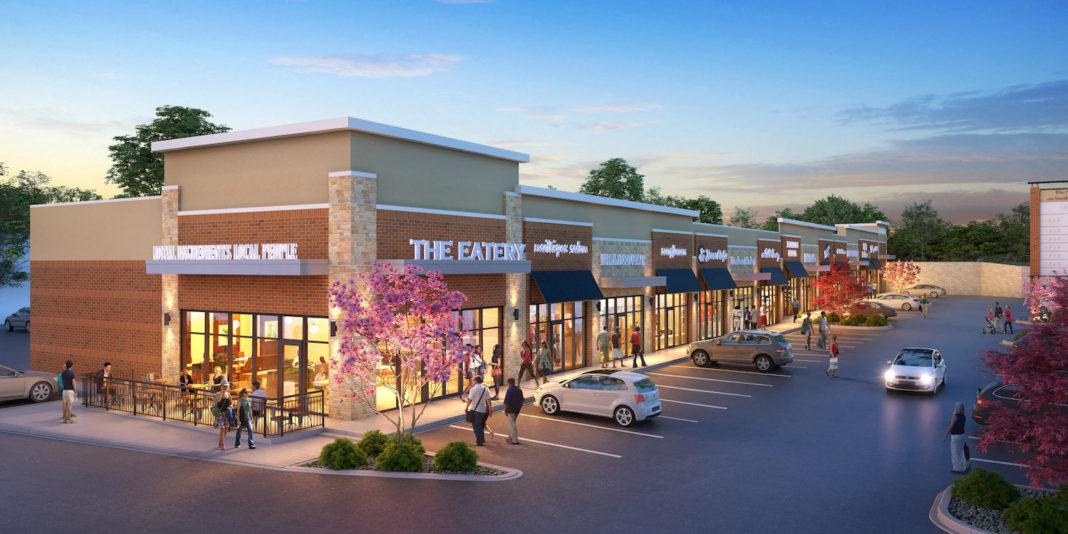 New development has sights set on ‘Class A’ retailers

COOKEVILLE – A new retail development, with its sights set on attracting Class A retail, is coming to the heart of Cookeville.

No strangers to commercial development, business partners Jonathan McNabb and Jim Darter are looking to bring the new retail space, located on South Jefferson Avenue in Cookeville, online by the first quarter 2018.

Estimated to be ready for tenant buildout in the first quarter of 2018, The Shoppes on South Jefferson, located at 650 S. Jefferson Ave., is anticipated to boast 18,600 square feet of retail space along one of Cookeville’s busiest thoroughfares.

“We’ve obviously just broken ground,” McNabb said of the project’s progress. “We think we’ll be ready to turn over the spaces to tenants for tenant improvements starting in the spring or, basically, the first quarter of next year.”

While McNabb declined to share the names of any potential tenants of the new development at this time, he says there are plans to recruit a restaurant to serve as an anchor for the development. The property is designed to feature two entrances from South Jefferson Avenue and will include 120 parking spaces available to shoppers.

“Jefferson (Avenue) is, especially this section of Jefferson, is the most highly-trafficked part of Cookeville,” McNabb said. “Retail has done traditionally very, very well in Cookeville and the land is right for retail and office.

“There’s definitely a need in Cookeville for Class A retail space,” he added. “Most of what you see up and down Jefferson is not quite to that standard.”

The Shoppes on South Jefferson facility is being constructed without the need for internal columns and will feature a free-span roof with ceilings at least 15-feet high; allowing tenants more flexibility in buildout customization.

“A tenant could come in, whether it be a restaurant or office, and they could really make it their own,” McNabb said. 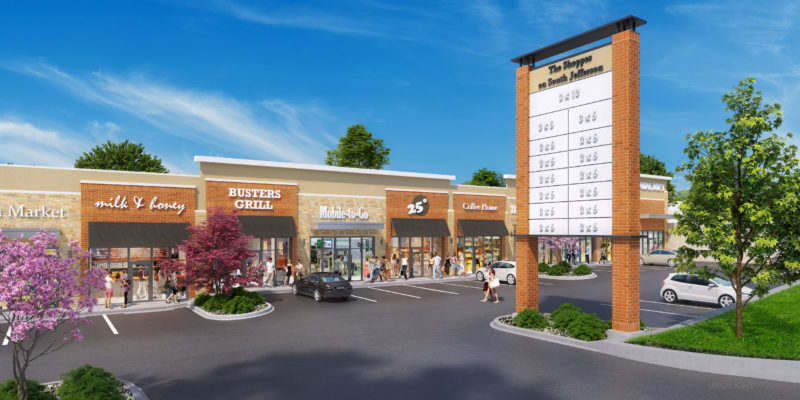 The building will feature brick and stucco exterior finishes and will have a more progressive feel, McNabb says. The building will be 60-feet deep throughout and 310-feet long. Tenant spaces will begin at 1,200 square feet.

“There’s definitely some design elements to it,” he said. “It’s not just a two-dimensional space.”

While McNabb declined to share the cost of the project, he did state it is likely one of the largest developments along South Jefferson Avenue in recent years.

“It will be one of the largest developments on Jefferson in probably five or six years for this much space to come online,” McNabb said. “We think it’s going to be great for the community and hopefully we’ll be able to attract some new retailers to the area.”