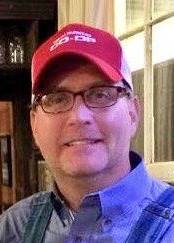 DEKALB COUNRY — The Smithville Fiddlers’ Jamboree has a new president and coordinator. Gainesboro native Sam Stout was elected to the position last week; he succeeds Jack Barton, who resigned earlier this month after a nine-year tenure.

Stout grew up in a musical family. At the age of 9, he began playing guitar and soon picked up the mandolin. After high school, Stout started playing in country bands, and soon began pursuing music as a full-time career. He served as an opening act for guitar legend Chet Atkins and well-known Nashville songwriter Dean Dillon, who penned several of George Strait’s number-one hits. Stout also worked in Nashville in the recording industry as a demo singer.

RELATED: Keeping the Jamboree strumming along

After several years of struggling to make it in country music, Stout returned to his first love: Bluegrass. While holding down a full-time job, Stout began the band Stoney Lonesome, which enjoyed a great deal of regional success. It was during this time Stout, along with Randall Clemons and Chris Neeley, launched the Sutton Ole Time Music Hour in Granville. In the beginning, the Music Hour was covered by one small radio station in Thompkinsville, Kentucky. Today, after nine years, the weekly show is now broadcast by 45 radio stations worldwide, including AM 650 WSM Radio in Nashville, the home of the Grand Ole Opry. Professional and semi-professional bluegrass bands are featured on the weekly show, which also goes across both the state of Tennessee and all across the country on PBS stations.

Stout says his love for music – and the Smithville Fiddlers’ Jamboree – runs deep. “I can never remember not being surrounded by music,” he said. “My father, James, plays the Dobro. He actually was the one who first brought me to the Jamboree before I could even play an instrument. I love the Jamboree and what it stands for. It is a true Tennessee tradition.”

In addition to his passion for music, Stout– now a resident of Cookeville – works in real estate with Horizon Realty and Auction.

Stout has competed in various Jamboree competitions in years past, but most recently, he has served as a member of the “Jamboree House Band,” a position he will resign with his new responsibilities with the festival.

Barton served as Jamboree president since 2008. He resigned citing increased personal and professional commitments and is now serving as a board member.

This year’s Smithville Fiddlers’ Jamboree, the 46th annual, will be held June 30-July 1.