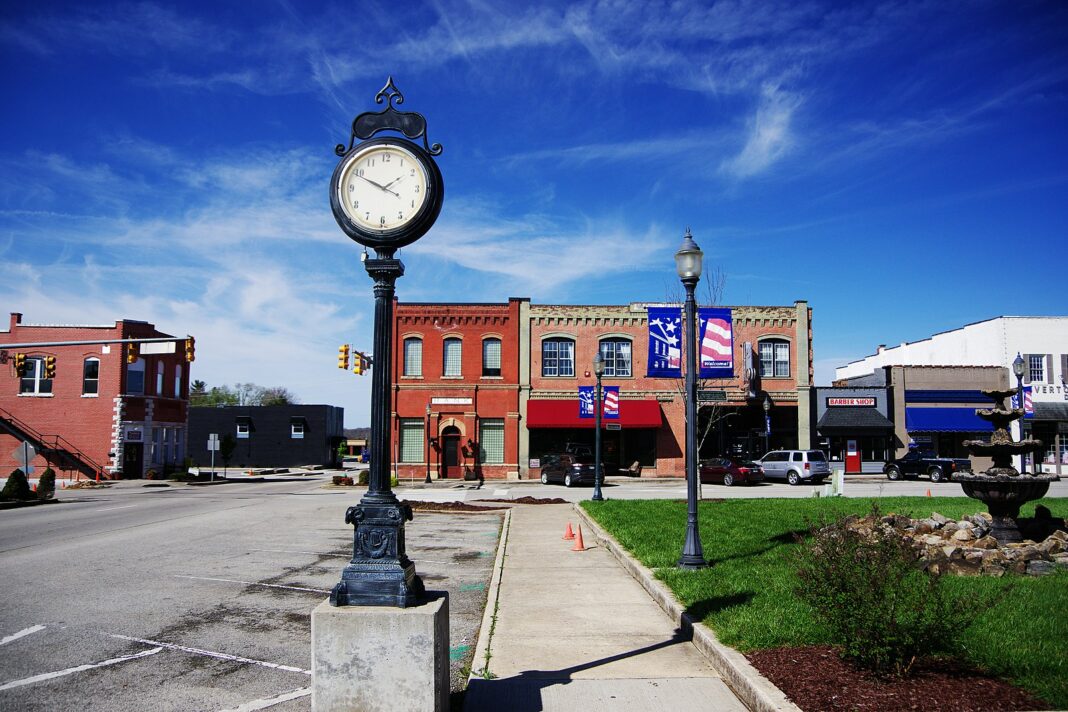 On the square – The Livingston square could be growing.

Livingston – From quaint shops lining the town square to the perfectly manicured grass of Central Park, Livingston is always looking to grow, and, recently, the city hired a “retail coach” to contact chain retail stores and restaurants who have shown interest in setting up shop there. There have been a lot of interest in the small town as of late.

Although he couldn’t say who has shown the interest, Livingston mayor Curtis Hayes told the Upper Cumberland Business Journal (UCBJ) why.

“Sales tax leakage has been a main concern for many years in Livingston,” said Hayes to the UCBJ. “For new retail to move in downtown and capitalize on the leakage would be a formula for a successful business.”

But there is way more than just opportunity for those businesses wanting to move to Livingston.

An influx of retail means an influx of jobs and economical stimulation. The city is looking well beyond restaurants and retail. Hayes says plans are in place to entice manufacturing to the area. One catch, there isn’t a lot of space available.

“We continue to look for new industries,” said Hayes. “Currently, there are few industrial sites available. The City of Livingston owns one site, and the County has partnered with the private sector and they have at least two property owners willing to sell.”

But they have help.

Hayes says there is always an open line of communication, and he is always looking for any grant opportunities, such as TVA (Tennessee Valley Authority), TECD (Tennessee Economic Community Development) or any other state or federal funding that may be an option.  Retail, restaurants and industry don’t only stimulate a small town economy and produce jobs.

They improve everyday life for a lot of people.

Livingston is thriving, and despite a bleak outlook on the national economy, and a predicted recession, the mayor that walks down main street in Livingston, TN says things are only going to get better.

“I am proud to say that there are no empty storefronts in the downtown district, and our sales tax sales are up 40%,” said Hayes.

With all the business interest Livingston is attracting lately, things may just stay that way.