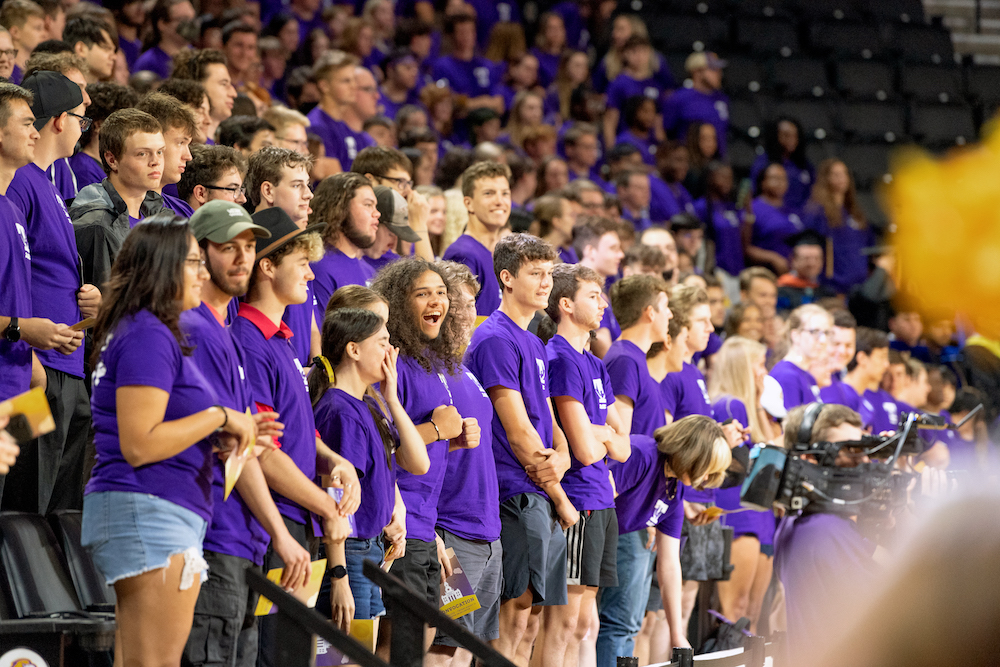 “More students are recognizing the value of a Tennessee Tech education,” said President Phil Oldham. “With this large 23% increase in our freshman class, we see that our approach to making the costs of a Tech education transparent and affordable to more students, coupled with the highest return-on-investment of any public university in the state, resonates with both students and families.”

Traditionally, about half of Tech students graduate debt free, and those who do graduate with student debt have among the lowest average debt in the region.

This year’s freshman class is the third-largest in university history, with 2,050 new first-time freshmen starting their college career at Tech. In addition to the freshmen, 559 transfer students and 298 new graduate students started at the university.

According to Karen Lykins, interim vice president of Enrollment Management and Career Placement, Tech’s new Presidential Scholars program was a “gamechanger” for how the university recruited this large freshman class.

“The Presidential Scholars program is the latest part of Tech’s work to enhance the value of a Tennessee Tech education,” Lykins said. “We know that the Presidential Scholars guaranteed scholarship program gave us the ability to compete against other universities, and, most importantly, to provide more financial support to more students who can succeed here.”

Other recent Tech initiatives included the Tech Promise program, a last-dollar scholarship program for qualified students, the elimination of individual course fees to simplify student costs and the reduction of out-of-state tuition costs.

The percentage of male and female students are 53% and 47% respectively.

This year saw a 1.8% increase in the number of students of color and international students, with non-white students reaching nearly 20% of the student body. Hispanic students are the largest non-white ethnicity this year at 4.7%, with Black students at 4.6%.

The top five undergraduate degree programs in terms of enrollment are mechanical engineering (694); computer science (635); exercise science, physical education and wellness (418); biology (400); and nursing (346). For graduate programs, the top five are the curriculum and instruction master’s (255); the MBA (198); the engineering Ph.D. (120); the nursing master’s (110); and counseling and psychology master’s (88).

Tennessee Tech is one of the best public universities in the South, according to a variety of reports and rankings organizations. Along with being recently named the top public university in Tennessee by Money Magazine, Tech is routinely ranked by U.S. News & World Report, Princeton Review, PayScale and SmartAsset. The university has also been named a College of Distinction in recognition of its focus on the undergraduate experience.