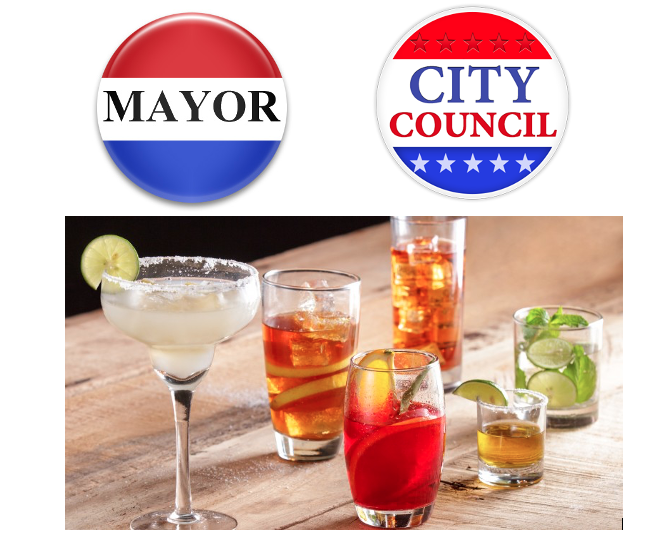 Liquor was a hot topic this election cycle with liquor by the drink on the ballot in both South Carthage and Algood, and Jamestown residents debating whether or not to allow package liquor stores.

The decision on whether to allow package liquor stores in Jamestown was much closer. Unofficial results show only two votes separate the sides, with 335 votes for the issue and 333 votes against.

City election results are below by county:

Trent Prater was elected mayor of Viola with 45 votes over Rhonda Smith with 16 votes and Kimberly Templeton with 4.

All of the alderman races in the Morrison, Viola and Centertown area were unopposed.

In McMinnville, there were just under 17,000 voters who turned out for early voting, absentee voting and Election Day.

Vice-Mayor Ryle Chastain received over 44% of the vote with 1,890 to become the new mayor of McMinnville. Billy Wood, a former alderman, was second with 1,694, while Brett Simmons was third with 655.

Sally Brock, a former county commissioner, received the most votes with 1,701. Brock joins her husband, current alderman Everett Brock, on the board, the first time a husband and wife are known to serve on the council concurrently. This will give the Brocks 28% of the vote between the seven-member board.

Current alderman Rachel Kirby won re-election getting 1,382 votes, the second most in the race, while newcomer Stacey Harvey, owner of Superior Walls, received the third most with 1,337.

Harvey Stowers will serve as Jamestown’s mayor after taking 51% of the vote Tuesday night. Stowers defeated challenger and former mayor Ryan Smith and incumbent Lyndon Baines. Smith captured 28% of the vote. Baines finished third in the race with 21% of the vote.

Elected to the Jamestown Board of Aldermen were James Red Bowden, the top vote getter, with 18% of the vote. Kaye Bridges will join the board as a new member with 16.8% of the vote. They will be joined by incumbents Becky Duncan, Charles Cooper and Jeni Ledbetter.

In the Gordonsville alderman race, Sam Bowles and Jessica Dillard-Biggs were unopposed.

In the Carthage aldermen race, Stephen Babcock, Barbara Kannapel, and Jess Peters were unopposed and elected to those positions.

Get ready for taxes: What’s new and what to consider when filing in 2023