2017 Legislative Changes by Tennessee General Assembly
We will begin our review of the 2017 revisions by focusing on the actions of the Tennessee General Assembly. With regard to medical panels, the basic rule is that employers must provide to the injured worker a panel of three or more independent physicians, surgeons, chiropractors, or specialty practice groups, if available in the employee’s community, from which the employee may choose the authorized treating physician.

The 2017 changes impact situations in which there are not three or more independent physicians, surgeons, chiropractors or specialty practice groups available in the employee’s community.  In such circumstances, medical panels must now contain three or more independent providers or specialty practice groups not associated in practice together within a 125 mile radius of the employee’s community.

At least one of the options on the panel must be independent of the other two. This will be particularly important for employers located in rural areas where the choices for medical providers is limited. This change was effective May 18, 2017.

Another important legislative change is the creation of a vocational rehabilitation program within the Tennessee Bureau of Workers’ Compensation. Specifically, the “Second Injury Fund” has been renamed the “Subsequent Injury and Vocational Recovery Fund.” The Fund now has a new responsibility to determine the appropriateness of applications for vocational recovery assistance and to pay out such benefits.

Assistance is capped at $5,000 per employee per fiscal year and must not exceed the total sum of $20,000 per employee who participates in this program for all years. The total aggregate amount to be paid from the Subsequent Injury and Vocational Recovery Fund is limited to a total of $500,000 in any calendar year. This new vocational recovery assistance is applicable only to injuries occurring on or after July 1, 2018, and a sunset provision prohibits it from applying to injuries on or after June 30, 2021.

The Tennessee legislature also made a small but important change for death benefits. Under prior law, recoverable burial expenses were capped at $7,500. Under the new law, the cap has now been increased to $10,000 – an adjustment to reflect the ever-increasing costs for funerals. This change was effective May 18, 2017.

The recent legislative changes further alter the utilization review system. Employers are now restricted from sending certain medical recommendations to utilization review in the early days of a workers’ compensation claim. For instance, utilization review may not be used for diagnostic procedures ordered in accordance with the Medical Treatment Guidelines by the authorized treating physician within the first 30 days after the date of injury.

Likewise, utilization review may not be used for diagnostic studies recommended by the treating physician when the initial treatment regimen is nonsurgical, no diagnostic testing has been completed, and the employee has not returned to work. The clear intent of these two provisions is to prevent medical treatment at the outset of the claim from being hindered by what the legislature views as unnecessary disputes over medical necessity. This change was effective May 18, 2017.

Once sent, the utilization review organization must render a determination about medical necessity within seven business days of receipt. However, a regulatory change for 2017 provides that a utilization review decision to deny a recommended treatment shall remain effective only for a period of six months from the date of the decision without further action by the employer. Thus, any requests that come from the treating physician with regard to the same type of treatment remain prohibited under that initial utilization review denial for a period of six months.

However, there can be circumstances in which the treating physician documents some material change that supports a new review or other pertinent information that was not used by the utilization review organization in making its initial determination. The new regulations also clarify that treatment recommendations shall not be denied if they follow the Bureau’s adopted Medical Treatment Guidelines.

Another important set of regulatory changes from June 2017 involved the implementation of new procedures for penalty assessments and contested hearings. The new regulations clarify that a Bureau employee may accept information concerning possible non-compliance or a possible rule violation from another Bureau employee, from within the Bureau, from within the Department of Labor, from other governmental agencies, through an investigation or inspection, from governmental records, or from any lawful source.

Unsurprisingly, this represents a great expansion of the possible sources where a penalty referral can originate. The new regulations also outline a comprehensive and detailed procedure for the initiation, investigation, hearing, and appeal of penalty assessments. While an in-depth discussion of these new procedures is not appropriate for this article, a definite conclusion may be drawn from the fact that the Bureau has invested so much time and energy in building this procedural structure – namely, that employers and carriers should brace up for the ramped up assessment of penalties in 2018 and beyond.

One place where the courts have been focusing their attention is penalties. For instance, in Berdnik v. Fairfield Glade Community Club, the Workers’ Compensation Appeals Board referred the employer to the Penalty Program for determination of whether a penalty was appropriate for the failure to provide a medical panel.

Likewise, in Johnson v. Stanley Convergent Security Systems, a single Appeals Board judge in a concurring opinion referred the employer to the Penalty Program for investigation of Employer’s actions in failing to provide Employee a panel of physicians. Interestingly, in both cases, the employers were referred to the Penalty Program despite prevailing on the issue of whether substantive workers’ compensation benefits were owed.

Again, this sends a clear message to employers that in 2018 the Bureau may heighten its enforcement efforts for the many potential penalties that exist under the Tennessee Workers’ Compensation Law.

The Appeals Board also addressed an interesting application of the Recreational Activity defense. In Pope v. Nebco of Cleveland Inc., a car salesman injured his knee participating in a “mud run,” which was a recreational charity event sponsored in part by his employer, a car dealership. The employee argued that his participation was “impliedly required” by the employer, due to pressure from a co-worker and general manager.

The Appeals Board rejected this argument, reasoning that although the employee may have felt peer pressure to participate, such pressure does not by itself amount to an express or implied requirement to participate. The employee also argued that participation in the event was during working hours and part of his work duties.

The Appeals Board also disagreed with this argument. While the mud run did occur during normal working hours, the employee was not paid for his time away from the dealership, he was not required to sell any cars while there, and he was not required to wear any clothing to identify him as an employee of the dealership. Based on these facts, the injury was found to be not compensable.

Conclusion
While 2017 did not bring any radical changes for Tennessee Workers’ Compensation Law, we did see several important additions and clarifications to the sweeping 2014 changes that are still in the process of unfolding. Stay tuned for more changes in 2018 as the system continues to evolve.

The ADA and reasonable accommodation issues regarding service animals 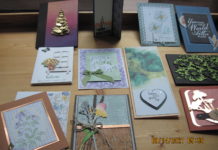