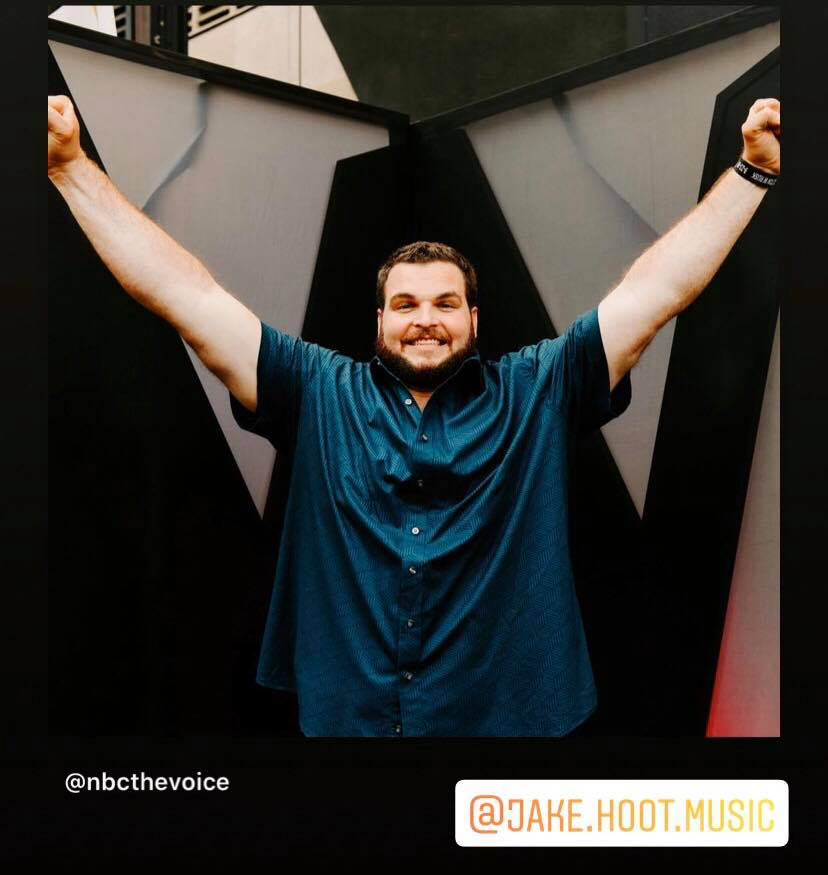 LOS ANGELES – Cookeville musician Jake Hoot has advanced to “The Voice” semi-finals and is one step closer to being crowned the winner on Dec. 17.

On Monday’s live Top 10 show, Hoot performed Rhett Akins’ country song “That Ain’t My Truck,” dedicating it to a lost family member he grew up playing country music with.

“I’m singing for my cousin Colton who was killed in Afghanistan,” Hoot explained. “He was a Marine. Colton has been gone about nine years. It’s been hard on the family, it’s something we think about all the time.

“I wear a bracelet that’s got his name on it,” he added. “I always look down on my guitar to watch my hands play the chords. It’s a cool reminder to see his name there.”

In the audience for Monday’s show were Hoot’s aunt and uncle, Kathy and Darrell Rusk, parents of Hoot’s cousin, LCPL Colton Rusk.

The song resonated with the viewers and for the third consecutive week, Carson Daly announced that Jake Hoot was the most streamed artist on “The Voice.”

The streaming bonus combined with votes on “The Voice” app and NBC.com page at http://www.nbc.com/VoiceVote, catapulted Hoot into the Top 8 with only two shows remaining.

After Monday’s performance, the coaches were wowed, with Gwen Stefani raving that Jake gave his “best performance” so far on “The Voice.”

“You are just an ordinary guy with an extraordinary voice. You are a star,” Stefani gushed.

Blake Shelton agreed, saying, “As hard as it is for me to say, Kelly is doing an incredible job with you. I got to be honest, man. Sounds great. You’re with the coach you need to be with…you’re killing it.”

“Hell has frozen over,” said Kelly Clarkson, shocked that Shelton admitted she was doing an “incredible job” coaching Jake.

“Honestly, I don’t do anything,” Clarkson added. “Your family’s gotta be so proud. It’s not like watching anybody on this show, it’s like we’re watching your show. You are so good, you know that. Don’t get a big head.”

During Tuesday night’s show, Carson Daly asked Hoot what it would mean to him to make the semi-finals. Hoot replied, “Going from never thinking I’d have an opportunity to play on a stage like this to the possibility of moving on to the Top 8 is just a dream come true. I’m eternally grateful to all the country music fans and all the ‘hooters’ out there.”

Next week, the Top 8 will perform with four being eliminated. Then, on Dec. 16, the four remaining contestants will compete in the finals with the winner being announced live on Tuesday, Dec. 17.