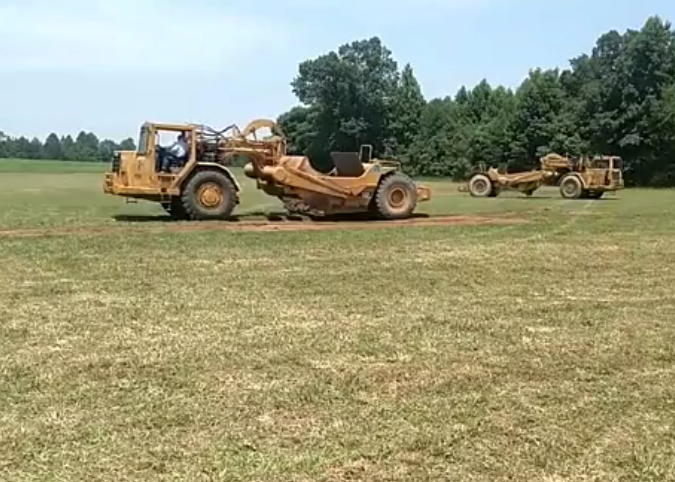 WHITE COUNTY – Dirt is officially moving at the site that will soon be home to White County’s newest industrial tenant – and the county’s largest industrial investor.

Local leaders and members of the Hörmann, LLC team gathered Friday to celebrate the official ground breaking of the site of a new facility for the German garage door manufacturer.

To celebrate, ceremonial shovels and hardhats were skipped over for heavy machinery, which included elevating scrapers, to officially break ground instead.

Preliminary designs indicate the facility, which will be constructed near the Upper Cumberland Regional Airport, will be approximately 350,000 square feet; 20,000 of which has been set aside to house office space, training facilities, and a showroom.

The White County plant will be the manufacturer’s second US-based production facility. Hörmann also operates four service centers across the US including one such center located in Nashville.

Hörmann has estimated first runs of production at its White County plant could begin as early as mid-2019.