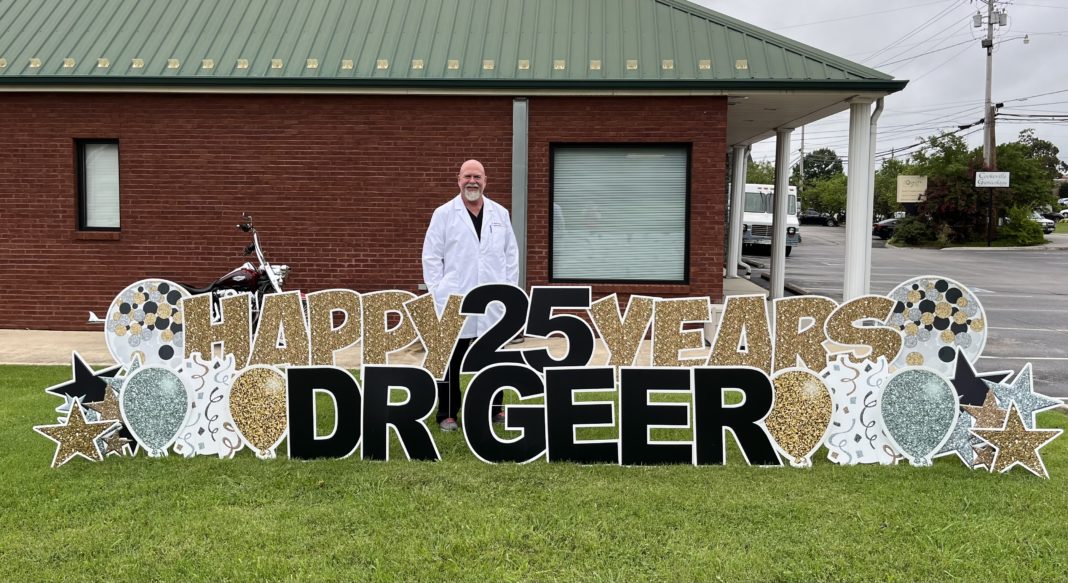 COOKEVILLE – Cookeville Gynecology & Urogynecology recently celebrated Dr. Bert Geer for his 25 years of service in the Cookeville medical community. As an OB/GYN in Cookeville since 1997, he delivered thousands of babies until mid 2011.

Since August 2011, his practice has focused on providing gynecology and urogynecology services to women throughout the Upper Cumberland region.

Due to his specialized practice, Geer was board eligible for the newly established subspecialty of Female Pelvic Medicine and Reconstructive Surgery (FPMRS), formerly known as urogynecology. In 2014, Geer became the first and remains the only board certified FPMRS physician in the Upper Cumberland region.

Through his own continued education and training as well as the teaching of others, Geer has made lasting contributions to the quality of healthcare in our local community as well as other communities.

Geer’s leadership and guidance have changed not only the gynecologic services, but also other surgical services provided at Cookeville Regional Medical Center (CRMC), such as the robotics program. Physicians from several states have travelled to Cookeville to observe Geer operate, and he has traveled throughout the eastern U.S. training physicians to perform procedures.

Geer was the first surgeon in the Upper Cumberland to perform total laparoscopic hysterectomy, as well as the first gynecologic surgeon at CRMC trained to use the DaVinci robot. His extensive training and expertise have brought patients from outside the region and state to CRMC for their care.

Geer’s knowledge and dedication are reasons patients can feel confident that they will receive quality care right here in the Upper Cumberland at CRMC.