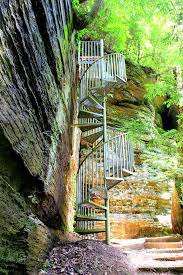 FSC has served for nearly 30 years as the official support organization for South Cumberland State Park.

“We are proud to continue to serve as the official support organization for over 31,000 acres of breathtaking Tennessee wilderness.” said FC President Trae Moore. “Our leadership and strong volunteer base have helped conserve land, build and maintain trails and support our Park Rangers in the areas comprising both of these spectacular Tennessee State Parks. Going forward, we intend to continue that service to both parks.”

The relationship is strong.

“We have had a longstanding working relationship with our Park Managers and Rangers,” noted Moore. “We’re currently involved in major trail improvements in the Greeter Falls area of the new park.”

He noted that FSC has projects underway in the original portion of South Cumberland State Park, which includes the Fiery Gizzard and Lost Cove areas of Grundy, Marion and Franklin Counties. Moore says FSC will continue to work closely with South Cumberland State Park Manager George Shin and his team on improving trail conditions, creating new backcountry campgrounds and offering educational programs to elementary school students from across the region.

“We feel it is important for everyone to know that the Friends of South Cumberland State Parks. Inc. will continue to operate as a 501(c)(3) nonprofit organization in support of both parks,” Moore explained. “Now, more than ever, we value the financial and volunteer support of our stakeholders in order to meet the urgent needs and priorities of both of these spectacular State Parks.”