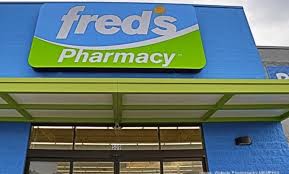 UPPER CUMBERLAND – Fred’s began 2019 with six stores across the Upper Cumberland, some with pharmacies, but will end the year with none as the discount retailer has filed Chapter 11 bankruptcy. The company will begin the “orderly wind-down of operations” and commence liquidation.

Livingston has the only Fred’s Pharmacy remaining open in the UC at this time. Monterey Drugs recently completed the purchase of the files of the Monterey Fred’s Pharmacy to ensure patients continue being served.

The company is committed to ensuring an orderly wind-down of its operations and has commenced liquidation sales at all retail locations, which are expected to close over the next 60 days. The Company expects to continue fulfilling pharmacy prescriptions at most of its pharmacy locations, while it continues to pursue the sale of its pharmacies as part of the court supervised proceedings.

“Despite our team’s best efforts, we were not able to avoid this outcome,” said Joe Anto, Chief Executive Officer at Fred’s. “I want to thank all of our employees for their hard work and continued support of the company as we wind down our operations.”

Monterey Drugs completed the purchase of pharmacy files from Fred’s Monterey pharmacy two weeks ago, and customers can continue to fill their scripts at the Monterey Drugs location.

Monterey Drugs owner/pharmacist Brad Vaughn was approached by a broker in July about purchasing the pharmacy business from Fred’s, and at that time he wasn’t interested, but soon changed his mind.

“I’m born and raised here and take a lot of pride in being able to serve my community, so I thought that would be the best thing I could do for my community to go ahead and purchase those files and make it a smooth transition because I didn’t know what could happen with Fred’s,” said Vaughn. “They could file bankruptcy and people not know where their prescriptions were going, but I felt that the time was right, and we should go ahead and do it.”

Customers transitioning from Fred’s to Monterey Drugs will see some familiar faces. Long-time Monterey pharmacist Cliff Bishop has joined the staff along with two of Fred’s pharmacy techs.

“We’re actually super excited about teaming up and having them on our team,” said Vaughn.