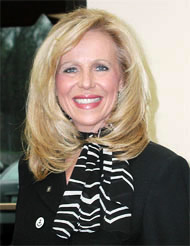 During the plea hearing, Askins admitted she used UCDD and CRDC funds to purchase a property she named “Living the Dream,” which was supposed to serve as an assisted living facility for senior citizens. Shortly after purchasing the home, Askins and UCDD Deputy Director Larry Webb set up a company called L.A. Management to operate the senior facility; Askins subsequently converted a portion of the property that was owned by the public agency into a home for her daughter and herself. Her upgrades to the property included adding elaborate, luxury showers in the bathrooms used by the Askins; wiring another bedroom to service a tanning bed, and spending an additional $25,000 to erect a double-winding staircase.

Askins admitted she moved money belonging to UCDD and its components to Living the Dream bank accounts, without the approval of the boards of directors. Askins attempted to hide the unauthorized transfer of other UCDD funds by directing an employee to falsify the minutes of a board of director’s meeting, in order to conceal the fact that she had spent a total of $233,000 without board approval. She also admitted that she lied to the media, board directors and UCDD attorneys about why the meeting minutes were incorrect.

Askins was placed on administrative leave in February 2012; she subsequently resigned her post that March.

Askins will be sentenced Oct. 28. Federal program fraud carries a maximum penalty of 10 years in prison, a $250,000 fine, and up to three years of supervised release following a term of imprisonment.

Webb, a co-defendant, pleaded guilty to bank fraud in August 2015 and is currently scheduled to be sentenced Sept. 19.