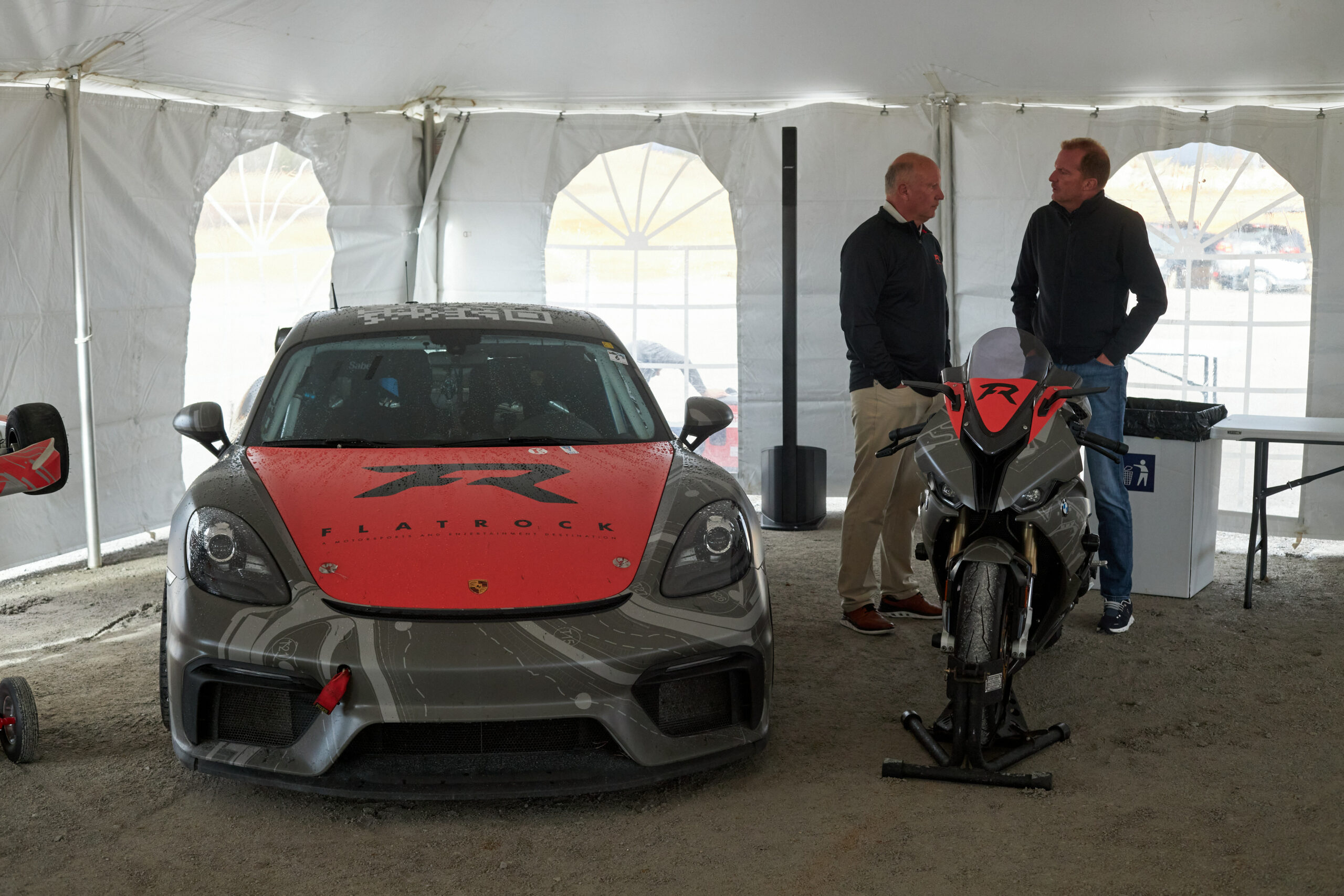 Cumberland County – Revving engines echoing through the rolling hills of the Upper Cumberland, tires squealing, and race cars fighting for the checkered flag while fans from all over the world roar will soon change from grand ideal to ultimate reality. Tuesday morning, Flatrock Motorsports Park and Motorclub broke ground on the 773-acre tract of land soon to become the epicenter of motorsports, not only in the state but possibly the world.

The proposed grand prix and club track will sit less than a day’s drive from 75% of the U.S. population. The goal is to bring some of the biggest races and racing stars in the world to the Upper Cumberland. Flatrock calls the proposed track “Tennessee’s world class motorsports and entertainment destination.”

The first phases of the park are scheduled for the spring of 2023. Designed by world renowned Tike Engineers & Architects, after all the phases are complete, the race fan Disney World will feature a 3.50-mile private Member’s Club track, a 2.67-mile grand prix track and a 5.9-mile endurance track.  The club track will feature a 127 ft elevation change with a 2.04-minute average lap time and should allow an average speed of 101 mph.

“The Tennessee landscape with its natural and rolling elevations cradle this course design and create over 34 dynamic turns for racing enthusiasts to visit and enjoy. It is destined to become a premier motorsports destination in the United States and Internationally,”  said Mark Ezell, Commissioner of Tennessee Department of Tourism.

The grand prix, which, along with the endurance track, could draw races from F1 to Indy Car, features a 58 ft elevation, average lap time of 1:52 and an average speed of 93 mph. Combined, the full circuit is almost 6 miles of challenging and unique driving, setting it apart from other high performance racetracks in the United States.

“A Tennessee Motorsports Park is a legacy project for me, and I am excited, along with our partners, to bring it to Cumberland County, Tennessee,” said Rusty Bittle, developer and founding partner of Flatrock Motorsports Park.

Members of the private Motorclub campus will enjoy a paddock, luxurious clubhouse with a restaurant, lounge and a day spa. Other features of the state-of the-art facility will include premium garages, rooftop viewing options, track side villas, a multipurpose pit building with race control, meeting spaces and many more perks.

Breaking ground – Partners and officials helped get Flatrock off the ground.

In the future, Flatrock looks to expand, not only with the grand prix track, but also with a landmark hotel, destination restaurant, campground, brewery, winery, additional hotels, a retail center and a natural amphitheater to play host to major live concerts and special events throughout the year.

Investors Don and Brad Ward, brothers and business partners from South Carolina, were born into grease, oil and motorsports. Their father made sure of that. Their adolescence was spent around tracks and race cars, and they want to share those experiences with the next generation.

Other Flatrock investors include Tennessee business leaders Kevin Clayton and Teddy Phillips, both of whom joined Bittle as partners in the long-planned project. They all share a passion and love for high performance racing.

Clayton has competed in the Ferrari Challenge and Skip Barber Race Series. He is also a founding investor in the Music City Grand Prix. Phillips, the CEO of Phillips & Jordan, a heavy/civil infrastructure contractor, and also a Music City Grand Prix investor, has been a lifelong race fan. Flatrock Motorsports Park is estimated to generate the same economic impact or greater than other large tracks of this type during the first five years of operations.

Flatrock Motorsports Park is expected to open Phase 1 in Spring 2023.